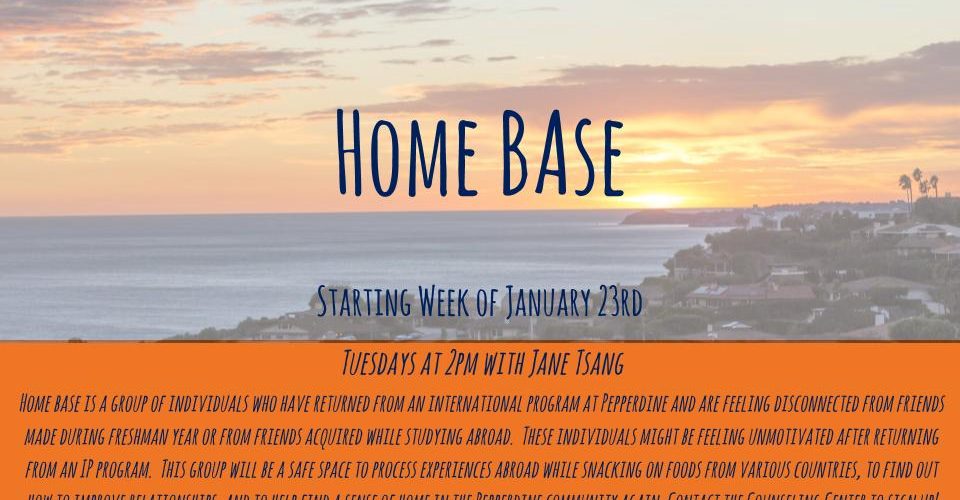 The Counseling Center created a new group for students returning home from abroad called Home Base.

Home Base is a “gathering of students who have studied abroad through International Programs at Pepperdine, and come home feeling disconnected, unmotivated, or even noticing changes in their environment, perspective, or life,” Jane Tsang, on of four staff therapists on campus, said.

Home Base was started by Tsang. She, along with other full time counselors, recognized a common theme that many students who return home from abroad go through. She decided to create this group to help students who may be struggling with adjusting back to the life in Malibu.

“What compelled me to start this group was if there are so many individuals with similar stories, feeling like there is no one else to connect to, then why not have a platform to bring these students together,” Tsang said.

Most importantly, Tsang said she is hopeful that the members of the group will be able to learn something about themselves, and each other.

Philene Sengpaseuth, a junior who studied abroad in London last year, thinks this group will be a great option for students returning home.

“The adjustment from abroad to Malibu can be difficult and it’s always good to be able to talk about it with people who understand what you’re going through” Sengpaseuth said. “It’s all about starting somewhere and getting the momentum.”

Topics discussed in the group include why compelled them to join, what objectives they have, and what goals they want to accomplish through the time spent together, Tsang said.

Tsang would love to see it be a self-forming group, primarily run by students.

Rachel Ripp, a sophomore who is currently studying abroad in Lausanne, Switzerland, said in a phone interview the group is a great way to help integrate students back into the Malibu campuses.

“It is such a beneficial program for abroad students coming back because we’ve been surrounded by a small community that we’ve grown really close to and won’t see them nearly as much next year, so it seems like the perfect program to re-assimilate,” Ripp said.

A few staff members and students have reached out to Tsang and expressed their opinions about the group.

“Although it is still early, generally feedback from staff as well as a few of the students I have spoke to sound like it is a positive thing, but it is quiet so far,” Tsang said.

To help Tsang and the Counseling Center spread word about Home Base, the IP office has emailed students who have returned home from abroad. Additionally, there will be posters and flyers released next week.

Tsang held the first group meeting last week and said she is hopeful the group will continue to grow each week.

Home Base is opened to everyone, and Tsang is hoping that this group can create a sense of stability for the members.

“They experience so many different things, amazing things even, and so coming back can be complicated for a lot of them,” Tsang said.

For all students who are interested, contact Jane Tsang at the Pepperdine Counseling Center to get involved.

Some Students Say "I Do" to Ring By Spring, Others Reject 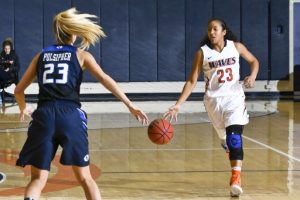 Photo courtesy of Martin A. FolbPepperdine Women’s Basketball looked to jump ahead in the West Coast Conference standings...
Copyright 2013 Jupiter Premium Magazine Theme
Back to top