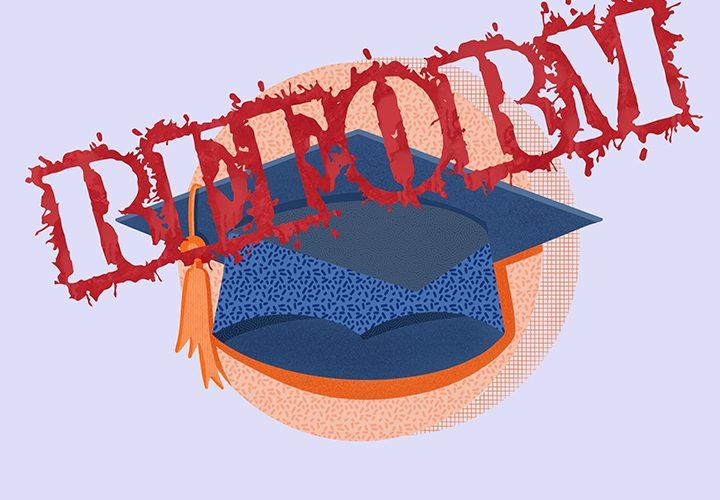 “Promises make debt, and debt makes promises,” states a Dutch proverb. For millions of Americans, the promise of a better life through higher education led to $1.5 trillion in total student debt, according to the Federal Reserve. Coupled with a rising number of jobs requiring college degrees, these facts have made college costs a salient issue both in politics and on campus. Several Democratic presidential contenders are promising student debt forgiveness and free public college, and the Pepperdine community has engaged in an ongoing discussion about soaring tuition and debt cancellation.

While well-intentioned, these solutions fail to address the underlying causes of higher education’s rising costs while causing foreseeable negative consequences. For example, widespread debt cancellation would disincentivize colleges from lowering costs and also have the regressive effect of bailing out high-income households, according to the Urban Institute.

Rather than overhauling the entire system, reforming secondary education to reduce the need for college and addressing the causes of runaway college costs would more effectively lower the price of college.

As the economy shifts toward the technology and service sectors, the value of a high school degree has dropped by over $20,000 since 1970, according to the Brookings Institution. This explains some of the rising demand for college degrees.

However, some of this decline is due to high schools’ failure to educate, with a Center for American Progress study finding that 40 to 60% of first-year college students require remediation in math, English or both.

Reforming high schools so that graduates have a mastery of basic subjects while increasing vocational training in trades and technical professions reduces the need to go to college to get a well-paying job. The U.S. can learn from countries like Sweden, where robust high school vocational programs lead to lower college attendance than in the U.S., according to Statistics Sweden.

Although many people advocate for high school reforms, very few address the root causes of rising costs within universities, such as increased administrative overhead. A 2014 Delta Cost Project study reported that the average ratio of faculty to administrative staff at universities is 2.5 faculty per administrator.

College sports programs add as much as $10,000 to tuition at many schools, according to the James G. Martin Center. Even federal student loans, ostensibly designed to make school affordable, contribute to tuition hikes, with the New York Federal Reserve finding that tuition rises 65 cents for every new dollar offered in aid. Together, these factors make up a large percentage of the rise in tuition.

While politicians babbled about rising costs for years, people like Ben Nelson decided to actually do something about it. Nelson founded the Minerva School in 2012 with the goal of providing a world-class education for half the cost. In a speech at the American Enterprise Institute on Jan. 23, 2019, Nelson explained that increasing access to education “means first and foremost lowering the cost of education,” and since nonacademic matters are driving up costs, “you have to address those first.”

By excising many of the costs of traditional universities, like campus real estate, athletics and bloated administrative bureaucracy, Minerva is able to lower the financial barrier to college. This solution shows that ditching the typical university’s decadence lowers costs without sacrificing outcomes.

However, grandiose slogan-based solutions like “free public college” and “cancel student debt” appeal more to emotion than actual effective change. Instead of supporting massive structural overhauls, students need to advocate for reforming both the excess college costs and the failing high school system that got America into this expensive mess in the first place. 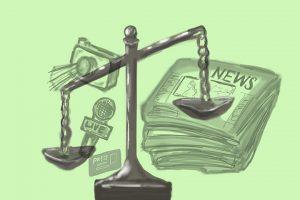 Art by Ally Armstrong The media coverage in the aftermath of last week’s helicopter crash in Calabasas serves as yet another...
Copyright 2013 Jupiter Premium Magazine Theme
Back to top