By Stasia Demick and Wen Chen 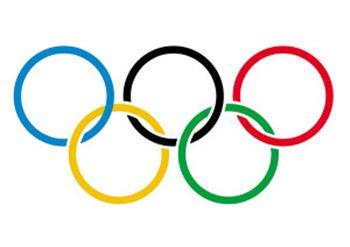 Before the Winter Olympics commence on Feb. 6 in Sochi, the Games face hot and cold reactions from fans and critics.

The Winter Olympics will commence in Sochi today, with host Russia uniting the world in games that stand for competition, pride and peace. That underlying intention of the Olympics is often overlooked in the frantic chaos of media gossip and superficial chatter about skiers’ flashy snow gear, but Sochi will be a traditional Olympic game in regard to its emphasis on unity among nations.

On Feb. 4, the Olympic Truce Wall opened in the Olympic Village, a place where athletes from different countries may leave their hopes for world peace to be read by all. Russian youths and Ambassadors of Peace created this movement to remind athletes, spectators and nations about the true spirit the Games ignited with the passing of the torch to Sochi.

A press release by the official Sochi website said it best: “Athletes of the Olympic Winter Games in Sochi, Ambassadors of Peace, the young people of Russia welcome you! You represent many different countries and continents, but sports unite you all. The Sochi 2014 Games demonstrate the unity of people in the diversity of culture, religion and ideology. The spirit of the Olympic Truce is in this. Together let’s call on all people to observe the Olympic Truce and strive for long-term world peace.”

Since Russia and the United States have had rocky relations in the past, it is all the more important to recognize that the Olympic Rings themselves stand for the undeniably intertwined nature of our countries. Every four years, we see athletes hit the snow and ice to achieve incredible heights, and we gather in pride behind our respective nations.

You don’t have to be a professional athlete to be entranced by the talent of these Olympians young and old, you just have to be human. Each of their stories reflect something we too posses: a passion. Whether it be sport, community, talent or aspiration, we all seek to do better with ourselves in some way. This is the spirit of the Olympic dream: to achieve what no one else can. It’s to prove that we aren’t crazy to desire greatness. Or maybe it teaches us that we all are a little crazy, and that’s what makes champions.

There are many hopeful crazies like us that will represent the United States in Sochi. Here are some to look out for this month.

Snowboarder Shaun White, the 2006 and 2010 gold medalist in the half-pipe, and fellow snowboarder Lindsey Jacobellis, who was one crash from taking a medal in the last Winter Games, will be looking to expand their medal collections.

Then, there’s Lolo Jones, the Summer Olympic’s competitor who was favored to win the 100-meter hurdles but fell over a hurdle into a crushing 7th place finish. Jones qualified to compete on USA’s bobsled team.

From “Ice Princess” to “Blades of Glory,” America loves figure skaters. That said, it may come as a surprise that Americans have never taken gold out on the ice for team figure skating. Meryl Davis and Charlie White are looking to break the curse in this year’s games.

Finally, alpine skiier Mikaela Shriffin is among one of the youngest competitors in the 2014 Winter Olympics at 18 years old. Often compared to Lindsey Vonn, Shriffin is making a wake of her own out on the slopes after capturing the 2014 Slalom World Cup.

Sochi continues to set records, including holding a high of 98 different events, 12 new competitions like ski and snowboard slopestyle, ski half-pipe and women’s ski-jumping. In addition, Sochi is the first Russian-held Olympic Games since the collapse of the USSR in 1991, and will be the warmest Winter Olympic location averaging about 50 degrees.

The 22nd Winter Olympic Games will stand testament to the purest spirit of the games. Every four years, we gather together to celebrate the profound human love for community, competition for excellence and hope. I believe in Sochi we should focus on the hope for international peace. The Games are, after all, the greatest example of nations coming together regardless of heated diplomatic tensions, and cooling down aggression in order cheer for and celebrate the endurance and tenacity of the human spirit.

What do animal rights abuse, terrorist fears and anti-gay policies have in common? The answer may be unexpected: the 2014 Sochi Olympics. The 22nd Winter Olympic Games begin today, Feb. 6, but the winds of controversy have been howling around Sochi for some time now.

From the eve of this event, the games served a political purpose. The Olympic festivals were a peaceful influence on the warlike Greek city-states of Athens and Sparta and, even though the term is anachronistic, fostered international cooperation. Approximately 1,500 years after the fall of the Greeks to the Romans, which spelled the demise of the ancient Olympic Games, the Olympic spirit was revived again by Baron Pierre de Coubertin of France. From the first competition in Athens in 1896, which involved 241 participants from 14 nations, the games have grown considerably to the multitude of 10,960 athletes from 205 nations at the count of the last Olympics in London. The Olympic Games have been a stalwart beacon of international pride, but what do the five interlocked rings symbolize today?

News coverage of this Olympics has been abuzz with construction woes, whispers of corruption and terrorist conspiracy — just days away from the opening of the Games. Russian President Vladimir Putin has staked his name on the bid to host the 22nd Winter Olympics in Sochi, but it may have been an ill-thought-out move on his part. Sochi is a summer resort town, lacking the necessary facilities to host an athletic competition on the scale of the Olympics. The Russian government has poured an Olympic record $51 billion into creating a new city, and with lackluster results. The reports streaming out of Sochi have made a mockery out of Russia, with complaints of inadequate housing and living facilities.

After the success of the Beijing Olympics (at the price of $44 billion) propelled China to even greater international repute, it is no wonder that Putin is planning to do the same for Russia. The Sochi Olympics is an opportunity to reestablish the glory of Russia and to dispel the overcast shadow of the demise of the Soviet Union, which has followed Russia even into the 21st century; but it seems like Russia’s $51 billion bill has only brought it criticism and greater disrepute.

Counter-terrorism experts have warned that they may be the prelude to more drastic action during the Olympic Games. A threat assessment done by UK officials cautions that an attack may come from the militant Islamist group, Imrat Kavkaz (IK), led by Chechen Emir Doku Umarov, who claimed the Volgograd bombings and have repeatedly expressed his intent to target the Games. In light of this, President Putin has gone on the defensive with what has been touted as his “ring of steel.” The Olympic site will look more like a military stronghold than an Olympic venue with all of Putin’s special touches: 100,000 police officials, soldiers and secret service personnel, drones and attack helicopters, advanced ground-to-air missile systems and Russia’s surveillance state monitoring phone calls and email, as well as tens of thousands of security cameras. It’s like a Mission Impossible movie with lots of action and CGI but a really bad plot.

The second concern is Russia’s readiness to host the masses that will descend upon Sochi over the duration of the games. Despite expenditures for the Games already being at their highest in the history of the Olympics, Sochi seems to be a bottomless hole with suspicions of theft, embezzlement, bribery, and not to mention the more immediate problem of the lack of housing. With tens of thousands already arriving in Sochi this week, three of the nine hotels are still unfinished, leaving thousands without lodging, according to the NY Daily News. Furthermore, the organizers are still scrambling to ensure the city is ready for the world spotlight and recently caused another international furor that surely won’t please animal rights activists with a move to exterminate all stray dogs in and around the Sochi venue. All this on top of brimming complaints about the Spartan living conditions – three athletes are assigned to a room, water is not safe for use and Wi-Fi is not operational.

And as if Russia needs any more bad press at the moment, there have been movements to boycott the Sochi Olympics from the LGBT community expressing outrage over Russia’s anti-gay policies, which has already seen backlash locally and internationally.

It seems like Putin has bitten off more than he could chew with the Sochi Games, and he might be regretting this decision by the end of the Winter Olympics — if he doesn’t already. 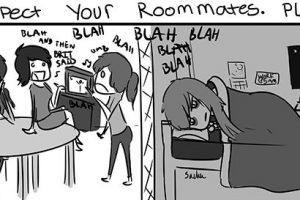