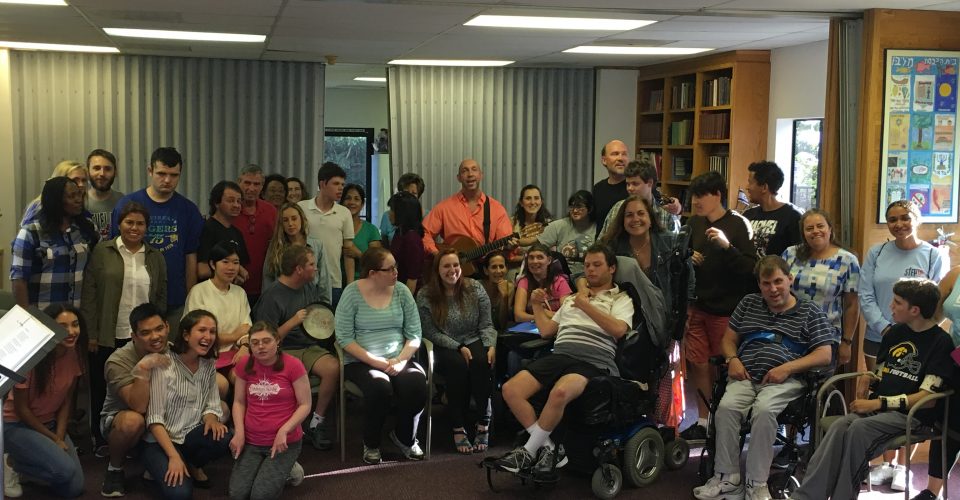 For five years, Pepperdine students and young adults with special needs have worked hand in hand to foster a sense of community in Malibu.

The Pepperdine Volunteer Center joined with local Malibu charity Hand in Hand last Thursday and kicked off its first meeting of the school year at the Malibu Jewish Center and Synagogue. The program, which aims to provide “young adults with special needs an opportunity to socialize with mainstream peers,” is entering its eighth year, according to its website.

“I just hope that we grow bigger and get more buddies and peer buddies in here,” Lisa Szilagyi, one of the co-directors and founders of Hand in Hand, said.

‘Buddy’ is a term used to describe the young adults involved in the program.

“The more people that we have participating, the better, and I know it’s going to be a fabulous year because each year we get bigger and better.”

Lisa Szilagyi, Cantor Marcelo Gindlin and Janet Hirsch Ettenger founded Hand in Hand in 2010. By fostering interaction between special needs youth and members of the community in a judgment-free environment, the program aims to provide a unique opportunity for connection across boundaries.

Thursday’s meeting began with a song led by Cantor Marcelo Gindlin. Volunteers and ‘buddies’ paired together and chose from a variety of crafts like preparing apple pastries, coloring and playing catch. Once the pastries were finished baking, the group reconvened to sing a range of songs like “Stand by Me” and “This Land is Your Land.” 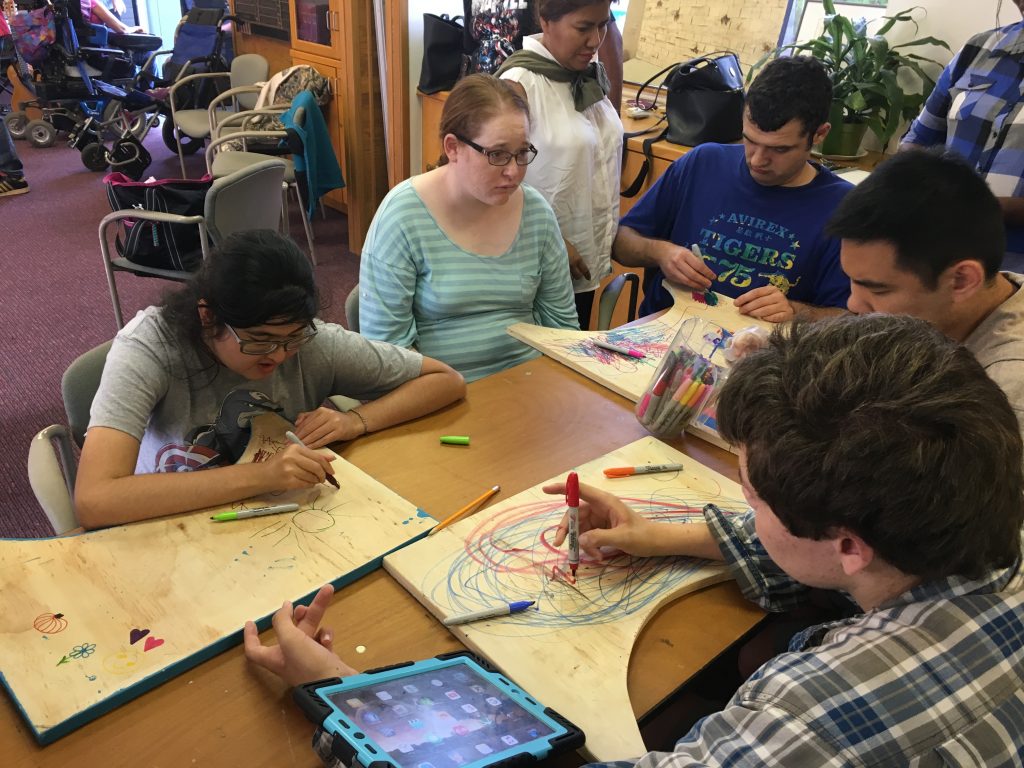 “We’ll just talk to them, see how their weeks were, ask what they did,” Brown said.

Brown said she was first drawn to Hand in Hand her freshman year after seeing an informational poster in her dorm. She later became so involved in the program that she only missed one week, due to sickness. She built lasting friendships with youths in the program and saw certain individuals undergo great transformations.

One nonverbal youth, in particular, underwent a great change during an event put on by the program.

“We had a karaoke day one day, and in the middle of it someone started singing one of the songs that he liked,” Brown said. “He had been really sad and kind of reserved for about a month and then he just finally opened up and was happy again.”

Music was also a source of inspiration for another youth, who was passionate about singing and playing piano. Brown said she distinctly remembered her playing “Somewhere Over the Rainbow” in a past meeting.

“A couple of the volunteers that worked with us were crying. It was just so beautiful,” Brown said. “I mean, I was tearing up, too, but she was just so good at it, and it sounded way better than the movie version, or like any version I’ve heard.”

In her second year working with Hand in Hand, Brown said she hoped more students would sign up to volunteer. Even more importantly, she said she hoped the experience would foster a sense of understanding between youths and volunteers and get students to see their peers as equals.

“A lot of people on their first time are reserved and quiet and don’t know what to say,” Brown said. “You could just treat them as an equal, and that way they’ll appreciate you more for it.” 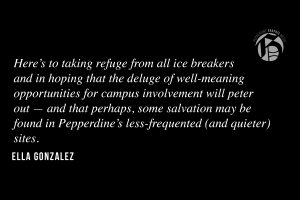 Graphic by Nate Barton Congratulations! You are an introvert. With the newfound knowledge of your introversion via Myers-Briggs...
Copyright 2013 Jupiter Premium Magazine Theme
Back to top