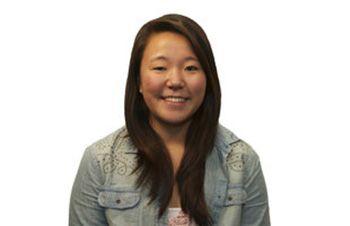 “I go to Barneys; I go to Gucci, Louis, YSL. I go everywhere — Rodeo Drive, Vivienne Westwood, Marc Jacobs, Joyrich. I’m all around,” Russel Westbrook said to Steve Marsh of GQ in April 2013.

Once upon a time the likes of Allen Iverson sauntered out of NBA stadiums in sagging jeans, an oversized shirt and dripping in bling.

David Stern couldn’t have his players relaying a bad League image, so he smacked down a dress code:

“Players are required to wear Business Casual attire whenever they are engaged in team or league business,” Stern said.

At first, people retaliated and argued that Stern was a big fat racist. Suddenly, some point following the outrage, a switch flipped.

Now Google “GQ, NBA” and look who pops up — Kobe Bryant, LeBron James, Derrick Rose, Dwyane Wade, Russel Westbrook, Chris Paul, Jeremy Lin — in three-piece suits with tie clips pictured next to teasers such as “Style Playbook” and “How to Dress Like a Pro.”

NBA commentary has elevated above the fashion talk of game shoes. The Jordan XX8s (the funky $250 ones with the eight-inch collar) were talked about, but talk of Westbrook’s leather button-ups and skin-tight capris circulated the web just as quickly.

I remember reading tweets during the 2013 finals scrutinizing Tim Duncan for looking like he shopped at Sam’s Club (ouch). However, Tim was fine as he continued posting up double-doubles as if he wasn’t approaching his 40s.

Meanwhile, there was also Derrick Rose injured on the bench, and people cracking jokes about how he was finally deciding to “suit” up — in a Gucci suit.

At the end of the day, the ball don’t lie. Video game statistics are what will enshrine players in the coveted hall of fame, not sock games or bow tie games.

But if you have a few million to spare, why not put some effort into a creative designer outfit? Maybe it’ll help earn you a spot on Jay Z’s Roc Nation Sports team.

At the very least, dressing well has the potential to lead to a solid source of revenue to keep up a lavish post-career lifestyle.

Steve Nash, Amare Stoudemire and Jermaine O’Neal represent a few of the NBA stars with independent clothing lines. Boris Diaw went a step further in developing a line with the goal of raising money for charity.

Maybe these guys are on to something, or maybe they just want to look good while playing the sport they love. Either reasoning won’t make the games or the post-game press conferences any less fun to watch. 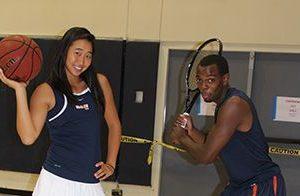 Photo by Paola Ramos An athletic team is only as good as its athletes, and at a four-year college the pressure is even...
Copyright 2018 Pepperdine Graphic
Back to top