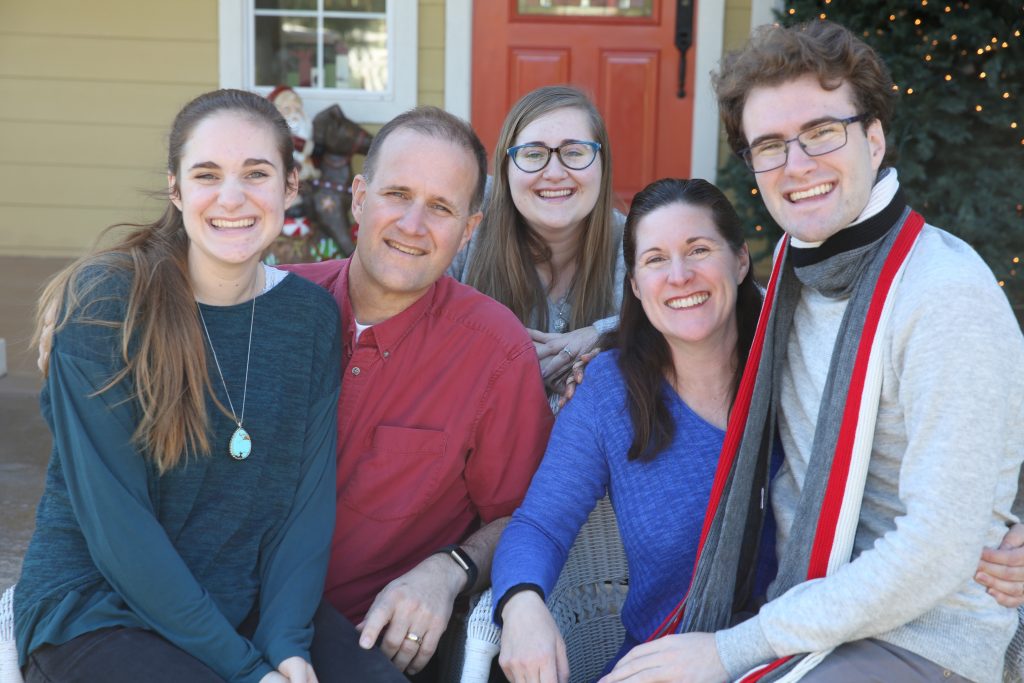 Living in Malibu for college is one thing but growing up in the seaside town is another entirely. Yet the children of many Pepperdine faculty members have the opportunity to do both.

Junior Joshua Gash is the son of Jim Gash, law professor and Pepperdine president elect. He grew up with his two sisters in a Malibu neighborhood just minutes from the university and attended Church of Christ services on campus from a young age.

“I’d come every Sunday and every Wednesday night to the campus,” Joshua Gash said. “So it really was always very familiar to me. It just always felt like home to me from a really young age.”

Joshua said he considers growing up at Pepperdine a perk. In fact, he recalled that in his first semester at Pepperdine, one of his professors was his former preacher.

“I kind of had all of the built-in connections coming here and then also just knowing where everything is,” Joshua said. “I knew how to get to all my classes, which was really nice.”

Joshua is a Psychology major with a primary mission to help others, although it did not always used to be that way.

“I was planning on being a Biology major,” Joshua said. “I was very good at biology, but I didn’t actually very much like it. But then I kind of had this sudden turn my second semester of my senior year where I just decided I wanted to help people. … I had gone through — and I had a lot of friends who had gone through — mental health issues in high school. I realized that I was actually good at helping other people, and I understood kind of the perspective of people who have who are going through mental health issues.”

Upon graduation, Joshua said he has many options with his degree.

“I think that in the long run, I’ll probably want to be a therapist or a counselor of some capacity,” Gash said.

Being a therapist or a counselor has many different routes within itself, Gash said.

“Either maybe in like an inpatient institution or in a rehab facility or even just opening my own practice for clinical therapy,” Joshua said. “I want to go to grad school and probably get a Ph.D. That’s my current trajectory.”

Joshua is not the first in his family to attend Pepperdine; his older sister, Jessica Gash, graduated in 2017. Because of how close his parents lived to campus, Joshua said he “paid close attention on how they treated her” and how she treated them. He also took note on how close of a connection they maintained, how often she would come home and how often she would ask for help.

Gash, however, found himself in the same spot as his older sister when his younger sister began applying to schools. Freshman Jennifer Gash, a Psychology and Religion double major, recalls her admissions process differently than Joshua Gash because of one crucial distinction.

“I’m the only one that applied to other schools out of the three of us,” Jennifer Gash said. “Josh said, ‘No, you’re not going to go there. You’re going to Pepperdine.’”

Although Joshua ultimately supported her choices, she said she believed that he knew Pepperdine was where she belonged.

“I tried not to let that influence me because he was the only one that was saying I was going to do this, but he knew all along,” Jennifer Gash said.

Going to college minutes from where he grew up ultimately proved challenging for Joshua as well.

“There were times when I kind of wanted to get away from it all, but there’s nowhere for me to go,” Joshua said. “When I go back home, I’m going across the street, not going to a different state, not even going like an hour north. So it’s just a lot of Malibu at once. So I think it was good that I went abroad to kind of get away from it.”

Josh studied in London during the 2017 academic year and served as the residential advisor (RA) for the program. However, the friendships he acquired during his time abroad began before he ever arrived in London. Junior Daniel Zarasua met him during the interview process for the RA position.

“Josh was in my house freshman year but we really only started to talk when we learned we were both going to London the next year and both going for the RA position,” Zarasua said. “He was excited to introduce me to Ben’s Cookies, and we agreed whoever got the residential position would take the other out to lunch in London.”

In London, Zarasua said Joshua was very knowledgeable of the area. Joshua said he had stayed at the London program while his father served as a faculty member abroad and already knew the director and the assistant director of the program.

The connections Joshua has found at Pepperdine extend to junior Nathan Heard, who also grew up as the son of Religion Professor Christopher Heard.

Heard said he met Joshua on several occasions before the two began to attend Pepperdine, from attending the same summer camps and church-related events. Heard’s friendship with Gash began during Base Camp — a Pepperdine Campus Recreation trip for first-year students.

“At Base Camp, I fell out of a tree and cut myself, and Josh was the one who took care of me,” Heard said. “Over that semester, we just got closer. We had dinner one time where we sat down with the intent of finding out more about each other, and that’s when we really hit it off as friends.”

While Heard said there are several things they both can enjoy about being enrolled at Pepperdine as a faculty member’s kin, including the ability to see their families more often, there are also negative aspects that he finds Gash relates to more than others would.

“There is occasionally an invasion of privacy,” Heard said. “But in general, it is nice to be here.”

Heard, Zarasua and Jennifer all consider themselves to be close to Joshua despite all commenting that they do not see him as frequently as they used to. What factor plays a role in what they all describe as a lasting connection?

“He values friendship and creativity and making memories with his friends,” Zarasua said.

“The main thing is just that he’s there when people need him,” Jennifer Gash said.

Ultimately, the answer lies with Joshua himself.