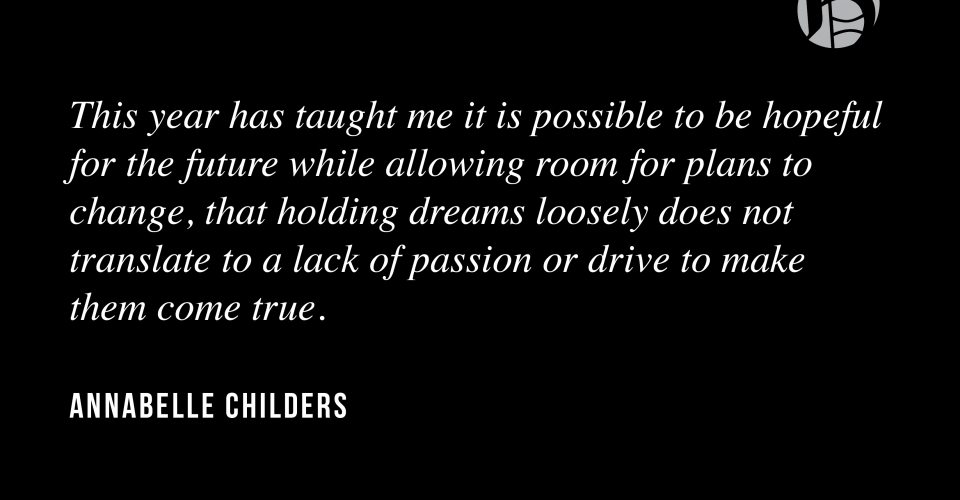 “Because if I take two years to work as a journalist before going to law school, then I could potentially…”

I trailed off and looked over at my mom, realizing I had lost her at some point along the way, perhaps when discussing my plan to become the next Rebecca Jarvis, somewhere on Highway 40 in New Mexico, or maybe Arizona.

It was April 2, and my mom and I were on day two of our trek from my home in Little Rock, Ark., to Malibu, where I was moving to complete the semester. We had just finished listening to the podcast series, “The Dropout,” hosted by Jarvis, which chronicles Theranos CEO Elizabeth Holmes’ rise and fall from grace. I was in awe of the hard-hitting investigative work done to bring the unethical practices of the company to light, and my mind was spinning, attempting to calculate how I could do something similarly impactful.

I had shown her my spreadsheets full of law school admissions statistics, discussed a trajectory for becoming an agent in the FBI, briefly mentioned a career in the Foreign Service and gone down a plethora of other career plan rabbit trails.

In this moment, after noting her silence, I asked my mom what she was thinking. My mom laughed and repeated a sentiment she had recited during my months at home.

In essence, she said, “Annabelle, you get set on a future plan and go so far down that path, only to reverse and set your sights on a different path. I’ve learned to limit my emotional investment in your dreaming stage because I know there’s a good chance the plan will change.”

My mom was not claiming to be apathetic, but she had determined she would hold her expectations loosely because my future was something she could not control and my planning had proven apt to change.

Analyzing the conversation, I realized there was truth in her statement that I could apply to life as I knew it.

This year has taught me it is possible to be hopeful for the future while allowing room for plans to change, that holding dreams loosely does not translate to a lack of passion or drive to make them come true.

I have seen so much good come from what I initially perceived as an endless string of COVID-19 related disappointments. My semesters at home allowed for more memories made with high school friends, a newfound love of running and even the time to dream big. By relinquishing my tight hold on the future, I became more joyful and intentional in the present.

So, as I look into the years ahead, I may yet be the next Rebecca Jarvis or Gloria Allred, or I might not! Regardless, I am grateful for a period of refining and learning to take the future in stride. 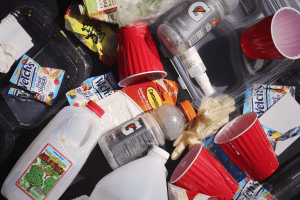 Recycled and thrown away plastic waste lay strewn across a table. To help reduce plastic waste, a Pepperdine professor and student...
Copyright 2013 Jupiter Premium Magazine Theme
Back to top