Give G(r)eek life a try 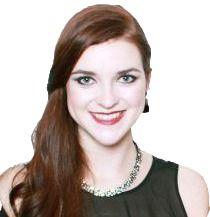 Three years ago, if someone told me I would be writing an article on why people should join the Pepperdine Greek system, I would have assured them that I wasn’t the type. Needless to say, I joined skeptically as a freshman, and it has been one of the best decisions of my college career. I am not your typical sorority personality, and I feared that I couldn’t possibly have mutual interests with the “type of people” in sororities and fraternities. I can now say that I couldn’t have been more wrong.

With bribery from my mother to “give it a try,” I hesitantly registered for Recruitment and prepared for what I thought would be the worst six nights of my life. Not only did I think I was above entering such a system, but there was also the fear that I would be entering a room full of 40 clapping and singing girls dressed in “snappy casual” attire only to have them tear me apart the second I left the room. I am an introvert; therefore, first impressions aren’t exactly my forte. As I looked around campus, I worried that my awkward shyness wouldn’t stand a chance against the perfectly done up, overly confident personalities that overwhelmed me during NSO.

A few nights into Recruitment, I felt guilty for assuming I wouldn’t have common ground with any sororities because I’d met girls who I liked in multiple rooms. My conflict suddenly changed from “Do I even want to be in a sorority?” to “Which one do I choose?”

Over the five nights before the final decision, one room stuck out to me every night. I chose the room where I felt most at home and comfortable, with girls who made me feel like I was one of them. Now I am one, and I couldn’t be happier.

My point in telling my story is that I didn’t have the typical Recruitment attitude, and I wasn’t as sure as all of the other girls seemed to be. I’m appealing to the people who are on the fence like I was — the ones who think they might be too different, too cool or too uncool. I am a nerd, I’m not stick thin, I like weird movies and music and I’m awkward. There is no such thing as too different, too cool or too uncool for the Greek system.

Recruitment can be overwhelming. The days are long, sometimes the conversations are awkward and the selection process seems cutthroat. At the end of it all, you have about 70 automatic friends who will act as your new support system for the next four years. Outside of your specific sorority or fraternity, you also have the entire Greek system to serve as a connection on campus. Had I written off the system as I had planned, I would have missed out on some incredible friendships that will certainly carry on post-graduation. The “perfectly done up, confident personalities” that terrified me then, are now some of my best friends, and I am fortunate to graduate in eight months with such amazing memories, most of which I owe to going Greek.

War: What is it good for? 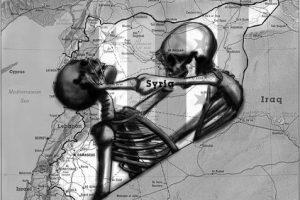 War: What is it good for?