Gamification: A New Tool for Education 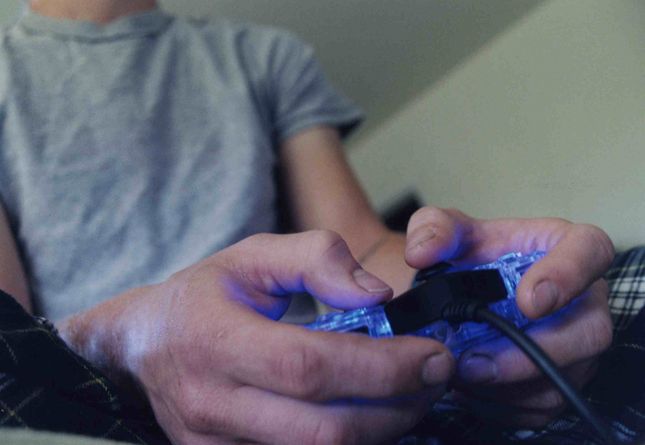 Turns out video games can be educational.

The course is part of the group’s Faculty Professional Development Program with the goal of offering professors new teaching tools that structure lessons that draw from concepts commonly found in video games. Technology plays a major role in the course as it allows for better and faster communication. Landon Phillips, Technology and Learning’s multimedia specialist and the person who chose the course subject, and Christopher Heard, the course’s faculty mentor and professor, both have experiences utilizing gamification in their courses.

According to Phillips, every year the Technology and Learning group picks a subject for its Faculty Professional Development Program. The Technology and Learning group asked Phillips to propose the subject for the sixth development program. Phillips said he chose gamification because it interested him. Having come from an advertising background, he worked with an agency closely associated with video games and movie producers.

“When I found out that [gamification] was also being implemented in education, that was definitely something that caught my interest,” Phillips said.

Those who participate in the course learn gamification concepts through a mixture of online activities and personal interactions, both Heard and Phillips said. According to Heard, the course is dependent on the Internet component. Heard likens the course a role-playing game. For their homework, participants would attempt to resolve scenarios within a virtual classroom through the use of the Courses site on Sakai, then debrief during the next seminar. Heard said the course sessions are like a brainstorming session to rethink teaching.

The same principles are also being applied to the course itself. Phillips said one of the assignments was for the participants to look through several articles on different gamification methods and give input. The plan is to use results to tailor the content to the participants’ interests, and give them a better understanding of how to implement these methods into their classes.

“That’s one of the things we’re trying to emphasize: You start small, you rethink one component of the class and then each semester you can expand that,” Heard said.

The course is split into six weekly seminars with a break in the fourth week, as the course’s official page indicates. A majority of the sessions are online via the use of Adobe Connect, though the first and last sessions are face-to-face on the West LA campus.

According to Heard, Adobe Connect is used to allow faculty from different campuses to participate. Had they chosen a fixed location for every seminar, Heard said participation would have gone down. According to Phillips, using online communication allows everyone to have an equal opportunity to be a part of the program.

“By using Adobe Connect, we can include in our seminar faculty who are at Irvine or West LA or Malibu,” Heard said.

The use of technology plays a role in the gamification course’s overall effectiveness, Heard said. Having used Courses for his religion classes for educational purposes, Heard said gamification’s implementation worked best through technology.

He likened his religion assignments to levels, starting off with a step-by-step reading process immediately followed by questions. Through Courses, he was able to prewrite productive feedback for his students when they went online to do their online assignments. Courses also allowed students to redo assignments, almost akin to a video game’s checkpoint system. According to Heard, technology was what makes such implementation possible.

John C. Buckingham III, lead instructional consultant of the Technology and Learning group, also said that technology is important to students of this era. With technology, he said professors are more than able to apply learning values and “offer exceptional content.”

According to Buckingham, students of this generation are expecting technology in the classroom.

“Technology in the classroom is really important in the level of institution here,” Buckingham said.

The utilization of technology could also prove to be beneficial to the participants, Heard said. According to Heard, the class gives professors who are expected to teach online or in classes that blend both online and face-to-face interactions, such as those from GSEP and GSBM, new teaching tools.The game constructed on Courses is a new tool in itself, Heard said.

So far, both Heard and Phillips said they viewed the seminars as being a success. According to Phillips, the participants seemed excited with the possibilities of gamification.

“I think we left them wanting more,” Heard said.

As for the future of the course, Phillips said if he was in charge [of the Faculty Development Program], he would want to have another gamification course in the future. There are several elements that Chris said they would like to implement into future sessions, such as an overarching story, to further motivate future participants.

However, Phillips said the future of gamification depends on the demand from teachers and from students.

DIF: A Masterpiece in Art 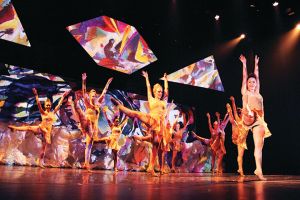 DIF: A Masterpiece in Art

Photos by Jenna Aguilera and Carissa MoselyDance in Flight 2015 kicked off on Thursday and finished Saturday night with...
Copyright 2013 Jupiter Premium Magazine Theme
Back to top