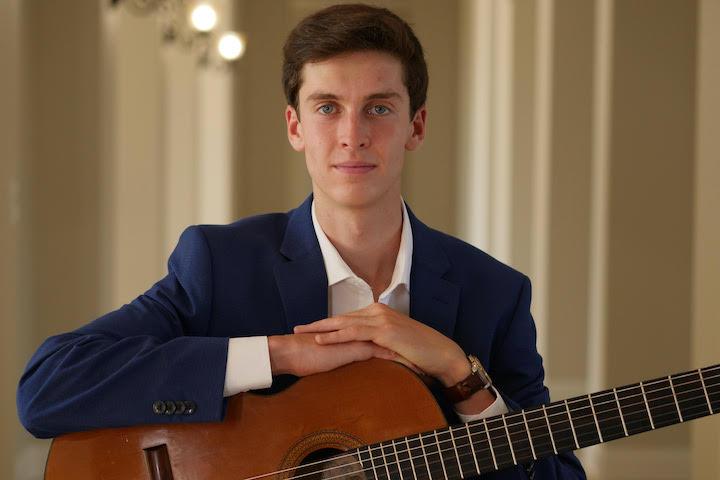 First-year musician Garrett Podgorski grasps his guitar for his album cover’s photoshoot at a home in Sun Valley. His album will debut within the next two months.

As a musician, first-year student Garrett Podgorski said he was drawn to Pepperdine because of its guitar program, which he believes is one of the best in the country in terms of classical guitar.

The Classical Guitar Performance major was born in Chicago, Illinois, but now lives in Burbank, California. 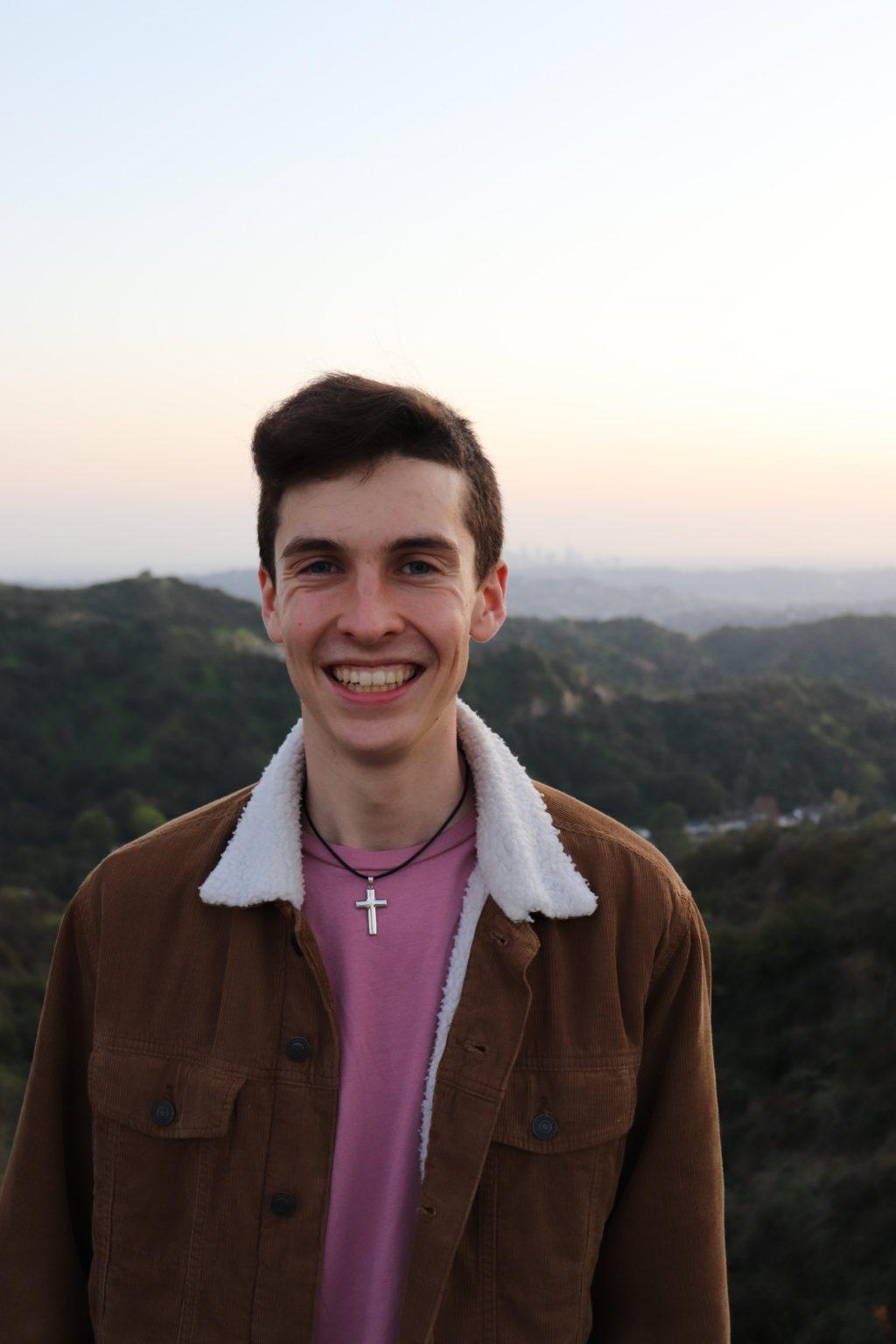 Guitarist Podgorski beams atop the San Gabriel Mountains, up the Angeles Crest Highway, in late February. He said he enjoyed the outdoor photo session with his friends.

Podgorski said he has a personal connection to Pepperdine’s guitar program because his guitar teacher, Kevin Enstrom, is an adjunct professor at Pepperdine.

“[Enstrom] was telling me about the program and I’ve kind of been involved ever since I was a freshman, so that was a big factor,” Podgorski said.

In high school, Podgorski said he dedicated himself to playing guitar. He competed in guitar competitions and even placed third in a competition hosted at Pepperdine.

“[In] high school, [my mindset] was very much like ‘get down and practice,’ and I practiced four to five hours every day,” Podgorski said. 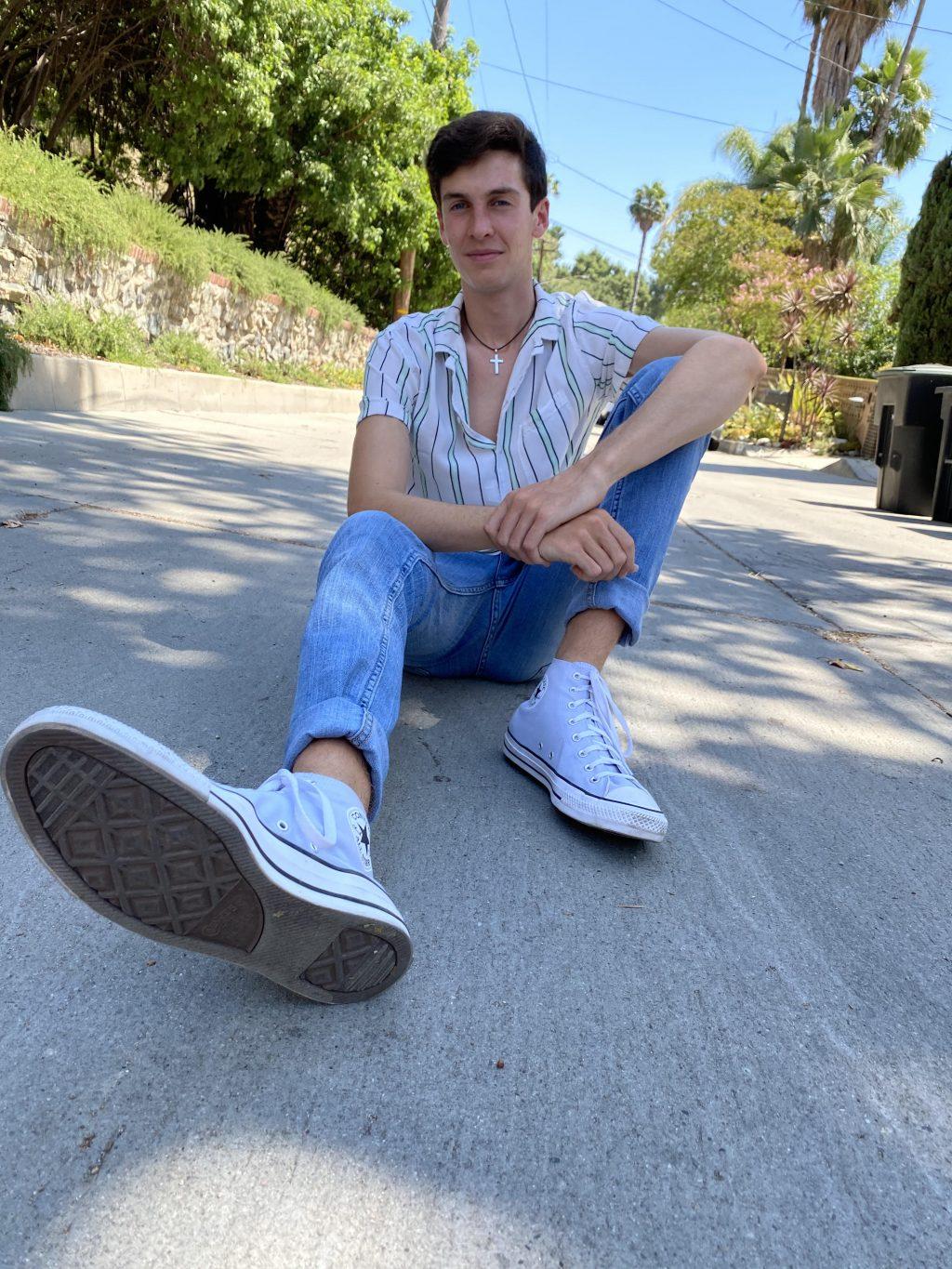 Podgorski sprawls in the road outside of his Burbank, California, home. The soon-to-be-Wave was born in Chicago, Illinois, but later moved to California.

Podgorski said he plans to find a career in music as a performing guitarist, which involves session work and touring.

“I want to tour and try to play as much as I can,” Podgorski said.

Before learning classes were online, Podgorski said he did research about some of the clubs offered at Pepperdine in order to get involved on campus. Activities like surfing, spike ball and volunteering all piqued his interest.

“I really love surfing, so something involving that, [and] I wanted to do some ministry work as well, whether it’s Bible study or on- or off-campus work,” Podgorski said.

Pepperdine’s International Programs are also something Podgorski said he is interested in.

“I haven’t done too much research in the abroad programs, but there’s a trip to Spain I think with the guitar program that I want to do so bad,” Podgorski said.

Podgorski said the news of online classes came as a disappointment, especially since his major is one that requires a more hands-on teaching experience.

“I’m really, really bummed, and it sucks that it’s my freshman year that this is happening,” Podgorski said. “Also with guitar, it’s really hard to be online because there’s so much with being in person and hearing what the instrument sounds like.”

Despite this, Podgorski said he feels confident learning from online courses because of his extensive experience in playing guitar. 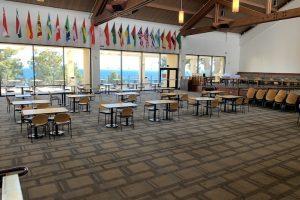 Photo by Kayiu WongAn empty Waves Cafe sits barren and quiet after students were sent home in March. The wait to grab a seat...
Copyright 2013 Jupiter Premium Magazine Theme
Back to top