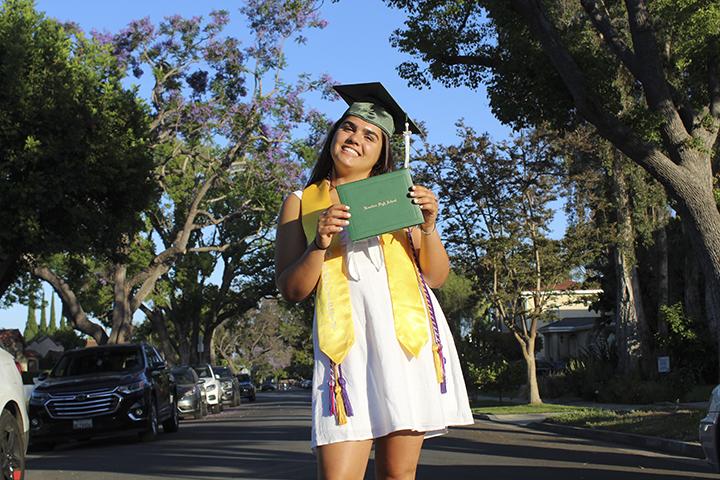 Business Administration major Marie McGrath proudly holds her diploma from Alexander Hamilton High School in West Los Angeles after she and her friends hosted their own graduation ceremony in June. The first-year Wave said she is looking forward to becoming a part of Pepperdine’s tight-knit community.

First-year Marie McGrath said her dream is to come up with the next million-dollar idea. McGrath is a Business Administration major from West Los Angeles, and although she doesn’t know what her idea is just yet, she still finds the world of business fascinating.

McGrath said before becoming interested in business, she was originally thinking about going into politics. In high school, she was a member of the youth and government club and the Penn Model Congress club.

In Spring 2019 of her junior year, McGrath said she had the opportunity to travel to the East Coast and debate the bills that she and other classmates wrote. However, she said this made her recognize politics wasn’t her biggest passion.

“I realized I just enjoyed doing it, but I didn’t know enough about anything,” McGrath said. “I’m very bad at keeping up to date with things, so I realized I couldn’t really see myself in that sort of career.”

McGrath said after this realization, she decided she didn’t want to work in politics and would rather be a part of the business world.

In addition to participating in various clubs, McGrath said she also played on her varsity high school soccer team and was a goalkeeper for AYSO. She joined AYSO in the fifth grade and played for the organization for twelve years. She said she experienced personal growth playing soccer because it helped build her confidence, and she loved the bond she made with her teammates.

“When I first started playing soccer, I was really shy,” McGrath said. “As a goalkeeper, they were always like, ‘You have to talk more, you have to tell us what’s going on.'”

When looking at colleges to attend in high school, McGrath said she did not consider Pepperdine at first because her brother, Jack, had attended and graduated in May 2019; she thought of Pepperdine as her brother’s school, and she wanted to go to her own, separate university. Her mind began to change, however, once she started looking into Pepperdine. 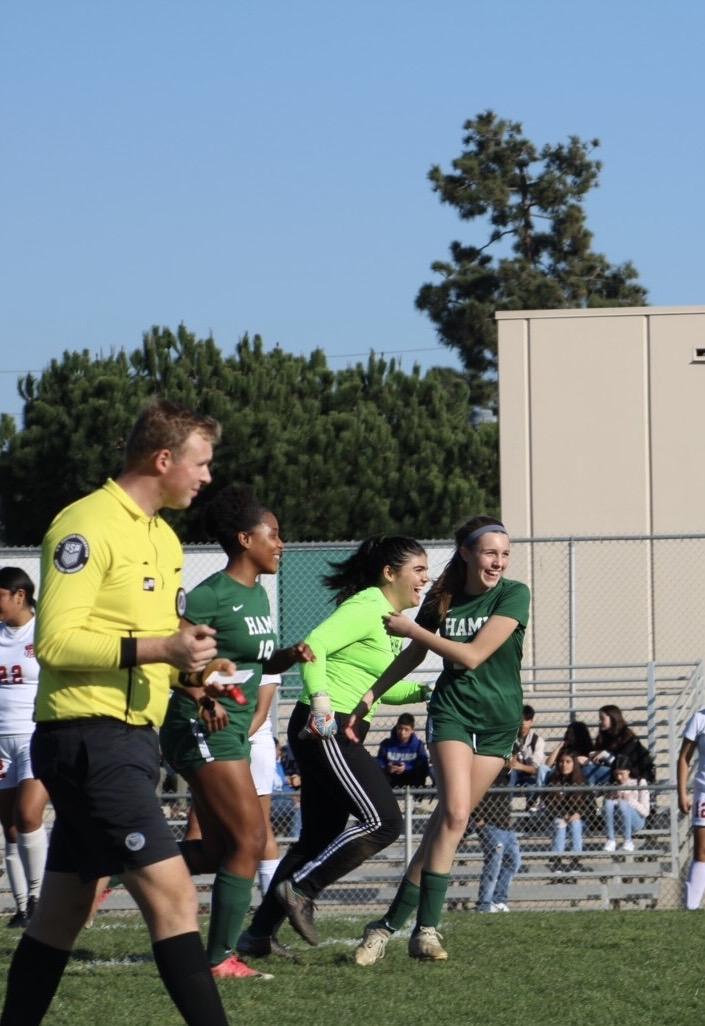 McGrath said she was drawn to the small class sizes, the strong sense of community and the opportunity to participate in International Programs at Pepperdine. She used to visit her brother during Waves Weekend, and Pepperdine’s campus was the best college campus she visited.

“When I was walking around, I could always potentially see myself as a student there,” McGrath said.

McGrath said she felt Pepperdine would give her unique experiences and opportunities. She wants to join the intramural soccer team because she thinks it would be fun to play on the weekends and after classes.

“That’s what makes me so excited about being a Pepperdine student — people actually care about each other and they actually want each other to succeed,” McGrath said.