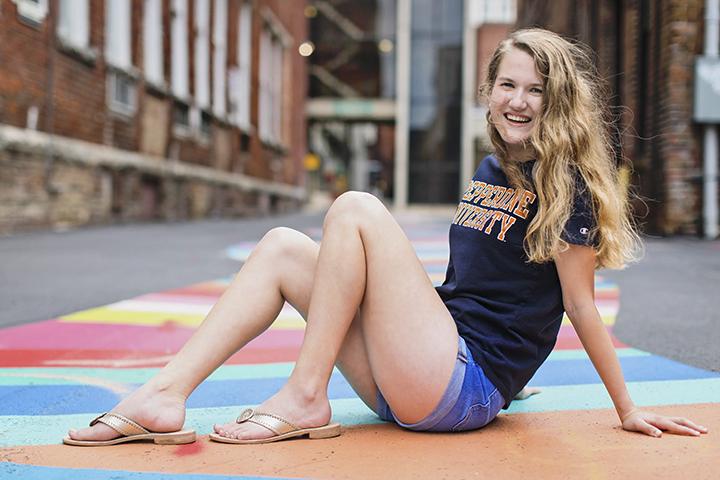 First-year Faith Harcus lights up for her senior portraits on a colorful street in Greensboro, North Carolina. She said she knew Pepperdine was the perfect school for her the instant she visited the campus.

First-year Faith Harcus said she never considered going to school on the West Coast until she visited Pepperdine. Harcus, who is from High Point, North Carolina, said she came to California during her junior year of high school to tour the campus.

“It was absolutely incredible,” Harcus said. “It just felt like home.”

After visiting Pepperdine, Harcus said she knew it was the perfect place for her. She was nervous about moving away from home, but the opportunities that Pepperdine offered along with its beautiful location made the distance worthwhile. Harcus was especially drawn to Pepperdine’s friendly environment and International Programs.

“It just had so many things on my list,” Harcus said. 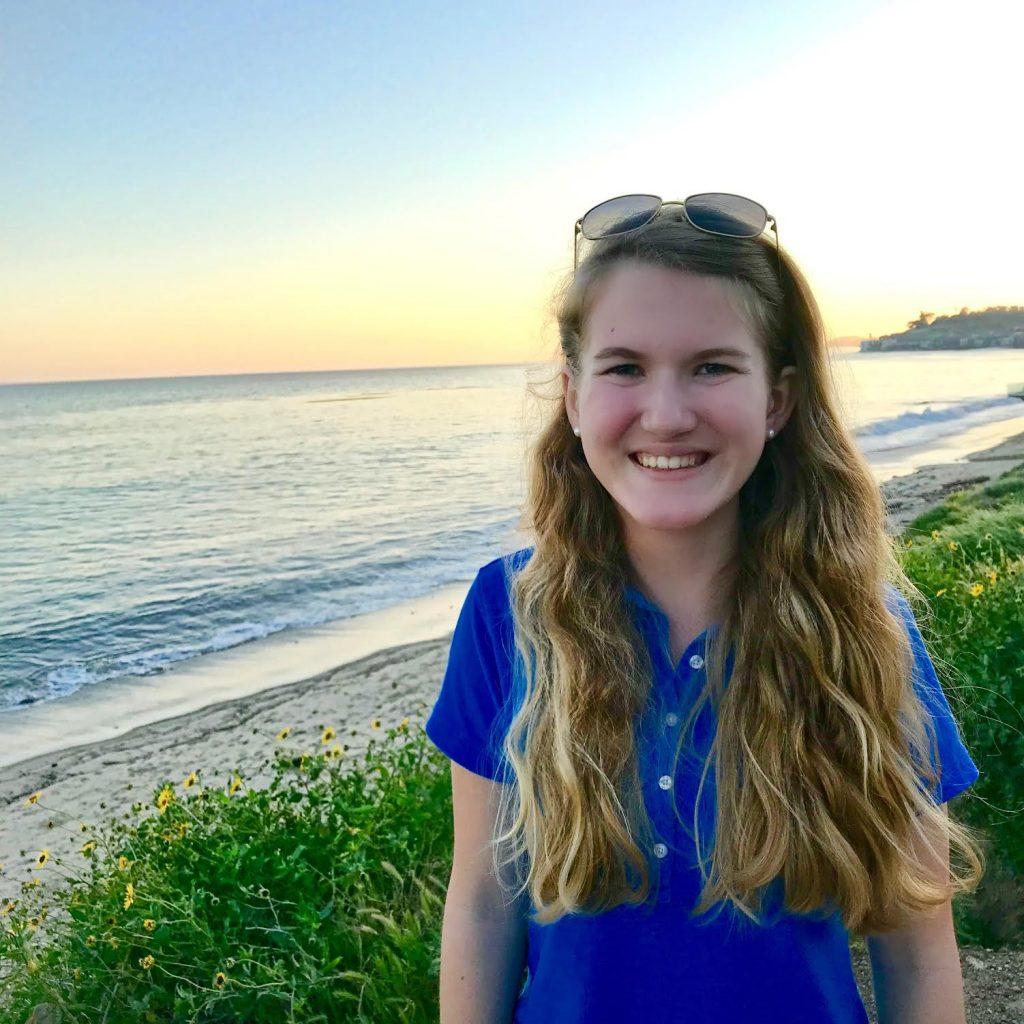 Harcus admires the ocean view in southern California while visiting from North Carolina. She first toured Pepperdine during her high school's spring break in March 2018.

At Pepperdine, Harcus said she is looking forward to continuing her involvement in extracurriculars. In high school, Harcus was a member of the Key Club and a volunteer for the American Red Cross.

Harcus said she also played tennis all four years. She didn’t want to play tennis at first, but by sophomore year, she enjoyed the sport. She made the varsity team, was named most-improved and ended up being one of the team captains.

To remain active, Harcus said she wants to join the Club Tennis team. Being involved in the Pepperdine community is important to her because she had a good experience making new friends through tennis in high school.

“I went to a pretty small high school with a really strong community, which is why I know I want to get involved in the community at Pepperdine because I have learned how important and fun it is,” Harcus said. 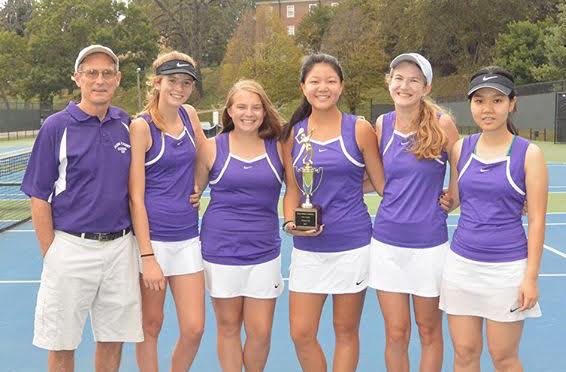 Harcus (fifth from left) and her teammates gather for a photo with their runners-up trophy after competing in their high school conference. She said she was very proud of her team and that their hard work paid off.

Harcus is a Business Administration major, and even though she said she isn’t sure what she wants to do with her future just yet, she is interested in studying abroad. Two programs that pique her interest are Laussane, Switzerland, and Heidelberg, Germany, because she has distant relatives who live in Denmark.

“I really want to be in Central Europe,” Harcus said. “I’d like to be close to [my cousins] and live in the environment more similar to what it’s like in Denmark.”

Even though it is disappointing to have an online semester, Harcus said she understands why it was necessary to stay home instead of going to Pepperdine.

“It’s sad,” Harcus said. “But now it’s clear that it was the right choice, and I think they are doing a good job of having us still getting involved.”

Harcus said she has still met and connected with other students virtually during New Student Orientation, in classes and on social media. Harcus also participated in virtual fall sorority Recruitment to meet other fellow students.

“[I’m looking forward] to meeting everyone in person and just getting used to everything on campus,” Harcus said. 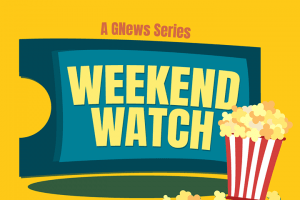