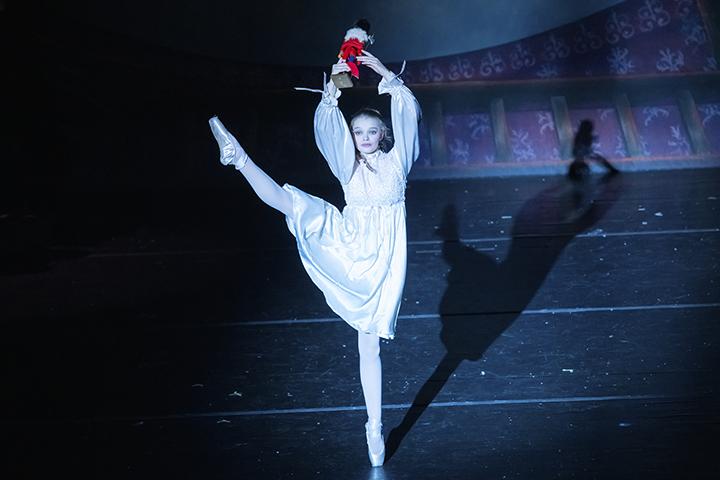 Math major Sophia Douville performs the role of Clara in the University of Wyoming’s production of “The Nutcracker” in December 2018 at the University’s Arts & Sciences Auditorium. She said she danced for her high school’s varsity team and was its captain for three years.

First-year Sophia Douville is a passionate student drawn to many different activities, including dancing, singing and advocating for mental health. Now, Douville wants to focus her interest on mathematics and teaching.

Douville is from Laramie, Wyoming, and she has always been drawn to the subject of math. As a Math major at Pepperdine, Douville said she hopes to eventually become a high school math teacher.

“I chose math because it’s always been a subject I’ve loved a lot,” Douville said. “I’ve had some really great teachers in it that have kind of helped me to decide that to be my career path.”

In addition to her interest in math, Douville said she was a member of her high school varsity dance team and was a captain for three years. She was also a member of the National Honors Society.

Douville said she started dancing at the age of three. She primarily danced ballet and pointe but loved contemporary, jazz and hip-hop. She also did tap and Irish step.

Douville’s favorite memory while dancing was her state competition her senior year because she said she got selected to participate in the All-Star State Team. She remembered feeling very lucky because her competition was the day before everything began to shut down due to COVID-19.

“I’ll never forget driving back home and hearing about the other sporting events being canceled but being so grateful that we still had our competition,” Douville wrote in an email. 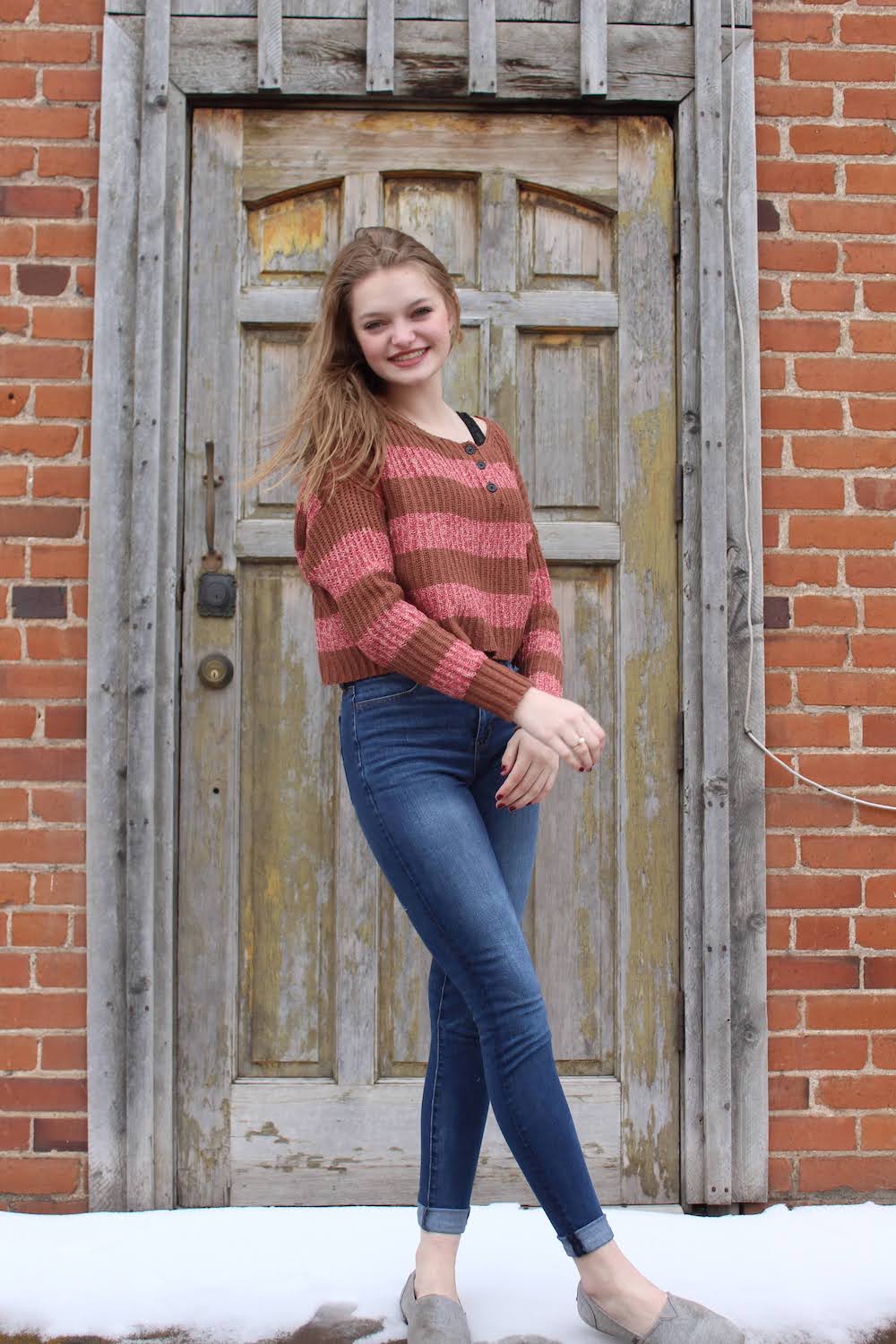 Douville poses for her senior portraits in Laramie, Wyo., in May. Since snow still blanketed the ground for her spring photo shoot, she said she was excited for the California weather.

Douville also sang in a choral group for three years. She said she has been singing since the fourth grade and has made a lot of friends through choir.

“I just love the artistic expression it gives me,” Douville said. “I’ve always been a very musical person, but I’m not the greatest at learning to play an instrument, and I just found it was simple and easy for me to start singing.”

Another one of Douville’s passions is mental health, as she has struggled with it in the past. Now, she said she wants people to know there are ways to get help.

“In the beginning, I didn’t really know what to do,” Douville said. “It was kind of hard for me to accept the fact, but I found counseling and other things that really have helped.” 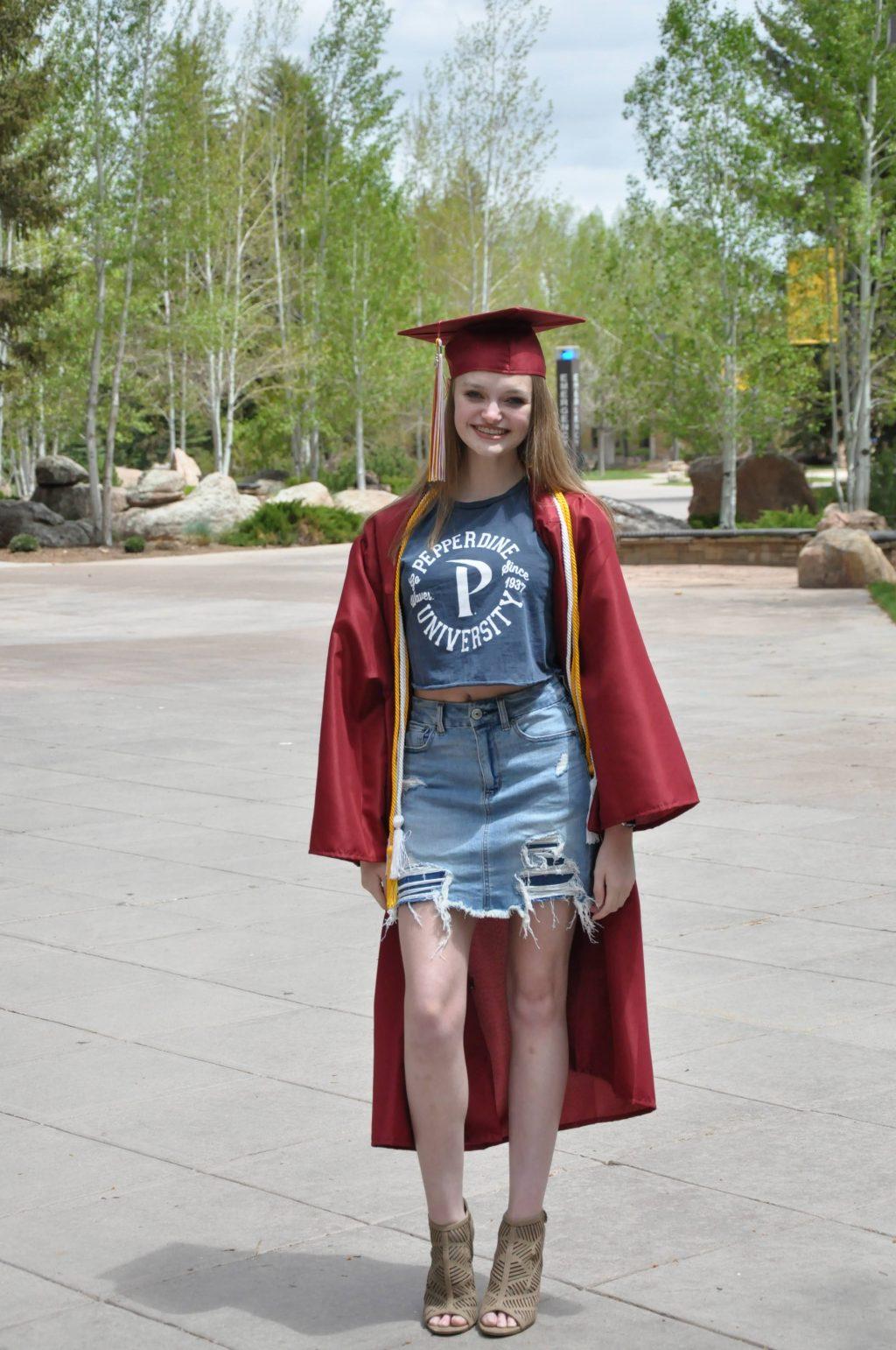 Douville commemorates the day of her graduation in May by taking photos on the University of Wyoming campus. She said she looks forward to joining various clubs and organizations at Pepperdine.

Douville said when she came to visit the campus in August 2018, she fell in love with Pepperdine and its location. Another important aspect for her when deciding between schools was Pepperdine’s Christian campus. Douville was raised in a Christian household and wanted to be in a faith-based environment at college.

Douville said her aunt and uncle live in Valley Village, Los Angeles, and she is thinking about living with them for a while because she absolutely loved California when she came to visit in 2018. Regardless of her travel plans, when she arrives on campus, Douville is most excited to visit the beach.

“It’s very much my type of place,” Douville said. “I just loved the weather, and I loved being near the ocean.”

Douville (far left) and her family soak up the sun in Newport Beach, Calif., during a trip in August 2018. She said she was drawn to Pepperdine’s location and Christian environment.

At Pepperdine, she wants to join the math club and possibly the choir. She recently participated in online sorority recruitment and is a member of the Kappa Alpha Theta chapter. She enjoyed getting to know other women and finding a sense of community.

“Since I’m coming from Wyoming, it is kind of hard not knowing as many people, so it’s nice to be able to meet people and kind of create that family,” Douville said. 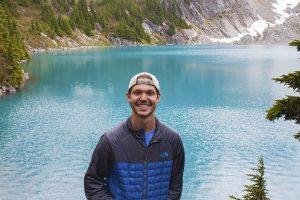