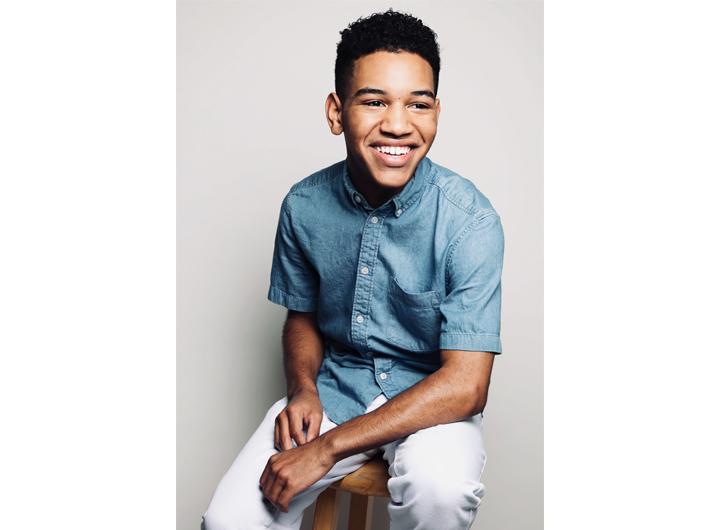 First-year Zach Tapp poses for a headshot in Las Vegas in August 2019. Tapp acted in various commercials, TV shows and movies and said his favorite part about acting is the complimentary food. Photos courtesy of Zach Tapp

As a child growing up, first-year Zach Tapp said he loved the arts and acting. Tapp said he was in commercials for Walmart and Macy’s and acted for television shows on Nickelodeon and ABC. He also was in the movie “Sins of Our Youth” (2014).

Even with his experience and success as an actor, Tapp said he wanted a backup plan. Business has been another long-time passion for Tapp, who wants to be an entrepreneur and start his own business someday.

“I wanted to have something that I could fall back on,” Tapp said. “Business is always reliable and always there. We’ll always need business, so that was the thing that was calling me the most.”

Tapp is majoring in International Business and even though he has withdrawn from acting since starting college, he said he still goes to auditions occasionally to stay in the industry.

Next fall, Tapp said he is participating in the London International Program for the academic year. At first, he said he wanted to go the Heidelberg program, but after talking to friends who had gone to the London program, he changed his mind.

“I just felt like it was where I needed to go,” Tapp said. “I really like museum going and obviously the arts, so I really wanted to go to a bunch of theaters in London, so I’m just really excited for that.” 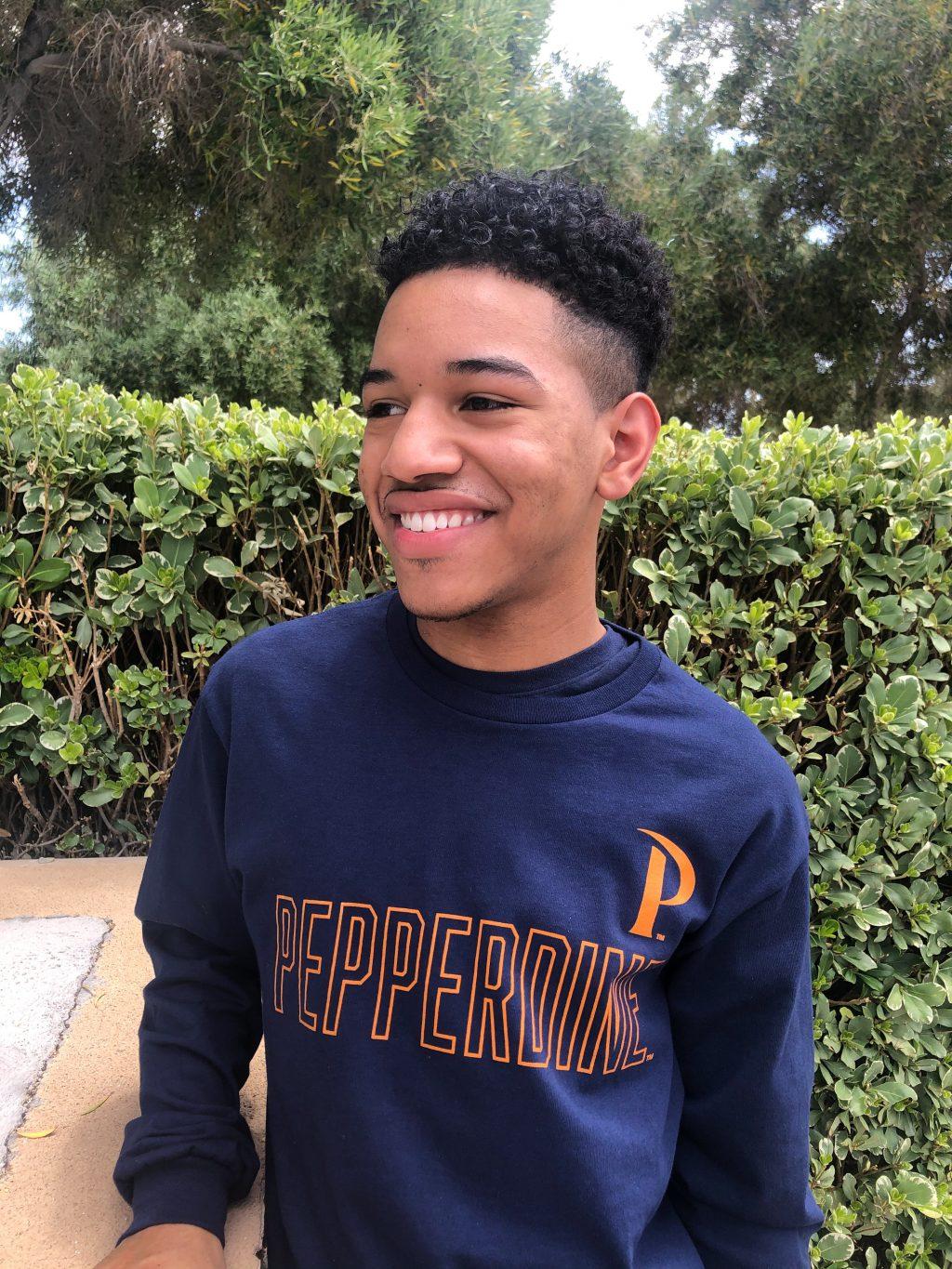 Tapp smiles while wearing a Pepperdine sweatshirt after announcing his commitment to the University in May. Tapp said he is excited to study abroad in London next fall and wants to try new foods and visit theaters and museums.

Tapp said online school was initially difficult, but he joined Word Up and Alpha Omega Westside Malibu Campus Ministry, which helped connect him to others and build community.

“This was the first time where I was just able to talk to people from Pepperdine about life or God or experiences that don’t really have anything to do with school,” Tapp said. “That was a nice change.”

Tapp said he joined Word Up as a singer this semester as well.

“I’m excited because I’ve never showed anyone my singing side at Pepperdine other than my roommates,” Tapp said. “This will be interesting and just to worship with people at Pepperdine, I’m super excited for that.”

Even though Tapp wasn’t able to move to Malibu with his roommates and suitemates because of the campus closure, he said they still keep in touch and talk regularly over text.

“We weren’t able to live together, but it still feels like I was able to grow closer to them,” Tapp said.

Check out one of Tapp’s commercials here.