Frank Ocean Gets Vulnerable with ‘Blonde’ 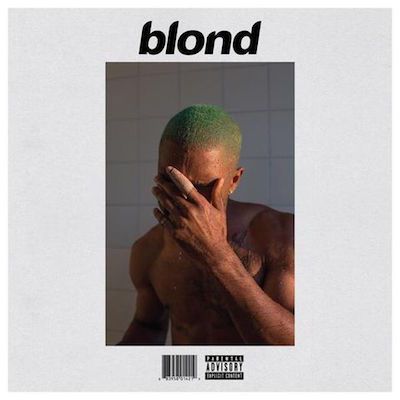 Frank Ocean’s highly anticipated second album, “Blonde,” finally dropped on August 20 exclusively through Apple Music, much to the delight and relief of his fans. He’s finally given us what we’ve been waiting for since he’s been promising a follow-up to his Grammy-award winning first record, “Channel Orange,” since July 2015. Ocean’s approach to this record is much more daring and somewhat sad; it’s nothing like what he gave us with “Channel Orange.”

The many puzzle pieces of this album make it a lot to take in, so it does require multiple listens to fully grasp — something I’m still working on. Honestly, my first impressions of “Blonde” included the opinion that it was sloppy, rushed, formless and half-done. After a four-year wait, that’s definitely not what I wanted to feel upon the first listen.

I can’t put “Blonde” in the same category as his first album, because they vary greatly in style and narrative. It’s true that there is much less structure to the songs on “Blonde” than “Channel Orange,” but that doesn’t automatically condemn as a lackluster album.

The casual production style contrasts with its sensitive subject matter — his complicated romantic relationship with another man. From the beginning, the lyrics paint the picture of why Ocean decides he and his significant other cannot be public about their love affair, because of how unacceptable their relationship would seem in the eyes of many. The story he tells throughout the album is what truly grants the project its strength.

“Blonde” is not the first album to defy the boundaries of pop, R&B or whatever genre you decide to loop it in, but it is one of the firsts of its kind to so openly discuss same-sex relationships and the hesitations that come along with being public about it. Although Ocean is not considered a rap or hip-hop artist, he is heavily associated with well-respected hip-hop acts such as Jay-Z, Kendrick Lamar, Tyler the Creator and Kanye West.

Being LGBTQ+ in pop or alternative music isn’t really a big deal, but in hip-hop or R&B, it’s not something that artists openly talk about — it is very much considered taboo. In an interview with Vlad TV back in 2014, rapper T-Pain spoke with detail about knowing rappers and producers who would refuse to work with Ocean, specifically because of his sexual orientation. So for him to come out and make a whole album about his experiences being in love with another man is an extremely brave move that I have to commend him for.

Tackling such unchartered subject matter on a highly-anticipated album is bold. It brings me joy that he can be so open with his audience about a topic that he wasn’t fully comfortable addressing earlier in his career. “Blonde” is an emotional journey that not everyone is prepared for. Sit down, relax and actively listen to get the most out of this very personal sophomore album. 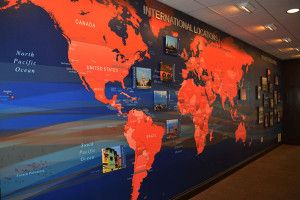 Graphic File Photo A new summer International Program in Thailand has been added to the list of abroad opportunities for Pepperdine...
Copyright 2013 Jupiter Premium Magazine Theme
Back to top