Former Pepperdine Professor Michael Jordan has recently published two historical novels and one love story. “Crockett’s Coin,” “The Freedom Song” and “Your Heart of Gold” are the pinnacle of 20 to 30 years of work, Jordan said. “Crockett’s Coin” and “The Freedom Song” are the first two books in a five-book series illustrating a story that his great-grandmother, Mattie Bohannan, said he should know about.

“She called me over and said, ‘Mike, there’s something I’ve always wanted to tell you, and I think my days are short and this is a story that needs to be told,” Jordan said. 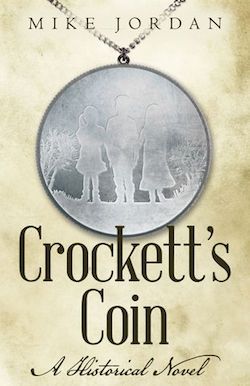 Jordan’s great-grandmother told him of the Bohannans in Arkansas and how they were part of the Underground Railroad, helping African Americans find their way from plantation to plantation, hiding them in Bohannan mountain and transporting them to their next stop on the Underground Railroad. A week later, on Valentine’s day, his great-grandmother passed away.

A couple years later, Jordan traveled to Arkansas and to Bohannan Mountain and found that everything she told him was true. Jordan said this is where his long journey of research began and that this story was something that was emotional and important to him.

Jordan wrote “Crockett’s Coin” and “The Freedom Song” as novels based on a true story. He said he wanted to write something that people can enjoy. 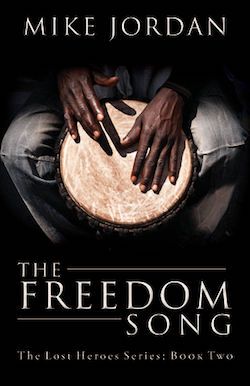 Characters in each of the books are based on real people. Jordan said he wanted to be as accurate as possible, to see what they did with their lives so he can accurately portray what they did.

“What kind of man risks everything to be a part of the Underground Railroad? I think that tells you a lot about a person,” Jordan said.

For Jordan, the historical novels will keep a piece of history that was once lost alive.

“I really feel like through my novels, I am telling a story that will live on forever, long after I’m gone.” Jordan said. “I want people to read these stories and be inspired by them, to love them, to love the characters.”

The last three books of the five book series will consist of “The Runner,” which will include a character based on a slave girl who ran from plantation to plantation delivering messages. “Tears of War,” accounts the time during the Civil War and “Burden of Justice,” which will take place after the Civil War, Jordan said. 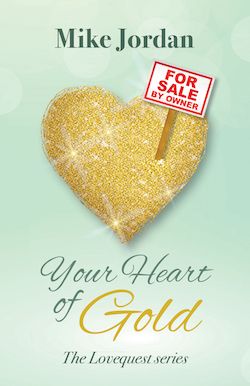 Jordan said the work done in writing these books is a labor of love. He said it is hard to pursue a dream, especially when you realize it is only your own dream, so sometimes you may feel like you’re alone, tired and may have doubts. But the hardest part, he said, is persevering and never giving up on the hope and vision of what you can achieve.

“If you have faith in your vision and you know you’re doing the right thing, something good and just, you will eventually be rewarded,” Jordan said.

Jordan’s great-grandfather and great-grandmother, the one who told him of the Underground Railroad, were good friends of George Pepperdine and attended the first Founder’s Day, Jordan said. Jordan’s father was even bounced on George Pepperdine’s knee. Jordan said he had no intention of teaching Pepperdine but knew of the school because of his great-grandparents. Jordan spent most of his professional life as an investigative reporter and editor, most recently at the Riverside Press-Enterprise before going into teaching.

“Sometimes the story may be already written out there, you just have to live it out and see where it takes you,” Jordan said.

His books are available for purchase on Amazon, mikejordanbooks.com and any bookstore or can be downloaded at the Kindle Store.