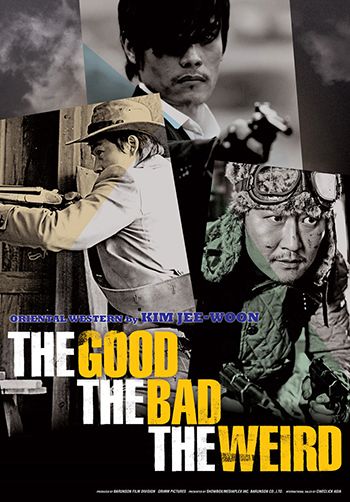 As an avid Netflix viewer, I believe this maxim applies: “So many choices, so little time.” Because of the sheer amount of TV shows and films on Netflix streaming, I look for something that stands out in terms of appearance and content. The two films I recommend were chosen based on that criteria.

If you love Westerns and action films, then “The Good, The Bad, and The Weird” is worth a watch. Directed by Kim Jee-woon (“The Last Stand,” “I Saw the Devil”), this 2008 Korean-action Western hybrid. The film follows the story of three characters — The Weird, The Bad, and The Good — across Japanese-occupied Manchuria in World War II. The Weird — a minor gangster — finds a treasure map to hidden Chinese riches, hoping to use them to bring his family to America. As a result, everyone — from the Japanese occupation army to rival Manchurian gangsters — comes after him. Among the groups are two other characters: The Good, a bounty hunter, and The Bad, a sadistic hitman. Kang-ho Song as The Weird has the best lines and the most character development while The Good (Woo-sung Jung) and The Bad (Byung-hun), despite being somewhat archetypal, are charismatic.

Balancing comedy and action, the film attempts to develop its many elements and characters, but attention remains focused squarely on the three main characters. Despite the third act being somewhat exhausting and repetitive, the climax makes up for it in spades. I recommend this film just for the cinematography and the soundtrack alone. A roller-coaster with a surprising amount of depth, “The Good, The Bad, and The Weird” is a small taste of what Korean cinema can offer. 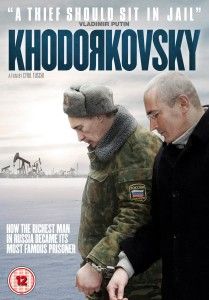 The second recommendation is based on the upcoming 2014 Winter Olympics, as well as the controversy surrounding Vladimir Putin’s presidency.

In 2003, Putin arrested Mikhael Khodorkovsky, the owner of the Yukos Oil Company — one of the largest privatized companies in post-1990s Russia — on fraud charges. Jailed for nine years — later extended to 12 Khodorkovsky’s experience raised awareness regarding Russia’s political corruption.

Director Cyril Tuschi’s 2011 documentary/semi-biopic tries to uncover who the real Khodorkovsky is and whether his trial was manipulated by Putin himself or a reflection of Russian oil industry dealings during the 1990s under Russian President Boris Yeltsin.

Despite the briefness of the coverage regarding Khodorkovsky’s early life and rise to economic power, Tuschi provides the audience with enough information from the man’s closest friends and kin to form their own judgment of the man and the justness of his sentence. Most fascinating is the enormity of Khodorkovsky’s actions given Russia’s political and economic status in the context of the 21st century — particularly, his work on Open Russia, a program where he invested $100 million into Russian education projects. This makes his opposition to Putin and his inner circle all the more tragic.

The documentary’s examination of this troubling topic exposes the dark side of Russian politics — cronyism in return for state-sponsored ease of operation. Despite the recent development of Khodorkovsky being pardoned in December 2013 to spend time with his sick mother in Germany, I fully recommend “Khodorkovsky” as it provides great insight into post-1990s Russia and its politics.