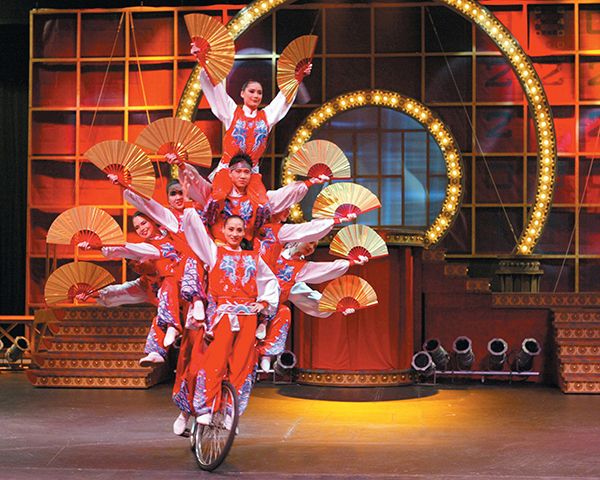 On Sunday at 2 p.m. Smothers Theatre will fill with the breathtaking skill and beauty of the award-winning Golden Dragon Acrobats.

In Nov. 2005 the Golden Dragon Acrobats made their sold-out Broadway debut in the New Victory Theatre. Their show ran on Broadway for six weeks to adoring audiences who gave standing ovations.

Their acts include such acrobatic forms as hoop diving, spinning plates, foot juggling and chair stacking handstands, among many others. The company features contortionists, tumblers and jugglers who fly high and bring the spirit of Chinese acrobatics to the stage in brilliant costumes.

From their native Hebei, China, the Golden Dragons have traveled around the world to all 50 states and more than 65 countries on five continents. They remain the only Chinese acrobatic company touring year-round in the United States and are recognized as the premier Chinese acrobatic touring company here and abroad.

The acrobatic art of the Golden Dragon Acrobats sets forth the rich traditions of Chinese culture. Dance, opera, martial arts and sports have all evolved from acrobatics since early times. The impact of Chinese acrobatics goes far beyond the boundaries of performance, filling an important role in the cultural exchange between China and Western nations.

Make it a date or a study break and get your tickets now. Full-time students can enjoy the show for $10. Tickets are available now by phone at ext. 4522, the Smothers Theatre box office or visit arts.pepperdine.edu. 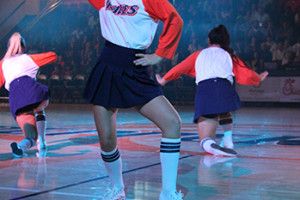 Photo by Allison Hubbard Pom Squad and Step Team energize guests during homecoming kick off As the sun set over the horizon...
Copyright 2018 Pepperdine Graphic
Back to top