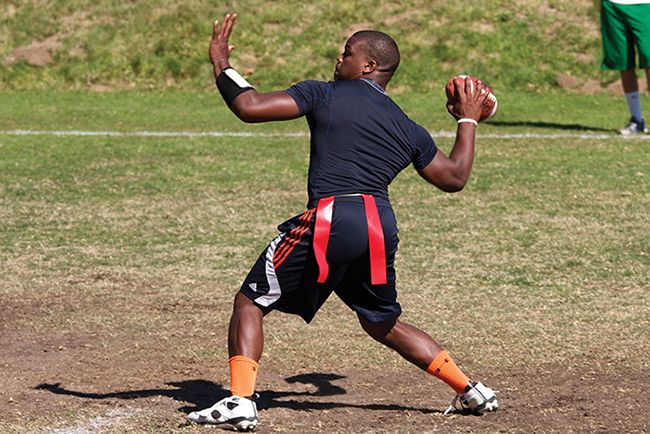 After a year-long hiatus, flag football has made its return to Pepperdine’s intramural leagues, with a spotlight Friday night game under the recently installed sports lights of the lacrosse field.

Last year, intramural flag football was canceled due to a lack of trained referees but this year an effort to inspire student involvement by Campus Recreation and student managers senior Rmani Crawford and junior Mike Norfleet has brought the sport back to Pepperdine.

“We tried to do it without referees two years ago, and there were a lot of complaints, a lot of big fouls,” Campus Recreation Coordinator Casey Gillam said of the previous system. “It wasn’t good; it was dangerous to students, so we decided we would either have referees or not have a season.”

There has also been a change in location, with the sport moving from Alumni Park to the lacrosse field.

“We added a spotlight game of the week that we’re doing on Friday nights, under the lights,” Gillam said. “We think it’ll be a fun addition to the flag football season where each week there will be a matchup of teams that get to play on a Friday night like high school football.”

“A lot of guys played high school football and they really miss it, so this was an opportunity for those who don’t have that outlet anymore,” Crawford said. “We just wanted something that guys would be excited about.”

One of the main reasons flag football was moved to the lacrosse field is the field quality in lower Alumni Park, where holes and plastic coverings made it a hazardous location for students to play.

The other reason is more focused toward student needs.

“We needed to start real early on Saturday to get all the games in before the sun went down and it went dark,” Gillam said. “We’d be starting at 8 a.m.”

Now, with the advent of the new lights, students can sleep in on Saturdays, with games starting at 10 a.m.

If it starts to get dark, the lights will be turned on in order to allow the game to continue.

Students have definitely taken it in,” said Crawford, who is also the team captain for “Squad First Mentality.” “It’s been great because a lot of our friends have been coming to the games; a lot of the guys’ girlfriends come up. On Friday nights it’s kind of chilly, so they bring blankets and just sit on the hill and kind of watch the games.”

There are 12 teams in the league, with a maximum of 12 and a minimum of seven players in each team. League champions will receive embroidered snapback hats.

The game format is similar to that of the NFL, with four quarters comprised of 15 minutes each. Teams field seven players each.

With Pepperdine missing out on the traditional college football experience, Gillam believes that if students attend the flag football matches to watch and cheer on their team or their friends’ team, “it’ll be the closest thing we have to it.”

Gillam also hopes the flag football intramural program “blows up”. “I would love to see more fans coming to watch their team or their friends’ teams on a Friday night under the lights,” he said.

As for the lacrosse field, he is set on having flag football being the launching pad for other sports to be played up at the field.

“I’m hoping the use of this field for flag football just brings more ideas, more potential sports to be played up at the field. I would like to see the field being used more by students,” said Gillam.

Crawford has more concrete hopes. He hopes for an electronic scoreboard on the field, as well as replacing the actual grass with turf. “A lot of things happen up there — lacrosse team practices, soccer intramurals and pickup games — so a turf field would make that a great spot.”

Students may still join an existing team through the creation of a profile on IMleagues.com, but they may no longer start a new squad. Students may either message the team captains or put themselves up as free agents. 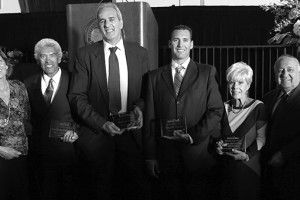