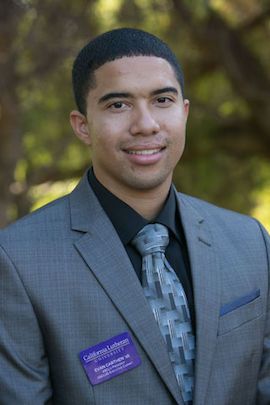 The Pepperdine School of Law community is mourning the loss of 22-year-old first-year student Evan Carthen. He passed away Sept. 5. Details regarding his death have not been publicly released by Carthen’s family.

Carthen came to Pepperdine to pursue his dream of becoming a district attorney, according to an email sent to all School of Law students, faculty and staff. He was a recent graduate of California Lutheran University, where he obtained a Bachelor of Arts in English Language and Literature and a Bachelor of Science in Political Science, according to the email.

School of Law Associate Dean for Administration and Leadership Development Dany DeWalt described Carthen as a “natural leader with an amazing character.”

“During the few weeks we had [Carthen] here, he was already establishing his influence with how he served and treated people with a unique kindness,” DeWalt said. “He looked for opportunities to help people. This was a theme in his life: to help people who other people didn’t see and do big things for them.”

The School of Law held a celebration of life service for Carthen on Sept. 9. in the Lon V. Smith Atrium. According to the Pepperdine School of Law Surf Report, 250 people attended the memorial. The Carthen family, President Andrew K. Benton and University Chaplain Sarah Barton were among those present to honor Carthen. Associate Dean Danny DeWalt opened the service by reading Carthen’s application essay, ending with the Bible verse, “The light shines in the darkness, and the darkness has not overcome it” (John 1:5), according to the report.

President Andrew K. Benton followed with an opening prayer, and Professor Naomi Goodno read Matthew 5:14-16 to reflect on the service’s overall theme: the “light” Carthen shined on the communities he was a part of. Carthen’s professors Jim Gash and Amy Levin then spoke of their early encounters with Carthen and the impact he made on them during the short time he was their student. Dean of Students Steve Schultz also spoke about the Carthen family’s loving nature and admirable strength during their times of adversity.

In an interview, Schutlz described the service as an “outpouring of love.”

“It was clear that [Carthen] was an incredibly charismatic and well-loved person,” Schultz said. “He had this twinkle, an excitement that was very appealing. The small interaction I had with him was just one of the gazillion impacts he had made on others. I’m so sorry that I won’t be able to have three years and even beyond to be friends with him, because I know that would have been the case.” 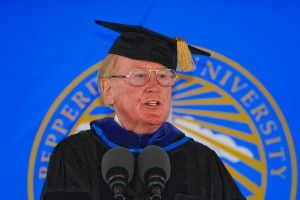 Photos Courtesy of Carol Schalla and Pepperdine University Hollywood has historically been known as the home of the best...
Copyright 2013 Jupiter Premium Magazine Theme
Back to top