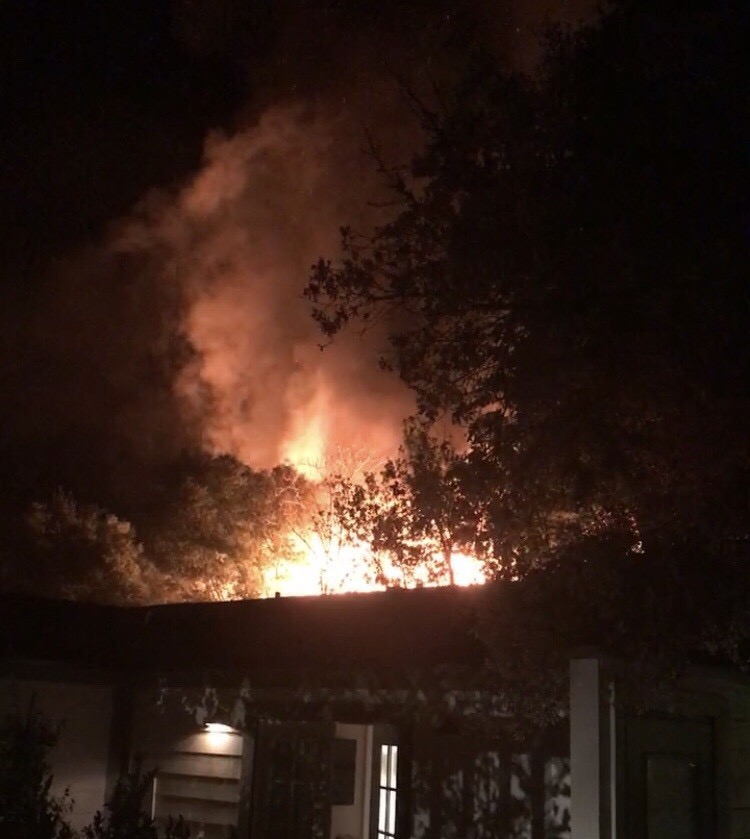 Pepperdine students were evacuated from their Calamigos Ranch dorms early this morning as a fire destroyed one of the buildings on the property.

The Gerson Club, a lounge area near the ranch’s upper pool, burned down completely. Students were evacuated at 4 a.m., on Monday and the fire was extinguished by the fire department by 5 a.m. No one was hurt during the incident. The cause of the fire is still unknown.

Senior Damir Kaliyev was asleep when he heard a knock on the door of his cabin.

“I just hear a loud knock on the door and then a man going, ‘This is the LA County Sheriff, there’s a fire, evacuate,’” Kaliyev said.

At first, he thought it was a joke or a drill, he said, but he packed up his laptop, documents, game console and the homework he had completed for today and put it all in his car. He said he ran into one student who was “distraught” and in tears.

Kaliyev said he didn’t see the fire until he stepped away from his porch. “I went a little bit ahead and I saw, like, oh my god, there’s smoke coming out of this building and there’s just like all this fire,” he said.

He met up with a fellow student who told him that the fire had been mostly contained, and they decided to go to IHOP for breakfast. By the time they returned around 6 a.m., the fire had been put out and they were told they could go back to their cabins. Kaliyev said he hasn’t yet seen the damage.

Authorities are now working to determine the cause of the fire, according to an email from Calamigos Dean of Students Brian Dawson to Calamigos residents.

Dawson wrote that clean up efforts are underway and may interfere with parking and access to some pathways and other areas. He encouraged students to park near the student center “as a temporary fix” if their normal parking was affected.

Dawson previously worked for Pepperdine and stepped into his current role as the Dean of Students for Calamigos Ranch’s “Semester by the Sea” housing program when Pepperdine discontinued their “on-campus” housing options at Calamigos in March.

The Graphic has contacted Dawson and will update the story as more information is available.

Update Made Nov. 30 at 1:03 p.m. Brian Dawson formerly worked for Pepperdine but now works as a “Dean of Students” for Calamigos Ranch’s “Semester by the Sea” program.