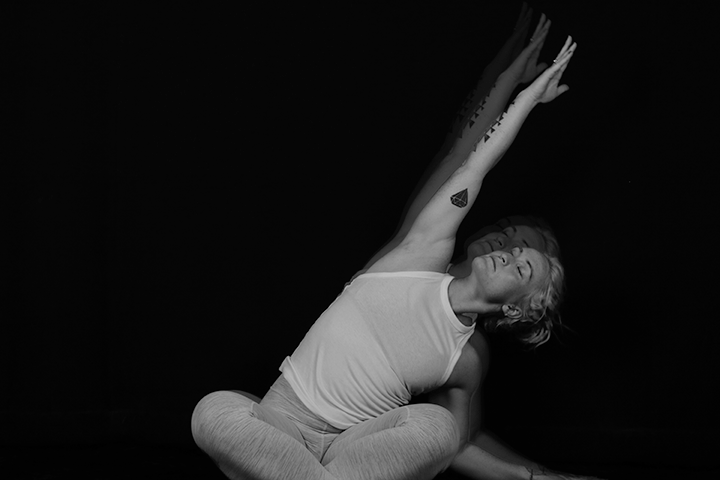 Ancient civilizations possessed something modern cultures appear to be missing — a steady awareness of the divine.

The world is not only becoming increasingly secularized, but people are growing more anxious, isolated and depressed than ever previously reported. One third of Americans regularly experience symptoms of depression and anxiety, according to a U.S. Census Bureau survey conducted in 2020.

Perhaps the modern problem of unrest plaguing humans is not just a physical condition, but as Religion Professor Ron Highfield said, a spiritual one.

“We’re missing a connection to the infinite and perfect divine reality that is the only thing that can truly satisfy us,” Highfield said.

This connection, Highfield said, changes everything because God is the rest many are seeking. After studying theology for over 30 years, Highfield said he has found God to be a reliable source of peace and hope in an ever-changing world.

“If we had that hope, then we could — as Augustine said — we could rest in that hope,” Highfield said. “That is we could have peace knowing that trying to produce it on our own, trying to make ourselves worthy of other people’s admiration, or worthy of dignity, or happy, is a futile enterprise.”

In other words, Highfield said he finds peace by resting in the already-present, steadfast love God has for creation.

Speaking about rest is one thing, but actually putting it into practice can be difficult for some. English Professor Lisa Smith said she found a better understanding of rest when she began linking the experience of rest to the activity of prayer.

She said she sees rest as a spiritual discipline, in that there are skills one can learn to make rest easier and that growth happens incrementally. One practice she has developed over the years is called soaking prayer, which is a kind of meditation focused on simply being with God, rather than praying for someone or something.

This activity can be aided by creating a comfortable atmosphere — lighting a candle, lying down, listening to worship music and focusing on breathing. Smith said once she gets her body and mind into a state of stillness first, it is easier for her spirit to follow.

Just like any other discipline, Smith said soaking prayer takes practice and consistency to become more comfortable with the activity of waiting on God.

“Soaking prayer won’t always be easy; it won’t always be this time of literally soaking in God’s presence,” Smith said. “[There] will be times of writhing around, your spirit trying to connect with God, and those are the times you have to try to pursue rest as much as you can.”

Smith said soaking prayer is a special kind of discipline because it is the act of showing up just for God Himself, rather than for what He can provide, thus reorienting the human heart to delight in His presence.

“It’s a valid end to just be with Him,” Smith said. “He’s worth it – He’s supremely valuable.”

The art of surrender

Senior Amara West felt the need for rest in a tangible way when her doctors diagnosed her with a traumatic brain injury in 2019. The injury prevented her from being able to perform physical activities like walking, holding a conversation or braiding her hair.

She began to recover in January 2020, right before the pandemic shut everything down. During this time, West was redefining her values in more than one way: She changed her major, moved back home and began to seek out a way to find rest.

“That’s when I really honed in on release and surrender to God because everything is not promised,” West said.

One thing that West said has helped her during this time is intentionally creating space in her schedule to rest. Some of these moments include going for a walk in between classes, reading Scripture and creating an evening routine to wind down before bed.

As part of this routine, West practices breathing exercises while showering to envision the water washing the day away, allowing her to surrender everything to God.

Some nights before she falls asleep, West said she will lie in bed with her face and palms facing upward to symbolize the act of release. She said this process of physically releasing the guilt of each day gives her the grace to keep going.

“It’s hard once you get into the rhythm of it to then describe it,” West said. “But also, acknowledging that it’s not always an easy thing to do, even when you’re in the habit of doing it.”

Senior Annie Little said she also finds the power to connect with God by creating intentional space in her mind and incorporating certain mindful practices throughout her day.

One practice Little learned from yoga is what she calls a “body check-in,” where she will pause from what she is doing and take inventory of the sights, sounds, smells, taste and feel of her surroundings.

This and other meditative practices help Little to be present in the moment, thus reducing her anxiety. They also help her to make the most of special memories so that she can recall them in the future and find meaning and joy in moments where she is experiencing stress or hopelessness.

Cecily Breeding, who studied the connection between physical movement and spiritual activity as a graduate student in religion at Pepperdine, said rest is not the absence of work, but rather it is the natural conclusion and continuation of work.

Breeding is a sacred yoga instructor and physical fitness enthusiast who practices CrossFit and other rigorous strength-training exercises. She said she likens the perceived tension between work and rest to the interplay between discipline and freedom.

“Discipline and freedom are not opposites of each other,” Breeding said. “But only when you choose proper disciplines can you enjoy the fruits of freedom that emerge from that.”

As an example, Breeding said the work she puts into her body at the gym and the discipline it requires provides her with the freedom to do things she wouldn’t normally be able to, like move heavy objects in her home without asking for help.

Beyond this freedom, Breeding said she believes all physical activity can be a spiritual discipline. Whether it be yoga, strength training or meditation, all of these things are extensions of her ability to reflect the divine life of God to others.

“As is always the case with a spiritual discipline, we have to just show up and do the work, do the practice and trust that the Spirit moves and meets us there,” Breeding said.

Though it is easy to forget, Highfield said remembering who God is and trusting in Him might be the antidote to anxiety many are searching for.

“The only rest available is in God — there is no other option,” Highfield said. “I don’t have to break down doors. God opens doors, and Jesus said His burden is light and His yoke is easy.”