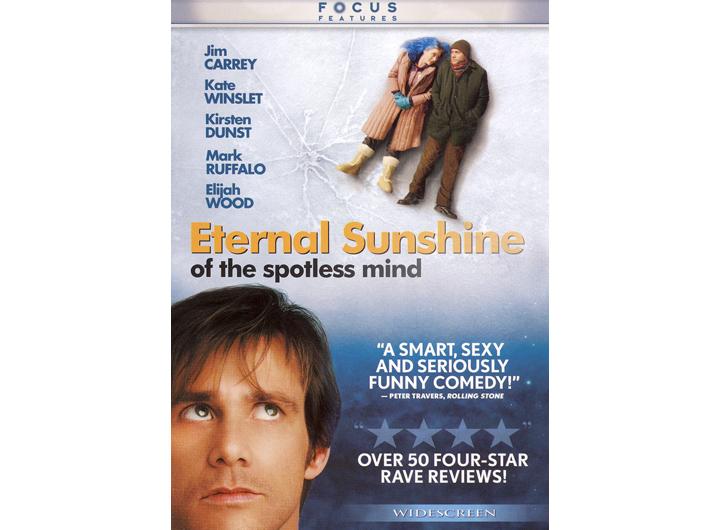 Do you ever wish you could forget a bad breakup? A lost pet? That one time a waitress told you to enjoy your food and you said, “You too?” In his 2004 film “Eternal Sunshine of the Spotless Mind,” Director Michel Gondry explores the need to forget.

Despite being over 15 years old, the film is still relevant. It combines the hopefulness of a romantic comedy, the excitement of a science fiction and the underlying solemnity of a tragedy to create a bittersweet commentary on the usage of memories and communication in our daily lives.

In “Eternal Sunshine of the Spotless Mind,” a woman named Clementine (Kate Winslet) undergoes an experimental procedure to forget her ex (Jim Carrey) in the wake of their bad breakup. After hearing about this, her ex, Joel Parish, decides to also have his memories erased.

To erase these painful memories, however, Joel must relive them. While doing so, he realizes that the relationship could have succeeded, and he fights to remember Clementine.

A commentary on how we process emotions, this film is timeless for both its story and the phenomenal performances by actors such as Jim Carrey (“The Truman Show”), Kate Winslet (“Titanic”), Kristen Dunst (“Spiderman”), Mark Ruffalo (“Avengers”), Elijah Wood (“The Lord of the Rings” Series) and Tom Wilkinson (“Batman Begins”).

This film displays the importance of communication through three different relationships — all with varying degrees of success. Dr. Howard’s (Tom Wilkinson) procedure gives patients an out when relationships come to a bad end. He works with the patients to create a map of bad memories and follows it through the brain, deleting memories he comes into contact with.

Instead of finding closure, the patients are given a quick fix to their emotions — forgetting them, and the person who caused them, entirely.

Over time, the negative effects of the procedure are exposed and the audience is able to see why memory is necessary: Without it, people are liable to repeat past mistakes. There is no chance for these characters to grow; they shy away from their issues and forget what they are at fault for. At its core, the film poses the question: If someone cannot remember their mistakes, how can they grow from them?

As the story progresses, a trend appears. The couples with the ability to communicate triumph, while the ones that cannot resign themselves to the procedure. Hurt breeds more hurt, and characters are trapped in a cycle of pain and anger. As Joel Parish travels through his memories, he sees that the reason his relationship failed was a lack of communication.

The film’s costume department works to drive the message home, as the characters’ clothing speaks a lot about their personalities. A woman with brightly dyed hair is impulsive, and a man who hates being seen hides within baggy clothes. The change in how these characters dress is a guide through the cyclical timeline of the film.

Though the order of events may be confusing at first, audiences are able to gauge the approximate timeline by the appearance of characters. For example, the change in Clementine’s hair showcases each stage in her relationship with Joel Parish.

Today, this film seems more relevant than ever. Ghosting, when one person cuts off all contact with another, is a common practice among youth. When someone engages in ghosting, they take steps to remove another person from their lives.

The medical procedure in this film is a more extreme version of ghosting. For example, notices announce that a relationship ceases to exist, so it never comes up in casual conversation.

As a result of quarantine, it is harder to see people face to face and relationships suffer because of it. People can no longer see their friends while at school, head to the movies together, or sit down in a coffee shop. Coincidental run-ins are kept short, if they happen at all. While this is necessary to promote safety, it can leave people feeling extremely lonely.

Hanging out with others is now a text, a comment on a social media post, a phone call or a Zoom meeting. Online communication can leave people feeling exhausted and lonely, as they lose in-person interaction and can cause them to put even less effort into communication at a time when they most need it. “Eternal Sunshine of the Spotless Mind” reminds viewers why it is important to make that effort.

This film is also a tale of hope. The movie shows that bad days can turn into something great and love can be born out of heartbreak. “Eternal Sunshine of The Spotless Mind” is based less on otherworldly science and more on the importance of human emotions and allowing oneself to feel them.

For those who are kept home by quarantine and in search of a sincere look at romance and the struggle to make things work, “Eternal Sunshine of the Spotless Mind” is now available for streaming on Netflix, iTunes, Vudu, Amazon, Google Play and YouTube.