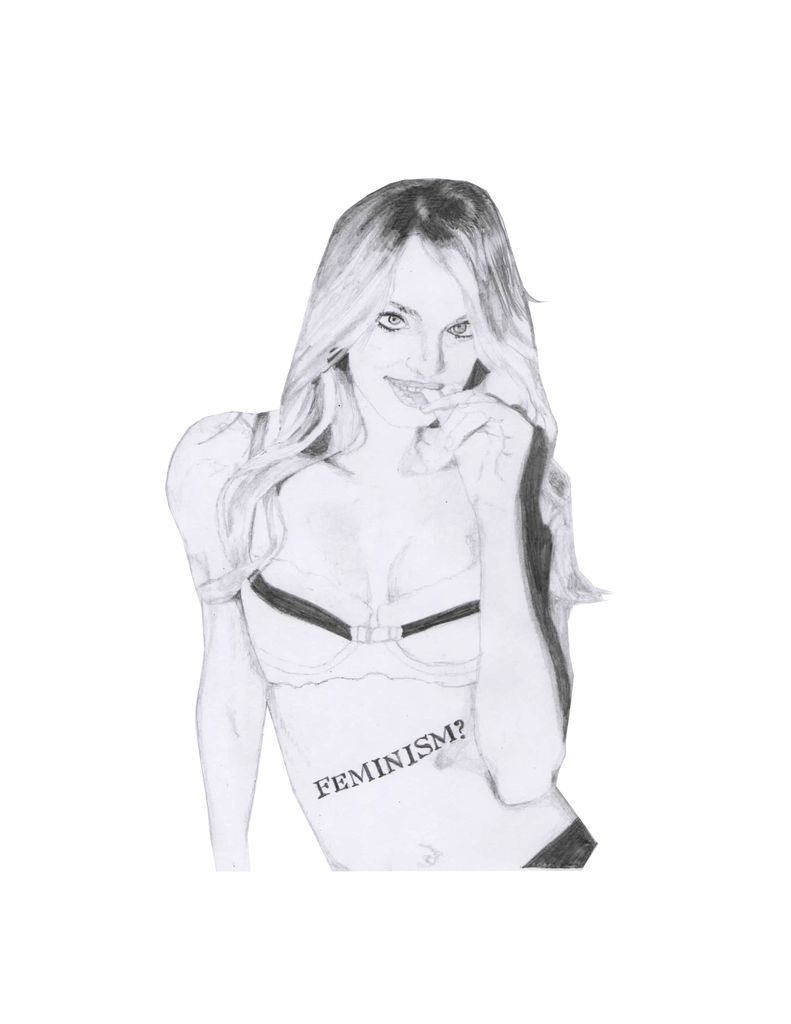 Although the flurry of ogling women at the Victoria’s Secret annual “fashion show” has abated since the Christmas season, its remnants are present in the rubble of hyper-feminine girl power. Posts on Tumblr, BuzzFeed and conversations in the common rooms of Pepperdine chronicle the mental inventory of Millennial feminists who spout the merits of Taylor Swift’s “girl squad” with the same gusto of second-wave feminists lobbying for the passage of the Equal Rights Amendment.

The problem with pop-culture feminism where Taylor Swift is the ultimate feminist icon and Victoria’s Secret is a feminist triumph is further encapsulated in an article by Jill Filipovic for The Washington Post published on July 23, 2015, titled “Sorry, Taylor Swift, being a feminist is about more than just supporting your girlfriends.” In the article, Filipovic touches on the problems of mainstream feminism.

“Feminism is more than just supporting your girlfriends or churning out charming catchphrases about girl power; it’s a political movement, with political aims,” Filipovic noted in the article.

These political aims are sometimes forgotten in today’s feminism, where labeling something as “feminist” is usually the extent of one’s advocacy, and all female acts are viewed as liberating.

The annual Victoria’s Secret fashion show encapsulates this version of mainstream feminism. It has amassed a cult following, with critics and devotees entering into a dichotomous relationship where the line between enchantment and disgust is narrow.

This line between enchantment and disgust has shrunken to a fusion of the giggly teenage girl ogling over the Victoria’s Secret Angel and of the unabashed, stalwart feminist brought together in one viewer. The giggly stalwart feminist hybrid tells you that lingerie is a choice, and parading around in it is feminism; the hybrid abides by the belief that if something is done by a woman, then it has feminist underpinnings.

This pop-culture feminism has been described by Ariel Levy in her book “Female Chauvinist Pigs: Women and the Rise of Raunch Culture.” Levy posits that raunch culture (i.e. “Girls Gone Wild”) has given rise to a new kind of feminism where sexual promiscuity is conflated with liberation. Victoria’s Secret feminism is a brand of feminism that advances the idea that wearing sultry clothing is about choice, and shows a woman taking charge of her sexuality and taking ownership of herself.

If Victoria’s Secret wanted to advocate for true feminism, then women of all shapes, sizes, ages and origin would be considered. According to an article by Helena Pike titled “Between the Catwalk and the Consumer: Fashion’s Growing Diversity Gap,” published on Oct. 11, 2015, for the Business of Fashion, about 80 percent of runway models are white. But the inclusion of a wider breadth of women into the Victoria’s Secret fashion show only solves the problem of superficial diversity. What about the question of modeling lingerie — should that be considered a feminist act in itself?

The chief problem with the lingerie question lies in the fact that Victoria’s Secret, and the wider view cultivated in mainstream feminism, preys on a warped re-appropriation of things that are classically sexist and damaging to the 91 percent of women who are unhappy with their bodies, a DoSomething.org study reports. While one could certainly abide by the belief that wearing lingerie and displaying one’s body can be an act of empowerment, lately it seems to be the only act of empowerment worth noting

The fashion show — and the brand of feminism that has risen up around it — serve as a larger commentary on what we view as liberating and how our concept of liberation revolves around naked female bodies. The conflation of nudity and liberation exemplifies the culture of sexism that previous generations of feminism have railed against, but have become accepted today. Thus, our conception of feminism and of womanhood should probe deeper — certainly deeper than lingerie and some pop culture spectacle.

But perhaps more importantly, we need to remember that not every female action is a feminist triumph, that individuals need to stop using the term “feminist” as an adjective to legitimize every seemingly controversial action done by a woman. You don’t get to call yourself or something feminist just by being a woman. Work to rectify and erase sexism, understand the viewpoints of the marginalized by educating yourself about global feminist issues like female education, sexual assault and violence (not just Taylor swift’s girl squad) and evaluate your definition of what feminism encompasses. And for good measure, burn the million-dollar bra too.