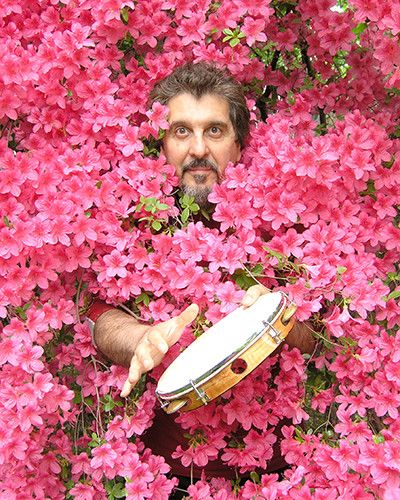 If there has ever been a time in your life that you wanted to dance passionately with the musicians of Woodstock-based Creative Music Studio, now is the time.

“Uncontrollable booties” will be sprinkled throughout the audience,” Baptista said about his upcoming performance. “It’s a butt-shaker show; they always end up just shaking.”

Baptista came to the United States in 1980 when he was offered a scholarship to create music, and in return, he became an emergent percussionist. His experience producing beautiful sounds with musicians of all genres is expansive. From Paul Simon to Yo-Yo Ma to Tony Bennett, Baptista has collaborated and produced albums with a variety of talented artists.

As a musician, Baptista mixes sounds and styles of the world to yield a personalized genre of percussion. Bird noises coming from a number of different instruments place the audience in the middle of another habitat.

Baptista said he enjoys percussion because it allows the musician to emulate the sounds in the surrounding environment. Growing up near the rain forest, Baptista said there were plenty of sounds to recreate.

“All the sounds in the rain forest are my symphony,” Baptista said. “The birds, the water, the rain drops lingering” are all pieces of his home roots that he said are special to him when producing music.

Today, Baptista calls Lower Manhattan home. Living in New York has its own sounds that Baptista can transform into musical notes. “The subways and the rhythm of the streets are strong elements in my work,” Baptista said.

Baptista’s “Banquet of the Spirit” has never performed at Pepperdine, but he said the group is thrilled about the event.

Baptista said he and his group put all of their influence and past experiences “inside a blender and the juice is the music we’re going to present at Pepperdine.”

The group records together frequently, having two collaborative albums, but Baptista said when they go on stage, it is a different moment that they want to capture in a special way.

“We want to tell a story,” Baptista said.

Baptista reminisced about an artist he used to perform with, Laurie Anderson, whose invention allowed people to record a story in a voice box and place it inside a pillow. At night the story is replayed to hear before bed.

“The pillow would tell you a story,” Baptista said. “I want to be the Pepperdine pillow.”

Performing at Pepperdine and flying to the West Coast is an exciting trip for Baptista, who said he is ecstatic about visiting. Baptista said he has been to Malibu once when he was rehearsing with Sting.

“The West Coast for a Brazilian is like the end of the world because we’ve never seen anything like it,” Baptista said. 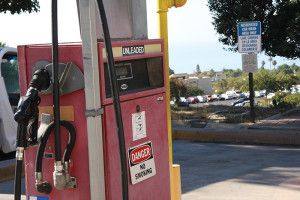 Photos by Sylvia Hartley They reside in the land of the lost. A place where no student is granted access, where the earth’s...
Copyright 2013 Jupiter Premium Magazine Theme
Back to top