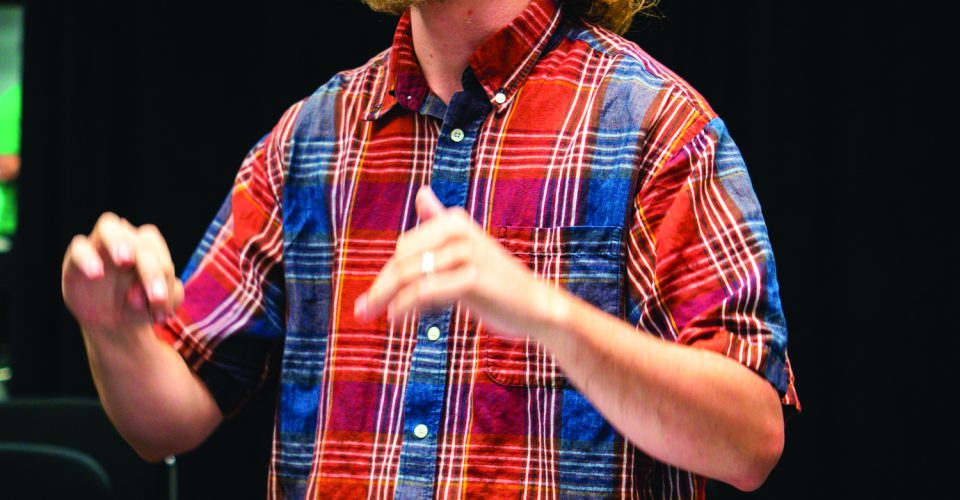 Joshua Edwards, as he is professionally known, always saw music as the best kind of challenge.

Yet Edwards, who is a double major in music and religion, said he almost didn’t pursue music professionally, considering worship ministry instead. His composition teacher, Music Professor N. Lincoln Hanks, had a different idea for him.

Edwards said Hanks would frequently email him information about different music programs and although he usually wouldn’t read them, one email for a master’s program in composing struck a chord.

“There was this one day he sent me this email and I read the description of this program and something inside of me that just said, ‘This is what you’re made to do,'” Edwards said.

Edwards said that while praying, he had a vision of an angel going to different people on Earth and asking them why they do what they do. When the angel got to a group of musicians, they didn’t even stop to answer, they just kept making music. Edwards said that was the turning point for him.

“I have the opportunity to engage in something that has so much inherent value that I didn’t even feel like I had to defend it for being valuable,” Edwards said. “That was the moment when I decided I wanted to do music professionally.”

Since the fifth grade, Edwards has exceeded his own expectations as to how far music can take him.

“I just started taking lessons and just loved it so much,” Edwards said. “Something about music, it made my brain work in ways that were challenging and interesting. Up to that point, I hadn’t been super challenged in school, so this was something that was harder [that] I could really work on.”

Edwards began playing guitar at 10 and immediately fell in love. The next year he started the french horn.

“It’s really hard –– it’s objectively one of the hardest if not the hardest instrument in the orchestra to learn,” Edwards said. “So I started learning that and that was really, really a challenge.”

In the sixth grade, Edwards auditioned for a worship leading training program at his church and was accepted.

“I got involved with planning rehearsals and meeting rehearsals, and I learned a lot about how to interact with people and how to put a service together,” Edwards said.

Edwards also began singing in this program. He said he found a passion and talent for singing and it added another means of musical expression.

Edwards became drum major in the marching band his sophomore year and continued for the remainder of his high school career.

“That was a big period for me, just learning how to lead, because the band was about 300 people and it would just be me and two or three other drum majors,” Edwards said.

It was two years into his time at Pepperdine that he decided to pursue music professionally. He said he considered being a worship leader because he didn’t know of career paths he could take with classical music.

“Both of my parents are ministers for this mission’s organization called Let’s Start Talking, which is a really cool group that I’ve actually partnered with the University Church here at Pepperdine,” Edwards said. “I grew up going on trips with my parents and doing ministry with them and I knew that was a possibility. I knew my faith was always a huge part of my life, and I knew I wanted to go to college somewhere where I could study music and the Bible.”

After his vision changed his mind, he started submitting his composition pieces to the conferences.

“I got into one in New York City, so this past summer, I went up to New York City and got to perform one of my pieces,” Edwards said. “And I just got into this huge conference that I’m super excited about that’s happening in Boston in March, and I just got the news that the Fine Arts Division and the Dean’s Office here at Pepperdine is going to pay for me to go and perform there.”

Edwards is traveling to Boston with his piece titled “Sublimity.” The piece is a live project in which “the performers run all of their sounds through live audio effects in order to create a unified sonic landscape,” according to Edward’s website.

Edwards has been applying to graduate schools to further pursue a career in music and hopes to keep composing. He is also interested in university teaching and conducting.

Edwards said he wouldn’t have gotten this far as a musician without the support he found at Pepperdine.

“The music program here is amazing and has been a really inviting place,” Edwards said. “The composing program here is really small; I’ve just had so much individual attention since I’ve been here. I did not get here alone by any means, and I’m so thankful for the opportunities I’ve been given here.”

Christine Galyean Finds the "Beauty in the Mundane" through Theatre 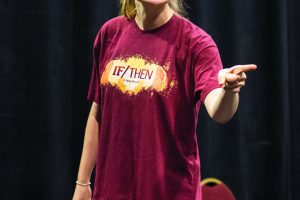 Christine Galyean Finds the "Beauty in the Mundane" through Theatre

Photo by Milan LoiaconoChristine Galyean started acting when she was 11, but not because she wanted to; her parents wanted...
Copyright 2013 Jupiter Premium Magazine Theme
Back to top