While there are already plenty of films about submarines — “The Hunt for Red October,” “K-19: Widowmaker” and “Das Boot” — oftentimes, the way a director shapes the material given to them can help a film surpass its original expectations. There is no better evidence of that than “Black Sea.”

Originally a limited release in the United Kingdom in 2014, the film was recently released worldwide. The story focuses on a Scottish submarine captain, who is laid off after 11 years by his corporate employers. Desperate to make ends meet, he meets with a shady investor at the suggestion of a friend. The investor puts forth an interesting offer — to extract a large shipment of Nazi gold from a sunken World War II submarine in the Black Sea.

The film is directed and produced by Kevin MacDonald, recognized for his Academy Award winning direction of the film “The Last King of Scotland,” and written by television writer Dennis Kelly.

MacDonald’s direction emphasizes the on-board tension present during the interaction between the group of Russians and Brits, with Jude Law’s character’s many attempts to mediate. The progression of this dynamic is fascinating to watch as the story progresses and the characters develop.

While many of the characters and moments may seem cliché to those who have seen too many films to count, the actors elevate the material and give their parts a sense of depth. Most remarkable among the performances is that of Jude Law. While known for many romantic roles in the 90s, like Matthew McConaughey and Leonardo DiCaprio he has undergone a recent career revival with such works as the Guy Ritchie “Sherlock Holmes” films, “Dom Hemmingway” and “Side Effects.”

Actors Scoot McNairy from the AMC television show “Halt and Catch Fire” and Ben Mendelsohn from “The Dark Knight Rises” provide the necessary support, but this is Law’s film all the way.

The second most prominent star of the film is the cinematography by Christopher Ross. While he is known for his work on short films and several obscure television series, the effort put forth shows that he is more than capable when it comes to feature films. Despite the familiar beats, the intensity is not lost, largely due to the emphasis on close-up facial expressions and the claustrophobia of living in a small, rusty, mobile space constantly struggling to keep out millions of tons of water.

Though the film does briefly explore some rather complex themes, including the negative effects of the corporate mentality and the expendability of the human factor in the 21st century, “Black Sea” remains, at its core, an undersea thriller. If you want a solid, tense story about men driven to desperation in their quest for limitless wealth, then this film will provide you with just that. It is only at a limited number of theaters, so I would recommend that you see before it submerges from view.

What is Love? Christian Grey Don’t Hurt Me 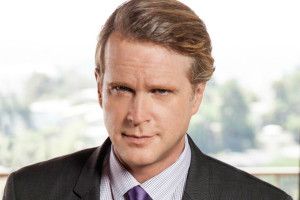 Photos courtesy of the Anderson GroupBeloved actor Cary Elwes, who played the iconic role of Westley in the cult-classic...
Copyright 2013 Jupiter Premium Magazine Theme
Back to top