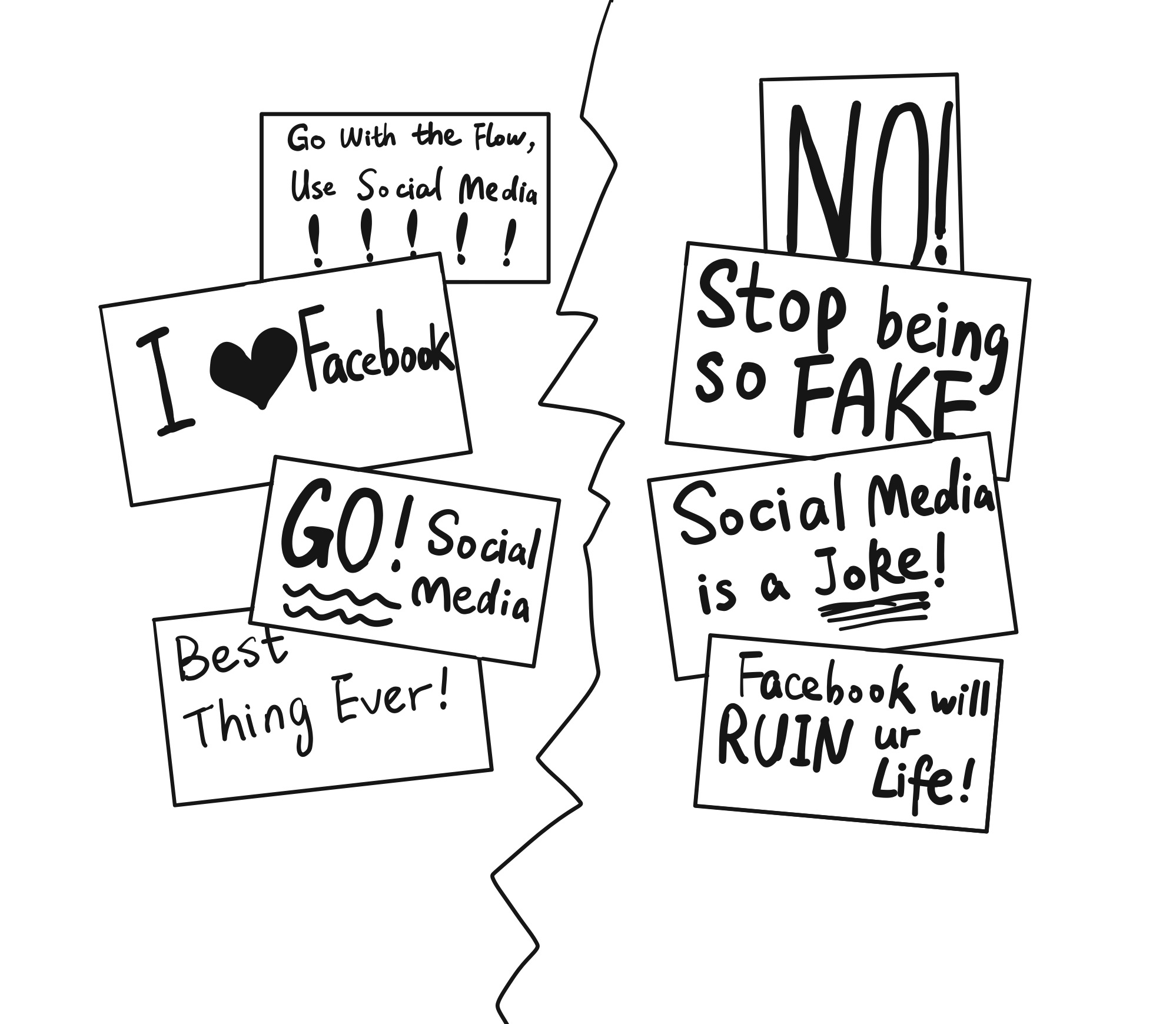 It seems like every other week another article comes out about how technology is ruining lives, turning the populous into brain dead zombies who can’t be without their phones for 20 minutes and are addicted to the dopamine dose they get every time someone likes their post on Facebook.

People love to harken back to the old days of yore when apparently everyone was incredibly good at socializing, and the effort put into menial tasks somehow made them more valuable. But these nostalgic doomsdayers fail to take into account how the benefits of modern technology vastly outweigh any negative side effects.

First, technology has not made people less social. If anything, the opposite is true. Before, if someone had a niche interest in some rare book or film, they would be lucky to find someone who shared it. Now they can find and join groups online in seconds full of hundreds of people who also enjoy obscure 19th century Russian romance novels or who also obsess over that new hardcore English political post-punk band.

Whatever someone’s passion may be, they can find a community of supporters online, as well as keep in touch with people who would have otherwise dropped out of their life.

Communicating over text is certainly inferior to speaking with someone in person, but no more so than any other form of written communication. The ability to reply immediately and the use of emojis and gifs also brings back some of the subtlety of implication normally found in body language, tonality, and facial expression.

Yes, it’s rude for someone to be on their phone when someone is talking to them and people shouldn’t do that. But in most cases it only lasts a few seconds and is rarely a big deal. Besides, if the person they’re texting is their mother or their significant other it’s not unreasonable to think the text conversation is the more important of the two.

Technology may be addictive, but so are a million other things. “Researchers compare the lure of digital stimulation less to that of drugs and alcohol than to food and sex, which are essential but counterproductive in excess,” according to Matt Richtel’s article “Attached to Technology and Paying a Price,” published June 6, 2010 by the New York Times.

Technology becomes a problem when it interferes with one’s ability to perform certain responsibilities, interact with friends and loved ones, and one’s happiness is entirely dependent upon it. These are the hallmarks of any addiction.

However, normal technology use has few negative side effects and some pretty major benefits. Besides the obvious ease of access to information and the efficiency that modern tech provides in performing day-to-day tasks, tech also rewires the brain in helpful ways. “Research shows that, for example, video games and other screen media improve visual-spatial capabilities, increase attentional ability, reaction times, and the capacity to identify details among clutter,” according to Dr. Jim Taylor’s article “How Technology is Changing the Way Children Think and Focus” published Dec. 4, 2012 by Psychology Today.

The brain is simply adjusting to a changing world, and why should that be a bad thing? Just like food and alcohol consumption, as long as people manage their technology use and refrain from falling into unhealthy habits it should not create a great strain on their life.

It’s pointless to dream about the “good ol’ days.” They’re not coming back. This is the way the world is now: internet, social media, smart phones, self driving cars, drones and the like. Progress marches on, and really, what has been lost? Nothing. Technology has freed people to follow all kinds of pursuits they didn’t have access to before, to interact with other parts of the world and connect on a global level. What could be better?