Ebola reached the U.S. but we’ll be fine

The line between harsh reality and sensationalism has been over-stepped in most coverage of the Ebola outbreaks in the West African countries of Sierra Leone, Liberia, Guinea and Nigeria. I am not trying to downplay the seriousness of the virus outbreak and by no means wish to mitigate the horrific devastation of life occurring in West Africa.

Ebola is a very serious disease with no known cure, and the gravity of the situation in West Africa should not be dismissed.

While the concern for one’s own countrymen should always be a priority, the victims of the disease deserve a little more respect. Why are we making such a big deal about bringing victims of the Ebola virus into intensive-care, isolation units here in the United States when hundreds of people are dying in squalid conditions without any hope of recovery?

While I was in Uganda this summer with International Programs, the reality of my privileged life as an American was drastically eye-opening, but even more extreme was the outsider’s perception of my position as an American. Even as a young, unemployed, undergraduate student, the resources available to me are far greater the majority of those living in African countries.

The U.S. has received a lot of international criticism for taking such extreme care of their own while countries in West Africa struggle to provide even minimal treatment to address local outbreaks.

The Ebola virus has killed more than 1,000 people with almost just as many diagnosed with the untreatable disease, according to the World Health Organization. The fatalities from this outbreak almost surpass the total WHO recorded deaths since the discovery of the virus in 1976 making it the largest outbreak of Ebola in history. The virus was first discovered in the Democratic Republic of the Congo and was named after the Ebola river in the region of one of the first outbreaks.

Uganda has experienced several outbreaks of the Ebola virus since 2000, the most recent being in November 2012. There were six confirmed cases and of those, four died. In an online article by Deutsche Welle media Aug. 21, a virologist working at the Uganda Virus Research Institute reported that the ability to get blood test results in a much more timely manner allowed them to halt the outbreaks before they grew to epidemic proportions. The country’s methods of prevention were empowered by the cooperation between the population and their community health facilities.

The WHO also said the higher level of mobility was the primary cause of the rapid spread of Ebola throughout West Africa; Ugandans are relatively more stationary, making it easier for for health officials to contain the virus.

When two American health workers were infected with the virus and brought back to America people flew into a panic. The victims were both missionaries who were stationed in Liberia with the organization Samaritan’s Purse. They were placed in intensive-care isolation units and administered an experimental drug called ZMapp. According to a CNN article published Aug. 5, the drug had never been tried on a human being but was tested on monkeys and shown to have promising results.

Some felt strongly that the U.S. was selfishly keeping a cure to themselves and looking out only for their own. The assistant Health Minister in Liberia, Tolbert Nyenswah, said in an interview with the LA Times on Aug. 6, “The population here is asking: ‘You said there was no cure for Ebola, but the Americans are curing it?’”

While there is still no guaranteed cure, the accusation stands on uncertain footing since a Spanish priest who was also administered ZMapp did not recover. So far, the six suspected cases of the virus that were brought to the U.S. have tested negative, and the WHO claims it is highly unlikely that Ebola would manifest itself in the U.S., let alone come close to the proportions at which it is present in the African continent. What it ultimately comes down to is that individuals in the affected countries in West Africa lack the finances and the medical infrastructure to effectively combat the belligerence of the Ebola virus.

No matter how much financial assistance is being given to the countries battling Ebola, the hostile conditions and inadequate medical facilities combined with the overwhelming number of patients is a daunting situation. The morale among West Africans as well as the trust between doctors and patients has been weakened, and resentment toward the hierarchy of international health care has considerably grown.

We are global citizens — and therefore we are responsible to help those we can. We are witnesses to the devastation being experienced by our neighbors and looking out for those closest to us starts with taking care of those around us. 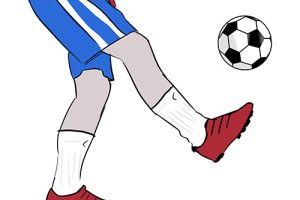 Art by Sacha Irick It was a trying journey from the moment FIFA drew the initial World Cup brackets and announced that my dear...
Copyright 2013 Jupiter Premium Magazine Theme
Back to top