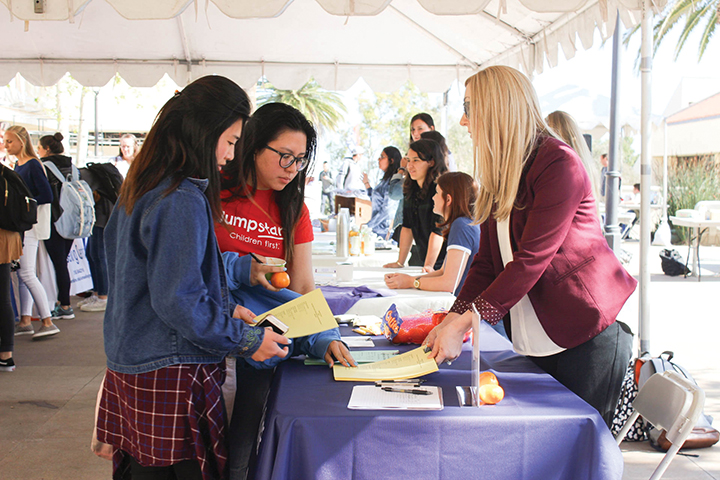 The events were a combined effort of Pepperdine Health Center, Counseling Center and Campus Recreation.

Hannah DeWalt, the Health and Wellness education coordinator, serves the Counseling and Health centers with their health promotion and outreach. DeWalt said she noticed that different organizations were not coordinating eating disorder programs together last year.

“I decided that this year I would reach out to those partners and see if we could all collaborate on one week of awareness and hopefully have a greater impact,” DeWalt said. “This week came from me noticing people doing programming last year, but then the data showed that we need to talk about this.”

Every two years, colleges across the United States participate in the National College Health Assessment that sends out a survey on nutrition, exercise, mental health, sexual health and general safety health. 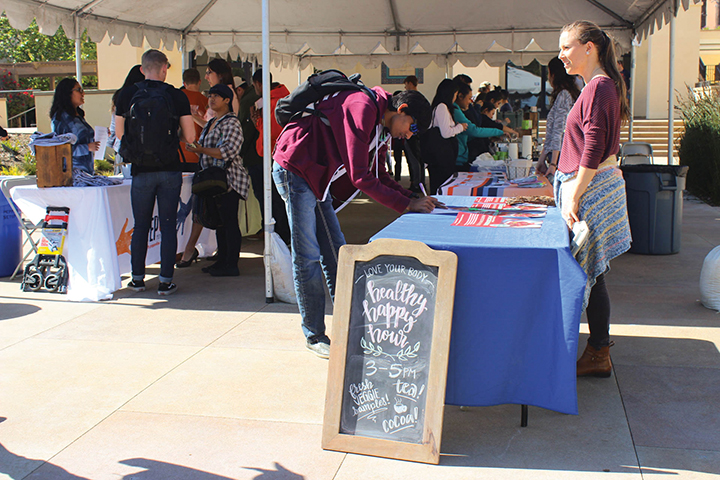 Senior Alice Tak’s role was marketing the creative aspects of Love Your Body Week. She said she created posters that opened up the demographics to both genders because both males and females deal with body image issues.

“People were shocked with how big the percentage was,” Tak said. “It was reassuring to see that other people go through it as well and it’s not just you.”

DeWalt said this year’s NHCA survey was released March 20 and will be out for three weeks. The survey randomly sent to 60 percent of Seaver students and those who complete it automatically get a $10 Amazon gift card.

“For those who do receive it, we need them to do it,” DeWalt said. “It contributes greatly to the work that we do in deciding which programs we’re going to offer.”

The Health Center’s Love your Body convo had a panel of speakers who talked about body image in general and specifically eating disorder. Professor Kelly Haer, who teaches a body image and education psychology course, spoke on the panel.

“One of the most important things we talked about was how people try to use their body to meet unmet needs,” Haer said. “It was helpful for students to consider how unmet needs lead to dissatisfaction with the body.” 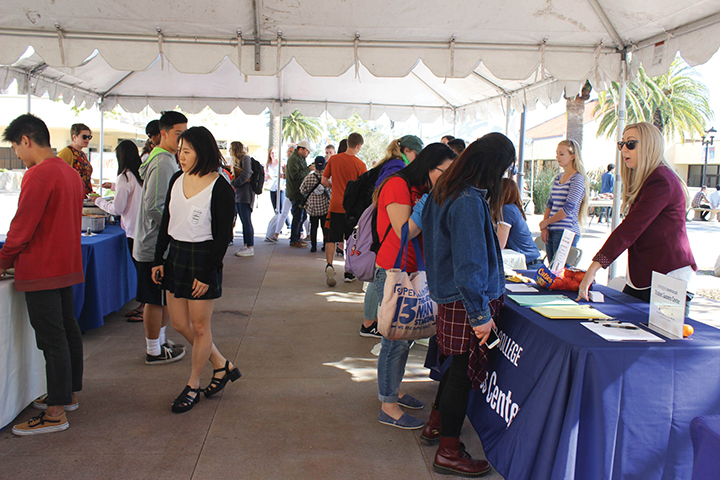 The counseling screening was focused on what the problem looks like and how to identify that in a friend. Dewalt said they combined the Step-Up campaign into their screening.

Healthy Happy Hour featured the vegetables of the cafeteria with different dishes for the students to try. Tak said students were able to come and interact with the table and win gifts and prizes after they learn about body positivity.

Dewalt said she encouraged students to try vegetables, with only 5 percent of Pepperdine students getting the amount of fruits and vegetables needed on their regular basis.

DeWalt said getting the sleep, physical activity and good nutrition that students need is important to help them be who they are created to be and help them live out their purpose.

“Your body should be your home and it should be a safe and comfortable place,” DeWalt said. “I’m hoping that just ultimately creates more conversation on the topic and that conversation brings freedom to bring students to be able to name their struggle and support each other in moving past and overcoming.” 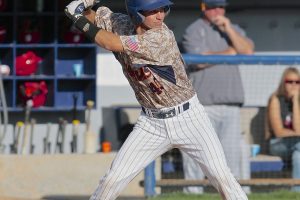