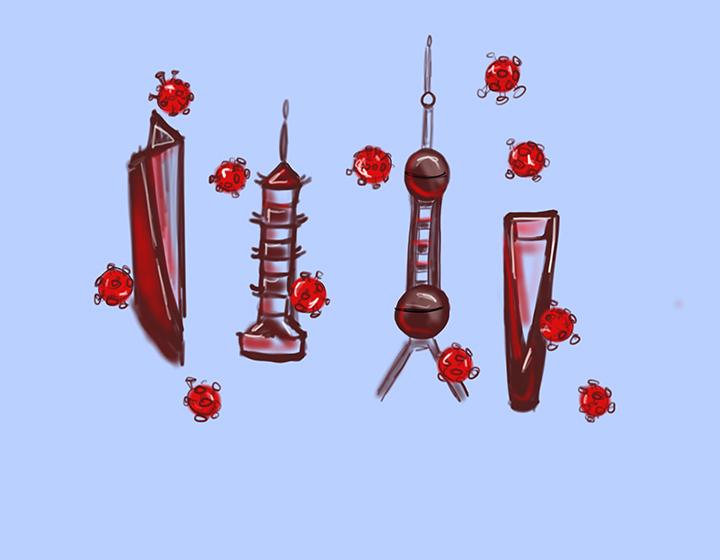 While the Shanghai program was the first to be suspended, its participants were the last of IP students to return home with the Malibu campus.

The program spent two weeks in Shanghai, followed by a two-week travel break for Chinese New Year. On Jan 29, while on their travel break, students received word from the university that they would not be returning to Shanghai.

The cohort then had two weeks at home on both vacation and in quarantine before they were allowed to resume classes in Malibu, where they spent two weeks adjusting to their new semester. Most of the professors teaching the courses in Shanghai were Chinese, and Pepperdine provided a new group of professors to teach the classes on Malibu campus, minus the program’s faculty in residence, who returned with the group.

A few days after spring break, Malibu campus closed, and the group returned to their permanent addresses March 15 to begin online classes.

“I think our Shanghai class earns the award for the most disruptive semester in the history of mankind,” Richardson said.

While the seemingly endless moving was upsetting, sophomore Bradford Holladay said he was glad to have the opportunity to come back to Malibu campus and reconnect with some friends there.

“It was great — people were pretty understanding,” Holladay said. “A lot of people wanted to hear about our experiences abroad. I’m very glad that we got the chance to go back to Malibu and see everyone, even if classes were a little rough.”

Similar to most Malibu students, the Shanghai cohort found it surprising to hear that campus would close due to COVID-19. Holladay said it was intriguing to watch the problem develop — as they had been sent from China to Malibu, and now they were forced to leave Malibu as well.

“Nobody expected the whole university to be affected by it in the way that it has been,” Holladay said. “But now it is nice — kind of everyone understands what we went through in a certain regard.”

Since returning home to Orange County, Richardson spends his time social distancing, learning new skills, reading and working out. Richardson said he’s extra cautious of who he’s being exposed to because his father works in the medical field.

Holladay went home to Nashville, Tennessee, and he said life in his hometown is getting a little more serious each day.

“It’s definitely a crazy situation,” Holladay said. “Just about everyone I know has been affected by it now, which I did not expect when I got sent back the first time.”

Students arrived at their permanent addresses March 15. Their belongings from Shanghai, however, have still not arrived. Because of the quick departure during their travel break, students were unable to return to Shanghai to gather their personal items before returning to the United States. This left several without laptop computers, and these students have since been using borrowed Chromebooks, Richardson said. Holladay said some students have now received their belongings, but he’s still waiting on his, two months after leaving China.

The Shanghai cohort has stayed connected through Zoom classes and their GroupMe group chat, Holladay said.

“I’m definitely more in contact with them than anyone else at this point just because we do all have the convenience of being in class at the same time,” Holladay said.

Shanghai’s situation was unprecedented, and Richardson commended the university for its response.

“Personally, I think they did all that they could,” Richardson said of International Programs. “They fulfilled their responsibility of keeping Pepperdine students safe and trying to provide a good educational experience.“

Holladay agreed that while this wasn’t the best case scenario, he was content with how it all played out.

“Pepperdine was very accommodating with us,” Holladay said. “They helped us out a lot with that transition, and I’m very grateful to the university for doing that.”