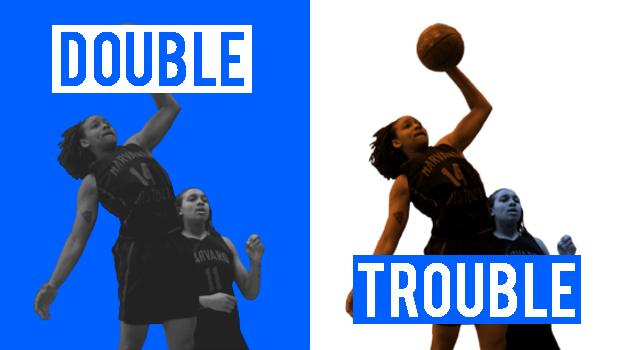 Harvard-Westlake twins Jayda and Jayla Ruffus-Milner verbally committed to Pepperdine on Sunday night, according to the Harvard-Westlake Girls’ Basketball Twitter account. The twin sisters from Harvard-Westlake High School in Studio City, CA are the first two verbal commitments for Pepperdine’s incoming class of 2018.

Jayda and Jayla Ruffus-Milner commit to Pepperdine. Congrats girls your work ethic and dedication has paid off!!! pic.twitter.com/bmoJHAYie8

Although National Signing Day isn’t until April 18, verbal commitments are fairly certain indicators that the Ruffus-Milner twins will attend Pepperdine in fall of 2018.

Both Jayda and Jaylen are 5’11” forwards who are double-digit scorers, according to their MaxPreps profiles. The Ruffus-Milner sisters compliment each other’s offensive strategies: Jayda gets most of her points by driving to the basket and making floaters in the paint, whereas Jayla can also hit the midrange shot with her quick release.

In her junior season, Jayda averaged 12.3 points per game and 7.9 rebounds per game in 22.3 minutes per game. Her sister Jayla averaged a double-double last season by notching 15.0 points and 10.4 rebounds per game en route to being named the Los Angeles Daily News Girls Basketball Player of the Year.

It was the way Ruffus-Milner approached the game, doing whatever it took to win and be the consummate teammate. Ruffus-Milner powered Harvard-Westlake to the CIF Southern Section Open Division final and a slew of impressive victories. Her physicality, versatility and adaptability separated her from her peers, making her Daily News Player of the Year.

If anyone can keep up with Jayla on the court, it’s her sister Jayda. Aside from points and rebounds, the twin sisters averaged similar numbers in steals per game (2.4 per game) blocks per game (Jayda averaged 1.6, Jayla averaged 1.3) and points per shot (1.3), according to MaxPreps.

Put them on a basketball court and it is like a Ruffus-Milner blitz. One Ruffus-Milner is intimidating enough. Two Ruffus-Milners on the court at the same time is downright scary.

During the recruiting process, Jayla expressed that her and her sister planned on attending college together. Because of their decision, the “Ruffus-Milner blitz” will be renewed for at least four more seasons in Malibu, starting in the 2018-2019 season.

With transfer forwards Peyton Langston and Tylinn Carter set to graduate after the 2017-18 season, the Waves could definitely use the Ruffus-Milner sisters. Throw in all-WCC Preseason Team selection Yasmine Robinson-Bacote in the mix, and the Waves could have not one, but three 5’11” forwards who can attack the basket, rebound and step out for midrange jumpers with equal effort.

Here is a compilation of their highlights from the 2016-17 season: 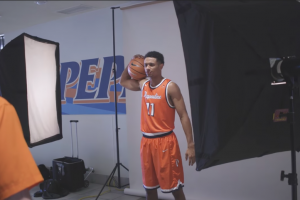 Screenshot from Both Feet In - Episode TwoSometimes, you’ve gotta pass the rock. In the Graphic’s “Three-Person-Weave”...
Copyright 2013 Jupiter Premium Magazine Theme
Back to top