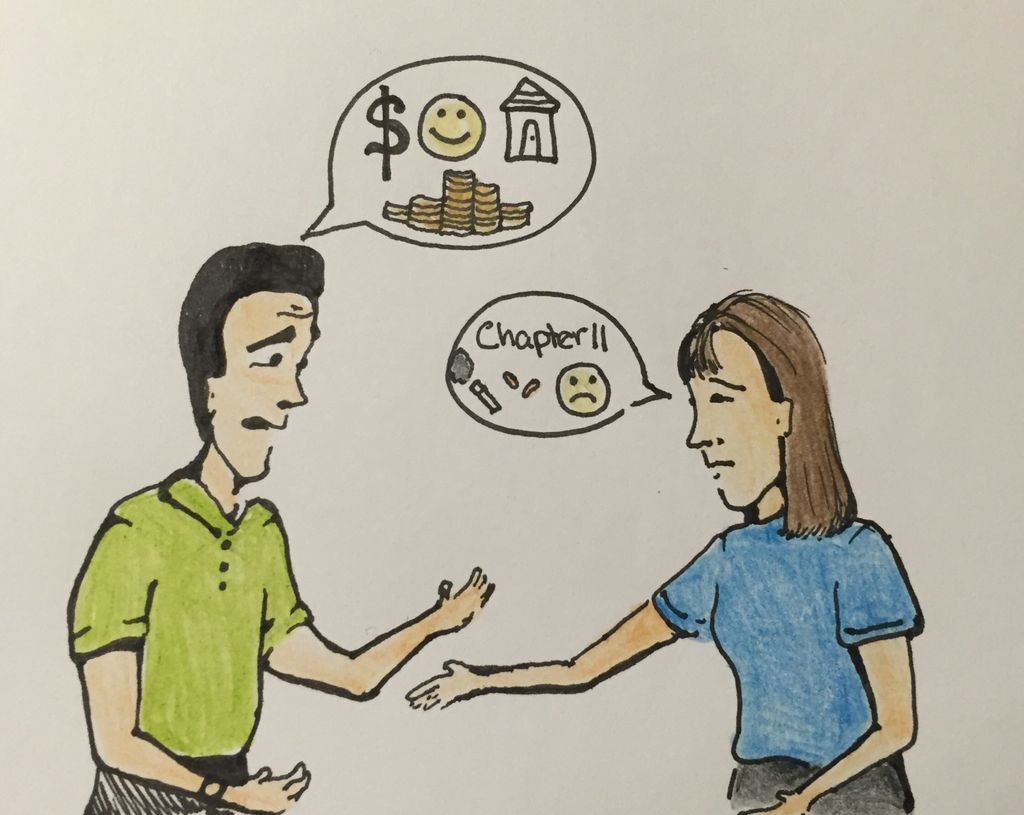 I honestly never had an interest in any sort of lottery participation until I had a group of six or seven college students storm my couch the night that the numbers were to be announced. They’d all purchased between one and seven lotto tickets, holding onto the gleaming shred of hope that maybe, just maybe, it would be them.

This first experience was actually kind of exciting for me. It was all in good fun, right? Two bucks for a lotto ticket that would either result in the harmless loss of those $2, or in the winnings of millions. It’s a gamble that most Americans are probably willing to take: low risk, high reward.

But a U.S. Uncut article titled “Why Winning the Powerball Will Make You Broke and Miserable” published Jan. 10 explains the misconception.

The article described the specific stories of various lottery winners, including a convicted felon who wound up infected with hepatitis from habitual drug use, residing in a storage unit covered in human feces and was penniless and dead by 58.

It also contained various sources backing itself up, including a reference to The National Endowment for Financial Education, which says that approximately 70 percent of big lottery winners lose that money within the first few years of winning it.

Furthermore, a paper published on rand.org in 2008 titled, “The Own and Social Effects of an Unexpected Income Shock: Evidence from the Dutch Postcode Lottery,” found that winning “has no detectable effects on a household’s reported happiness.” In fact, according to Harvard psychologist Daniel Gilbert, researchers found that lottery winners weren’t actually happier than a control group, but that they did take less pleasure in everyday events. After they won the lottery, nothing else remotely compared to that adrenaline, so it’s difficult for them to be impressed or excited about anything.

For a lot of people, this might not be news. We’ve heard plenty of times about how money has the ability to ruin lives, especially when large sums are given to people who aren’t equipped to handle it.

The most recent Powerball stakes were raised to more than $1.5 billion, but there’s a better way to distribute that money in a direction that benefits our nation as a whole, as opposed to just a few individuals. So I did some research (and some math) to see what $1.5 billion could buy, and here’s what I found.

The 2015-2016 tuition for Pepperdine University is $48,090, and including other expenses, it brings a Pepperdine student to a grand spending total of $67,152 per year, according to Pepperdine’s website. With that lottery money, we could pay the full tuition of about 7,797 Pepperdine students, and that’s before grants and scholarships. If we were looking to pay the full tuition as well as accompanying fees, including room and board, we could put about 5,584 students through Pepperdine, still before grants and scholarships.

In America, about 70 percent of students average almost $30,000 worth of student loans, according to the U.S. News article, “Average Student Loan Debt Approaches $30,000″ published. With that lottery money, we could erase the student loan debt for 50,000 of those students in America.

But instead, we choose to spend $2 on a ticket for something we have about as good of a chance of winning as we have of getting struck by lightning while simultaneously being eaten by a shark.

If every lotto-participating American chose to donate $2 toward one of these previously listed issues rather than purchasing a lottery ticket, our country would look a whole lot different than it does now.