Pepperdine’s rules regarding sexual activity are inappropriately strict. Students have the right to explore their sexuality in healthy and responsible ways prior to marriage without being subject to disciplinary action. When and with whom a student decides to have sex is a personal choice and should not be regulated by university rules.

“It is expected that all students will adhere to biblical teaching regarding moral and ethical practices. Engaging in or promoting conduct or lifestyles inconsistent with biblical teaching is not permitted,” states the Student Handbook. “The University reserves the right to refuse admittance to, or dismiss any person who violates these principles.”

“Sexual relationships” are included among these punishable violations, with the handbook going on to state, “Sexual relations of any kind outside of marriage are inconsistent with the teaching of Scripture, as understood by Christian churches throughout history, including Churches of Christ. Therefore, as a matter of moral and faith witness, all members of the University are expected to avoid such conduct themselves and to respect this understanding of sexual relationships.”

Violations of these rules are handled on a “case-by-case basis,” and may not necessarily lead to punitive action immediately. “The presence of the policy is not an indication that the University has begun a ‘witch hunt’ or will dispatch the ‘Sex Police,'” wrote Dean of Students Mark Davis in an email.

“The policy simply clarifies a standard of conduct, and as such, when the community standard is known to have been violated, and disciplinary action is deemed appropriate, that action may be taken,” Davis wrote. “All Pepperdine students, whether on campus or off, are expected to adhere to the policies of the University concerning their conduct. This does not mean stepped up enforcement on the University’s part, but it does clearly communicate expectations and allows for appropriate consequences to misconduct.”

The University may not be going out of their way to punish sexually active students, but the fact that they can is still problematic. Students have bodily autonomy and a right to make decisions about their own bodies, including when to have sex. This is ultimately a personal choice and not one that the University has any business regulating. It is a choice that should be made solely on the basis of personal considerations, not pressure from a partner, from society or from the University.

Pepperdine may have good reasons for encouraging students to remain abstinent until marriage. Not only do many people consider it important to their faith, it also helps ensure that people do not dismiss or suppress the emotional attachment that often accompanies a sexual relationship, and that they only form that attachment for someone who they are in a committed relationship with. But while Pepperdine may encourage abstinence, it should not be able to enforce it.

Waiting isn’t for everyone, and not everyone at Pepperdine considers sex outside of marriage to be a big deal — and that’s OK. Having premarital sex does not make one immoral or even a bad Christian. “When the Bible talks about virginity, it never really defines it but rather speaks of it in terms of sexual purity and abstaining from sexual immorality” wrote Evelyn Lee in her article “The myth of virginity,” published Nov. 21, 2014, in the Graphic.

Marriage is irrelevant to the morality of sexual acts. People can have sex in a morally good way outside of marriage, and in a morally bad way within it. “Marriage is not, and has never been, a way to protect against the harmful, bad and dangerous potential of sex,” wrote Jill Filipovic in her article “The moral case for sex before marriage,” published Sept. 24, 2012 by The Guardian. The fact that it is premarital is not enough reason to condemn sex.

Pepperdine students know themselves best, and they are capable of deciding what is right for them, whether that be abstinence, sleeping with their future spouse or having the occasional hook-up. If someone is mature and ready for sex, and they engage in it without harming themselves or others, there is no reason why they should feel guilty for that choice, much less be punished for it.

Pepperdine can continue to encourage abstinence and advocate that view, but they should not actively interfere in students’ sex lives. Students are moral agents, not only capable of making this kind of decision on their own, but also with the right to do so. Pepperdine’s policy must be updated to remove all punishment for morally responsible acts of premarital sex. 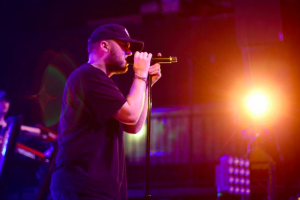 Photos by Brooks Baxter Quinn XCII and Chelsea Cutler performed at the Fonda Theatre in Westwood to a crowd of nearly...
Copyright 2013 Jupiter Premium Magazine Theme
Back to top