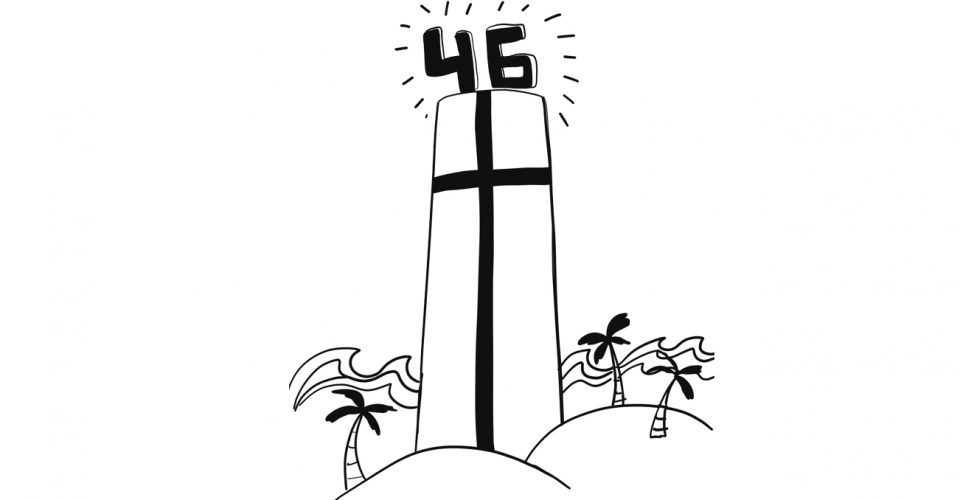 A few weeks ago it was announced that Pepperdine ranks No. 46 in the U.S. News and World Reports’ “Best National Universities.” The Pepperdine community boasted the news across social media, the Pepperdine’s Integrated Marketing and Communication’s newsroom and at Convocation a few weeks ago.

The world has become increasingly defined by numbers. There are the ones on scales, the ones on tests that strike students to the very core, the ones with a dollar sign in front of it, and the ones President Donald Trump uses to presumably rank women less hot than his daughter.

But these numbers tell half-truths and are lodged in a larger narrative. They are not to be praised, elevated or bolstered to indicate superiority. Numbers are all these things of course — status symbols, means by which we categorize ourselves into different classes. But digits, numbers, numeral rankings, whatever sobriquet given to these mundane indicators are also so much more and conversely nothing at all.

The U.S. News & World Report college rankings join a hoard of other college ranking systems on the internet that attempt to demystify the college process to outsiders by a nebulous quantitative judgment. There’s Niche, the recently released Wall Street Journal’s college rankings, the Princeton Review and Forbes, among others, all of which try to rank thousands of colleges in the United States through the application of a vague methodology.

Each report yields similar and unsurprising results to tout the selectivity of colleges already known by the general public as being the “best.” Harvard, Yale or Stanford would not be anywhere but at the top, so why would one expect anything different? Each list is an iteration of the previous where elite colleges and universities hold all hegemony and become bastions of power and perceived paradigms of success. Superior education is judged by low acceptance rates and already well-established institutions.

The allure of college rankings is understandable for the students (and, more often than not, parents) who give them authority. Going to a highly ranked school is viewed as a talisman for success, a way to tack on a recognizable college name to a resume, and in doing so, cross life’s metaphorical fingers and hope for an easy transition into the career of our choice. The name of the college does the work for us, we coast by on the sparse waves of single digit acceptance rates on a self-constructed surfboard of our own lofty ambitions.

The rankings give misguided and perhaps well-meaning attempts at finding the ideal college by tallying everything from selectivity (the means by which it seems colleges are more often than not ranked higher than others), amenities, employment post grad and a host of other factors that sometimes pass through undetected in the onslaught of college rankings.

There are as many rankings as there are people. Colleges that will make students a millionaire, colleges that respect the environment, colleges where students are the friendliest, and perhaps the more infamous of these rankings are the most LGBT unfriendly colleges via an old Princeton Review ranking where Pepperdine was included.

But what if we were to give this article and ranking credence? Numbers, though concrete, make the subjective seem factual, quantitative and scientific.

Frank Bruni sums up the deficiencies of college rankings systems rather candidly. “The rankings nourish the myth that the richest, most selective colleges have some corner on superior education; don’t adequately recognize public institutions that prioritize access and affordability; and do insufficient justice to the particular virtues of individual campuses,” Bruni’s wrote in his article “Why College Rankings are a Joke,” published in The New York Times on Sept. 17, 2016.

There is, no doubt, pride to be taken in rankings by the educational institutions themselves. Pepperdine’s ranking can be chalked up to engaging professors that foster conversation and an appreciation for knowledge, views that accrue their own separate ranking and a community of individuals that both inspire and challenge students to be their best self. Short of an ode to Pepperdine, rankings are certainly evidence of something, and people should take pride in them but not trust in them completely. Whether Pepperdine was number 245 or 900, its value, and that of other colleges, does not derive from an arbitrary ranking or any number at all. It’s the people there that matter most of all. 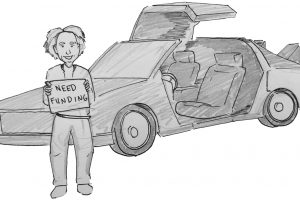 Art by Peau PorotesanoIf there's one thing that nearly two years of "Make America Great Again" hats have taught me, it's...
Copyright 2013 Jupiter Premium Magazine Theme
Back to top