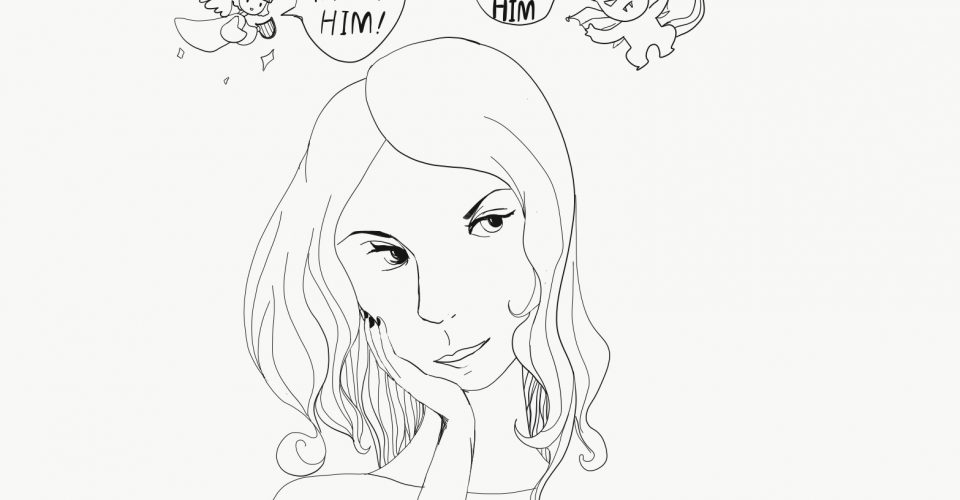 This past Thursday, my father called to give me fatherly advice and such: something about finances, and finding a job, oh and making a move on a guy if I think he’s cute. While I think that my father dearest had the best intentions when he prescribed this last course of action to me, I would like to explain why talking to your crush is a horrible, if not fatal, thing to do.

Many of us all had a crush on someone at some time or another, and so many of us know the feeling: racing heart, sweaty palms, word vomit and a general sense of ‘acting a fool.’ “When you’ve got a crush, your serotonin drops as your cortisol increases, which makes your brain pump out dopamine, which produces norepinephrine. In other words, when you’re in the process of falling for someone, all of the hormones that make you anxious and energetic are high, and the one that keeps you stable is low,” according to Melissa Fabello in her article “The neurobiology behind all of the ridiculous things you do when you’re in love,” published Dec. 8, 2012 by Everydayfeminism.com.

This is of course is because people have often idealized the object of their affection so much as to give them sincere control over their behavior.

The human response to crushes is much the same as certain animals whose brains have been inhabited by parasites that control their actions, rendering them zombie-like. “Some parasites can alter the behavior of their host in ways that give the parasite a better home, or provide more nutrients, or cause the host to move to a different environment,” said Janice Moore, a biologist at Colorado State University in Fort Collins for “Meet 5 Zombie” Parasites that mind-control their hosts” by Mary Bates, published Nov. 2, 2014 by National Geographic.

A rather charming way to end a Bronte novel, one might say.

Aside from the problems that arise when you submit your rational control to another, crushes are just generally a bad thing to have. If you find yourself in the unfortunate position of having one, it is paramount that you do not talk to them.

Once the ‘crush’ has taken hold of your precious brain, take one from the UK’s wartime handbook and keep calm and carry on. The only thing worse than not being in control of one’s self is someone else knowing that they can control you. If some person ‘John’ was to talk to his crush, ‘Marilyn’, then ‘Marilyn’ surely would realize that ‘John’ was desperately enamored with her. This, of course, would be due to the fact that ‘John’ would be ‘acting a fool’ (see graf two). And ‘Marylin’ were to realize that ‘John’ had a crush on her (which he does) she would be able to manipulate him to her heart’s content.

In other words, avoid crushes like the heart-wrenching plague that they are. If for whatever reason, someone like ‘John’ doesn’t heed this advice, or he should find himself unwillingly in this predicament, HE SHOULD NEVER TALK TO HIS CRUSH! He would act in an embarrassing manner that does his natural disposition no justice and his crush will be able use her powers against him. 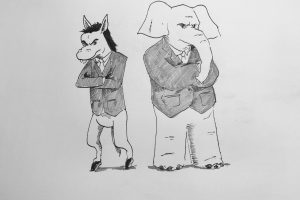 Art by Peau Porotesano“Republicans only want money.” “Liberals love communism!” Many of us have heard...
Copyright 2013 Jupiter Premium Magazine Theme
Back to top