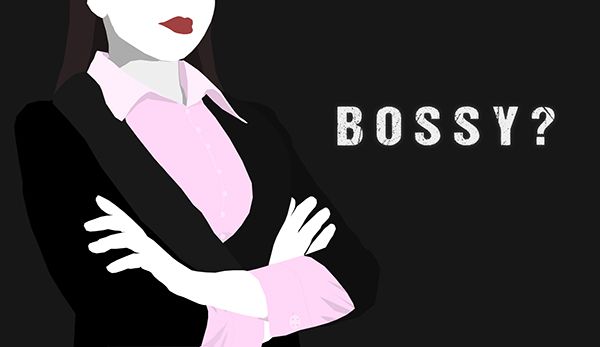 Facebook COO Sheryl Sandberg, who launched the campaign with the goal to encourage leadership in girls, also authored a book, “Lean In,” which encourages women to pursue their ambitions and focus on what they can do. Girl Scouts has partnered with Ban Bossy and leanin.org to further their efforts on developing leadership in girls.

Beyonce sums up the powerful promotional video with the statement: “I’m not bossy. I’m the boss.”

When I first came across the promotional video for this campaign on Twitter, I was drawn in by the title of the video “I’m not Bossy. I’m the boss,” which showed Beyonce’s face. I was on board with the idea of banning the word, because I agreed with Sandberg that it kept girls from becoming women in leadership.

I was often called bossy by other children as a child, and I remember feeling like I shouldn’t speak up or say what I believed. For a while, I was that little girl who just went along with everyone else so that no one criticized me. It wasn’t until someone recognized my leadership potential and encouraged that potential to grow that things turned around. Today, I have held multiple leadership positions, and am comfortable speaking up for what I believe in.

While I agree with the premise of this campaign — start by inspiring leadership in girls to close the leadership gap among women and men — I don’t think that banning the word bossy is the way to go about it.

Because of the First Amendment, “bossy” cannot legally be banned anyway. Just as other derogatory words such as the N-word and the other B-word cannot be banned because of our right to free speech, neither can bossy be banned.

I don’t even believe it should be banned if it could. You see, there is indeed a difference between the meaning and connotations that come with the words “bossy” and “leader.” While bossy is disproportionately applied to girls, which is a problem, it does not equate with the qualities associated with leadership.

A leader is someone who inspires others and someone whom people desire to follow. They exercise their authority gracefully while holding a strong upper hand when it is needed. A bossy person, on the other hand, does not handle leadership correctly. They often like to tell people what to do just because they can. Dictionary.com defines bossy as an adjective that means, “given to ordering people about; overly authoritative; domineering.” These do not describe a good leader.

While I admire Ban Bossy for the message that it is trying to get across, I believe that it should focus its efforts on the issue of why we don’t have more women in positions of leadership, especially in politics.

Women are making great strides academically. According to the 2010 Census, women with bachelor’s degrees outnumber men, yet women are still outnumbered by men in positions of leadership, especially politically and in the business world.

There’s also still a gap in the number of women and men who desire to run for political office. According to a 2013 study by American University’s Women and Politics Institute, 37 percent of the young men in the study said that running for political office in the future had crossed their minds, compared with 27 percent of the young women. While the gap isn’t huge, it still exists and problems still arise from it.

One of these problems, for instance, lies in the political conversation and legislation surrounding birth control, particularly about whether or not it should be covered by insurance plans. Birth control does not directly impact men, yet they possess most of the authority to make decisions about it. Due to the lack of women in political leadership, however, these decisions end up resting with the men who have these positions, and birth control continues to be an issue when it shouldn’t.

Since the academic strides by women are rather recent, it will take time for women to gain enough experience to turn the tide of disproportion in other areas. However, if the gains that women are making are not supported by society, leadership among women will not continue to increase.

Encouraging girls to become women who will lead has to begin with changes in societal views about gender roles. Boys are still encouraged more than girls to pursue leadership. Although this tide is changing, there are still great strides to be made.

Ban Bossy must focus on how to change the way gender roles disenfranchise girls from reaching leadership positions. Teaching girls leadership skills is valuable, but focusing on banning one word isn’t going to correct the underlying issue. A new word will just replace bossy that is equally demeaning if the root causes are not dealt with.

The word bossy is not the problem. The problem lies in the way our patriarchal society views the roles of women within it. Until gender roles in the home, workplace and politics are shattered and redefined, banning bossy will do no good. 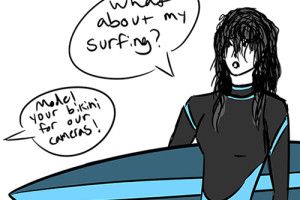 Art by Sacha Irick I’m not a feminist, but I do believe in equal treatment and equal opportunity for all individuals,...
Copyright 2013 Jupiter Premium Magazine Theme
Back to top