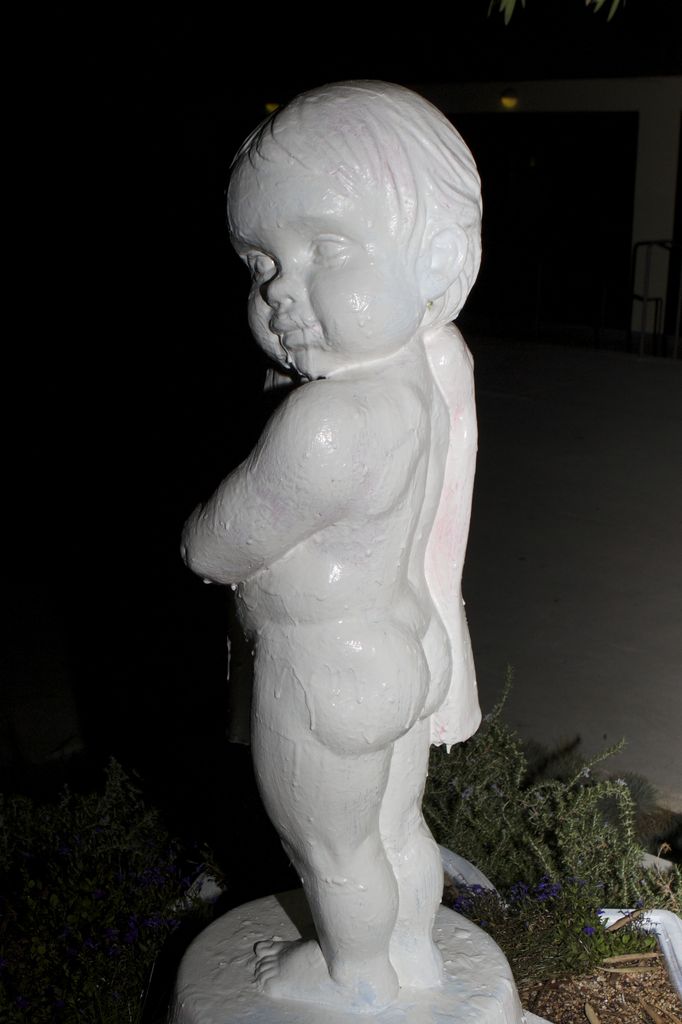 When Pepperdine began its move to Malibu in 1972, and the Los Angeles campus slowly began to diminish in size, it was only natural that some vestiges of the original Pepperdine traditions followed the trek to the ocean. One of these beloved memories from the original campus is Dolores, the cherub statue that currently resides outside of the Caf.

Dolores has been a part of Pepperdine since 1941, albeit in many different reincarnations. Originally at the center of a fountain on the LA campus, Dolores had been painted, pranked and stolen for years before the tradition of painting the rock even started.

After Dolores disappeared yet again in the late 80s from her spot in front of the Tyler Campus center. It seemed that her reign was over. However, in commemoration of the 75th anniversary of Pepperdine, a new Dolores was installed on the Malibu campus in 2012.

Since then, Dolores has easily slipped back into her role as a target for pranks and jokes. She has been painted every color imaginable, dressed in numerous different garbs, and was even an object of uncomfortable amorous affection in a “Randumb Show” sketch a few years back.

However, not many students seem to know the history behind Dolores. The overall knowledge of the statue is pretty cursory.

“I know nothing about it personally,” sophomore Grace Choi said. “I just know that everybody graffitis all over it and vandalizes it”.

The only common knowledge of Dolores seems to be that she is used for similar purposes as the Rock.

“I know nothing about it, but I like the fact that sometimes people decorate it,” freshman Maxime de Planta said.

To those who do not know the history behind Dolores, the presence of the naked baby statue outside the Caf can be confusing, to say the least.

“I just think it’s a little scary, and regardless of the history, maybe if they didn’t have a baby it would be a little more attractive for the campus,” junior Jay Bang said.

Dolores does not hold the same place of reverence with the student body that she did back on the LA campus decades ago. Despite the lack of knowledge of her history, Dolores still stands as a link between Pepperdine’s past and present. It seems right that she stands so close to the rock, bringing the traditions of the past close to those of the present.