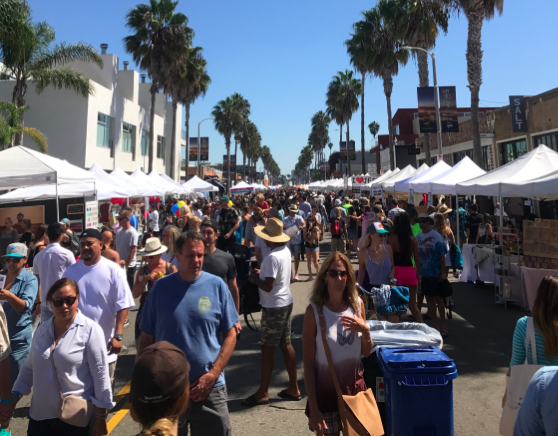 The Abbot Kinney Festival brought together hundreds of people in Southern California to support local artists, chefs and artisans. The historical Abbot Kinney Boulevard celebrated their work for blocks.

The 33rd Annual Abbot Kinney Festival took place Sunday in Venice. From 10 a.m. to 6 p.m., more than 300 vendors appeared to showcase their signature products, alongside four live music stages and an area for children. There was something for everyone at the free Abbot Kinney Festival.

There were six vendors with diverse products that stood out among the crowd.

This food truck’s theme took a customer into a “mess hall” for the hungriest of soldiers. Their specialty was Drunken Sailor Tots, which consisted of lobster, shrimp, crab, bacon, mac ‘n’ cheese and tots, all smothered in a thick cheese sauce. Don McPek, one of the owners of the truck, said “your life will change” after eating these. While this was their first year at the festival, they’ve had the truck for three years and can be found working First Fridays on the same road. 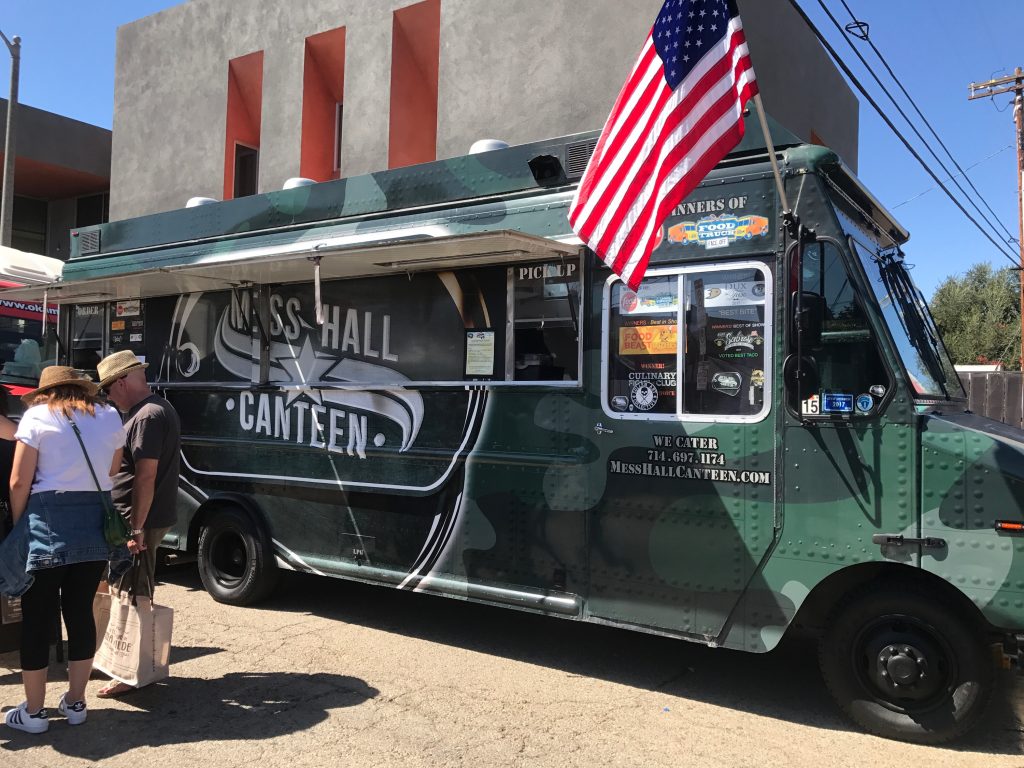 This interactive art exhibit, focused on Latin American and Latino Art in LA, was inside of a truck as well. Upon walking into the back of the truck, there were posters with words describing a piece of artwork with a Snapchat code for viewers to scan. After scanning the code, a link to the piece of art appeared and provided information about the piece, including its name, who created it and where a customer could find it. This exhibit included art from all over Southern California and will run from September 2017 to January 2018. 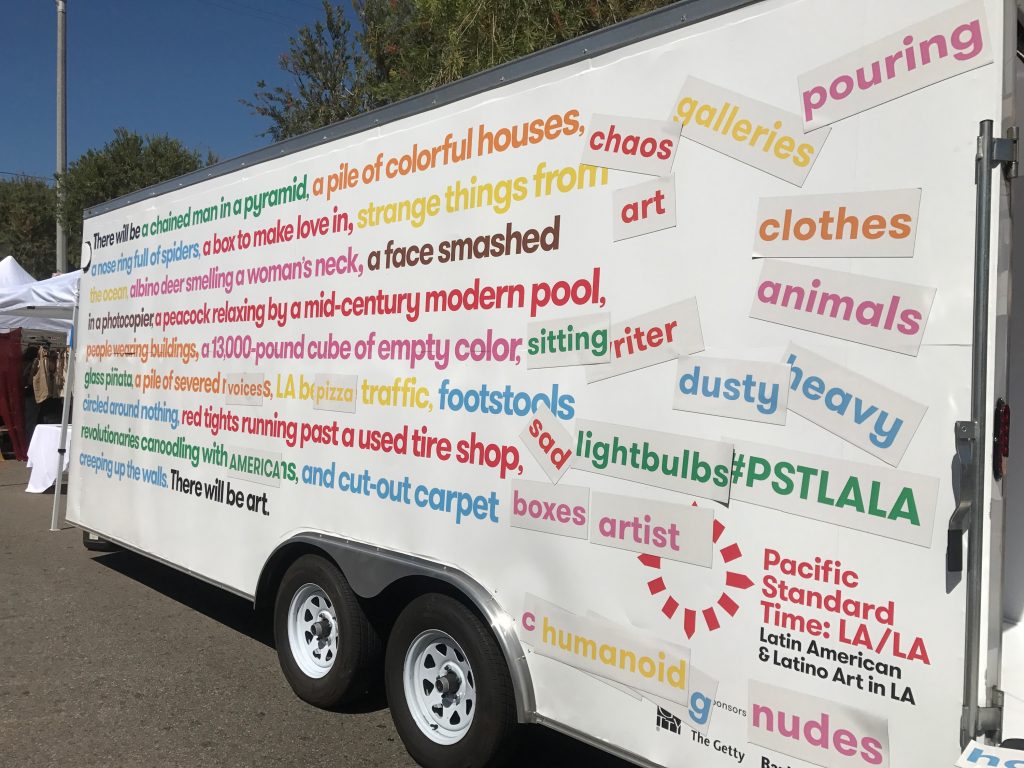 Patti and Kelly are the duo who make up Patti Kelly art, which featured large comic style pieces.

“We’ve known each other since junior high,” Kelly said about their relationship.

Patti and Kelly decided to paint in the classic comic style when comic sales began going down, Kelly said.

“Patti does the painting, and I come up with the ideas,” Kelly said. “She’s worked for Disney. She has credits on “The Little Mermaid,” “The Jetsons” — a bunch of things.” 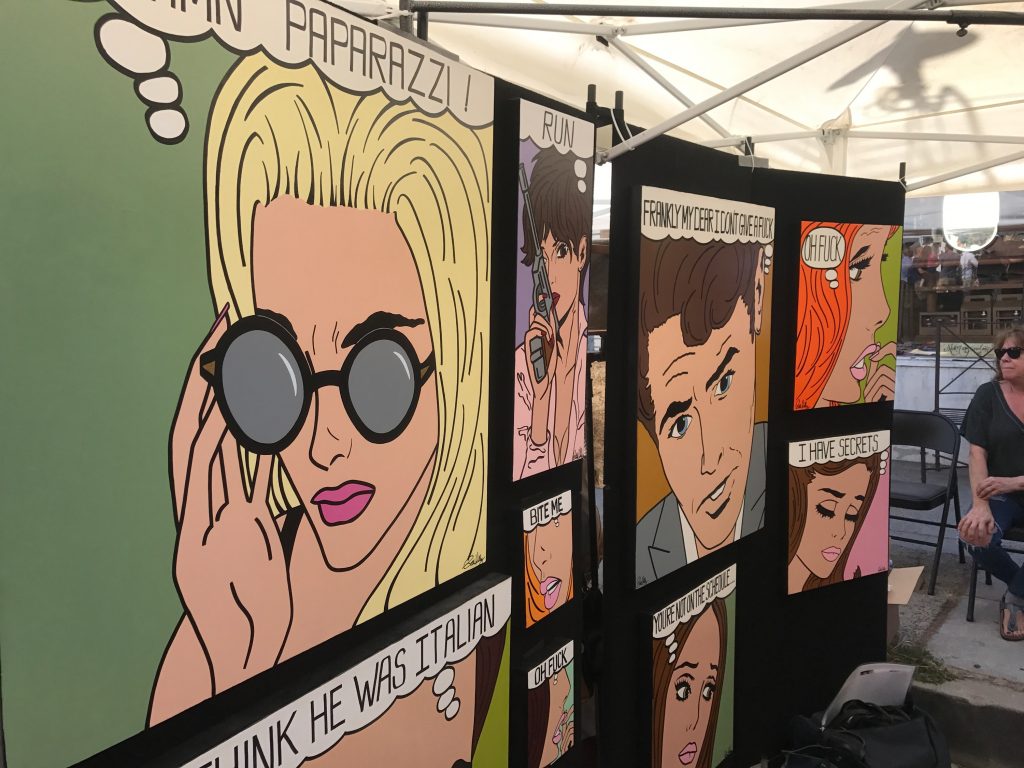 “We didn’t know her name was Hamabla until about a week before she died,” Maynard said. “She came from Italy, and when she got here they changed Hamabla to Mable, and we all knew her as May.”

Hamabla launched online only four months ago, and the Festival was the first time the products were on display for customers. 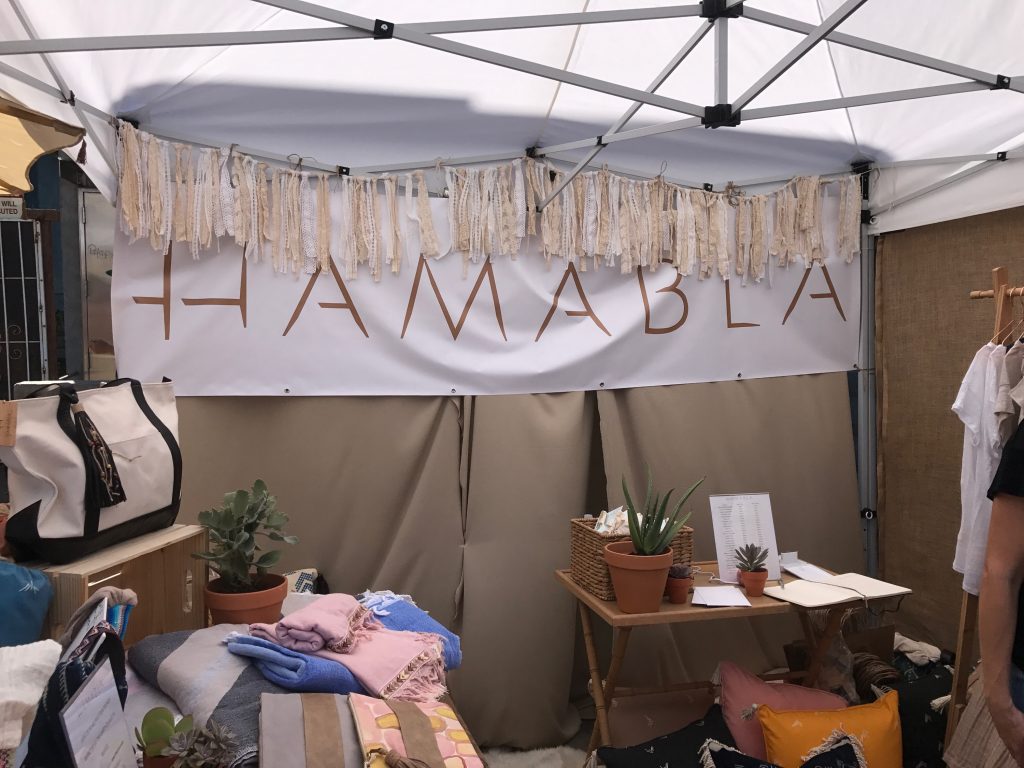 Cruising Cones was the ice cream truck that could remind customers of their childhood. Selling classic soft serve ice cream, it was a refreshing way to end to a hot day in Venice.

“We’ve been doing this for four years,” said owner Judy Hardman. “We’ve served at NASCAR, and we’ll be at the Albuquerque Hot Air Balloon Festival next week.”

Those old school cones never go out of style. 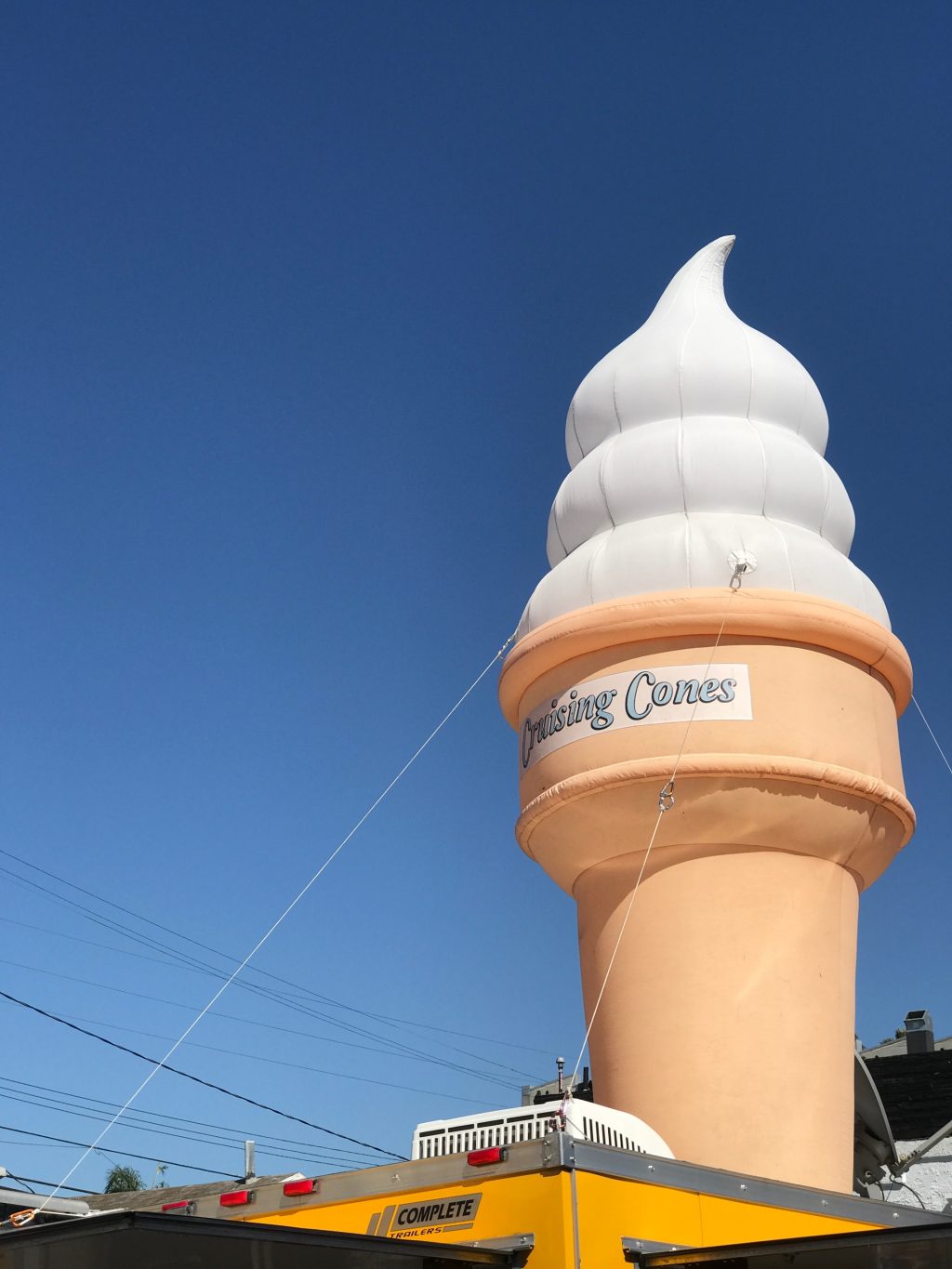 These were just a fraction of the vendors that made the festival one to remember.

The White House Takes a Different Approach to Deal-Making 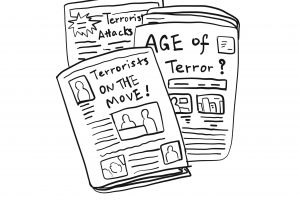 isArt by Sybil Zhang Pepperdine prides itself on incredible International Programs, and many students consider it the highlight...
Copyright 2013 Jupiter Premium Magazine Theme
Back to top