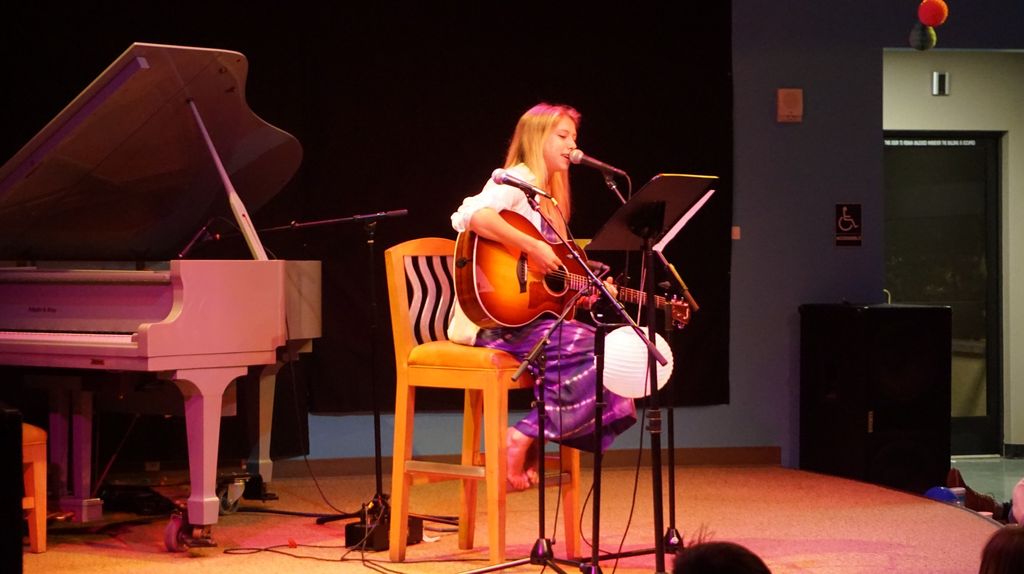 The Disney Coffeehouse, put on by the Board on Saturday, showcased student musicians and Disney costumes. Before the event, students received free cotton candy and served themselves coffee. At the door, students in costume received a stamp to participate in the costume contest.

As the event began, the crowd then gathered around the stage, filling most of the Sandbar, to listen to fellow students sing and play covers of songs from “Mulan,” “Beauty and the Beast” and other movies. 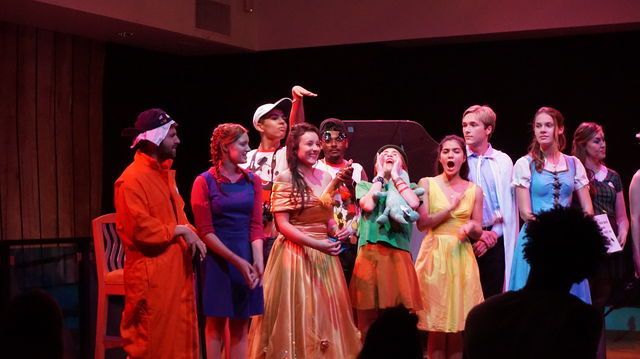 “We try to have a coffeehouse every month as the Music Committee on the Student Programming Board. However, we understand that a normal Coffeehouse can get a little bit mundane because it’s the same setting, so we try to alternate every month with themes. This month is Disney,” said Joshua Barrientes, a junior. “We figured since Disney has the most costume theme behind it and this is the month of October, like Halloween. We plan to have several other themes later on, but that’s why we have Disney in October,” Barrientes said.

Students enjoyed the Coffeehouse and participated by singing along with the students on stage.

“I liked it a lot. I loved watching people perform what they’re good at or they love to do. It was cool seeing the audience’s reactions and singing along,” junior Hannah O’Connor said after the event. “I would definitely encourage people to come. It’s fun seeing your friends or people you don’t know, and seeing what people’s talents are on campus, and being part of the community.”

The coffeehouse ended with a costume contest. The winner was freshman Elizabeth Reinowski, who came dressed as the character Sadness from “Inside Out.”

“I missed out on the first coffeehouse, so this was my first one. I thought it was so cool to get up and see your own fellow classmates just be proud of who they are and share everything they have with everyone,” Reinowski said. “Even better that it was Disney, because we all knew the songs, so singing along was great,” she said.

Reinowski carried a blue balloon and a cup of students’ midterm tears as part of her costume. She credited Pinterest and her family for giving her the idea.

“Back home my family was all dressing as ‘Inside Out’ for work, so I was like ‘Oh, we’ll give it a try.’ I threw it together 15 minutes before coffeehouse, so that was shocking, but it was fun,” she said. 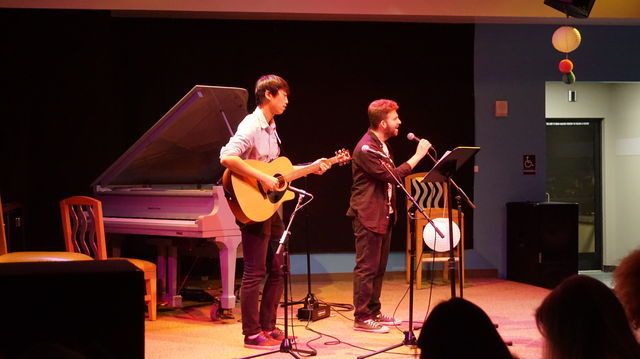 For many students, Coffeehouse is an opportunity to share talent and actively engage with others’ talents.

“We really just want to showcase students’ singing ability, if they have a musical talent or if people want to get discovered as an artist here, get comfortable onstage and then move on to bigger venues if they want to pursue music. That’s the purpose of Coffeehouse,” Barrientes said.

Students who want to perform at Coffeehouse can go to the Board’s website or use email to submit a sample of music or spoken word poetry.