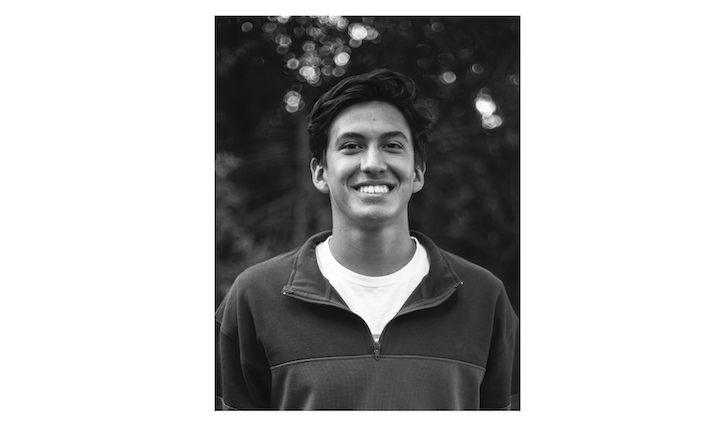 They say let the music speak.

Music allows sophomore Diego Perez to express his emotions and surrender them to God.

For the past two years, Perez has grown as a musician, learned about music production and developed his skills as a singer, guitarist, pianist and drummer.

“Writing my own music has helped me strengthen my relationship with God because it’s my voice, my story,” Perez said.

Perez said he doesn’t want to be tied down to a specific genre of music. He said he would much rather create his own sound and keep experimenting with different musical techniques. Although creating music can be challenging, he loves the freedom it brings.

“Writing lyrics is definitely the hardest thing,” Perez said. “It’s hard being vulnerable, but if you have something you really want to say, you can just say it [in song].”

Along with music, Perez – a religion major – has a love for God that runs deep. Perez grew up knowing and believing in God, but there was a time where he had walked away from his non-denominational church. It wasn’t until the death of his father, Perez said, that he decided to take his walk with God more seriously.

“Maybe a couple of months after I fell away from my faith, my dad got cancer and passed away three months later,” Perez said. “Something about that made me believe in God again.”

Through this life-changing experience, Perez said God revealed Himself. One thing that lifted Perez out of this hardship is the story of Jesus being tempted to sin for 40 days.

“We’re going to go through hard times, but you need to experience hell in order to help others experience heaven,” Perez said.

For Perez, music has been a vessel to showcase vulnerability and worship God.