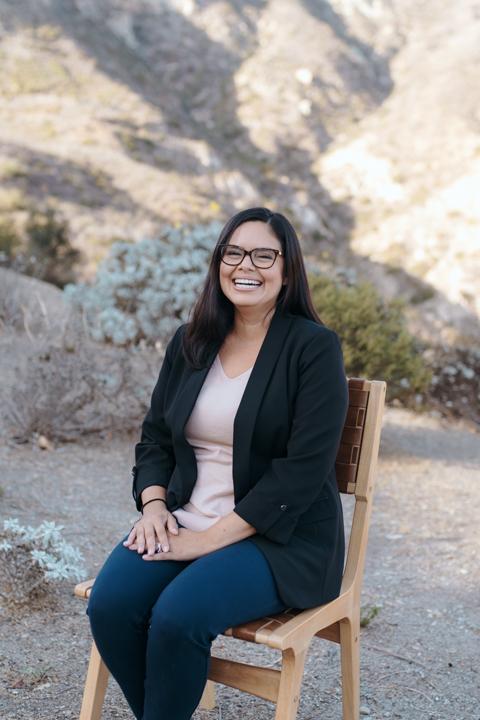 The question “Where are you from?” seems fairly straightforward for most people. It’s usually answered with the name of a city, a state or a country, with little thought or worry for how to reply.

For Communication Professor Diana Martinez, however, answering that question is not so easy. She immigrated to the United States from Ecuador as a child, and therefore has a multicultural identity.

As a child in Ecuador, Martinez said she frequently traveled around South America with her family, although she can’t remember much of it now. One formative experience she does remember is a trip to Quito, Ecuador’s capital city, where she and her mother touched the Earth’s equator.

“It was just this beautiful moment of me and my mom recognizing where we’re from and what that meant to us,” Martinez said.

The traveling Martinez did as a child fostered a lifelong love. She said she took trips to Europe in high school that further opened her eyes to how big the world is and how many places there are to see.

While spending time in Europe, both as a high school student and later as a professor working abroad, Martinez said her own identity was at times hard to pin down amongst all the different cultures surrounding her.

“I was having these really interesting moments where I wasn’t sure if I was American or if I was South American or Ecuadorian, and in those conversations it depended on the context what identity would spring up a little bit more,” Martinez said.

In her professional career, Martinez researches communication along the borders of various identities people belong to, connecting her work with her own life.

Martinez’s travels and life experiences taught her that everyone in the world is deeply interconnected. Her family began the process of coming to the U.S. because a couple of her great aunts married men who worked on a U.S. military base in Ecuador from World War II.

“These events that we’re experiencing collectively all affect how we all end up where we are,” Martinez said.

Much like a world war, Martinez said the COVID-19 pandemic also demonstrates how every action matters for other people. Even though there is perceived distance between countries, their actions can have consequences internationally. This is important to remember as people strive to be better global citizens, she said.

“The actions that I take where I am today affect people all over the world, and equally speaking, how people behave and act and communicate and engage with one another in other spaces also affects us here as well,” Martinez said.