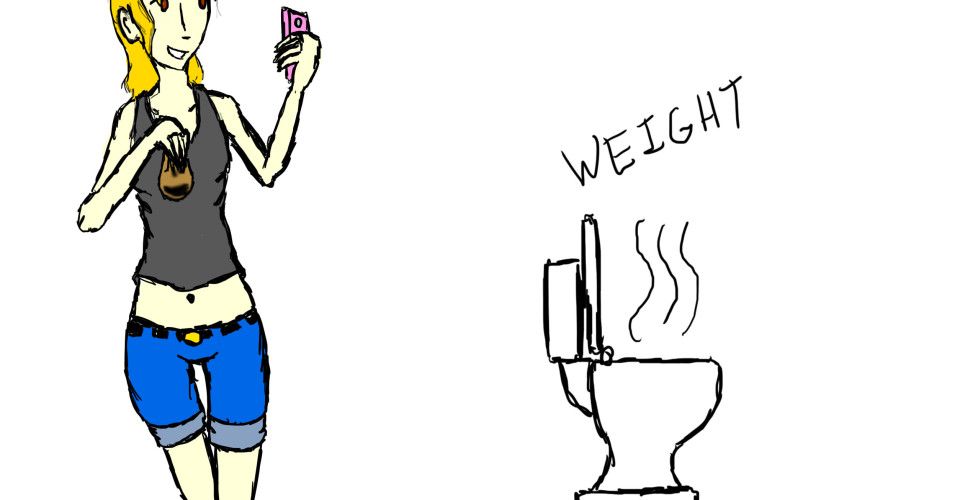 You’ve probably seen pictures of detox teas while scrolling through the Explore Tab on Instagram. Celebrities and Insta-famous people promote them, so you probably think they are safe, healthy and natural. Before and after shots from ordinary people prove that these teas actually do work, further persuading you to try them. All you have to do is drink some tea. However, the weight loss you see from the outside is just a quick fix that isn’t going to work long-term. And you don’t see the internal damage that these teas do to the body.

These teas aren’t your basic green or mint teas. These teas often contain several ingredients, some of which are actually harmful to the body. There are two types of ingredients that these teas contain that will indeed result in loss of weight — appetite suppressants and laxatives — but they also result in internal damage.

One reason these teas appear to work is because they contain stimulants called appetite suppressants. For example, the brand Fit Tea contains garcinia cambogia extract, a “natural key ingredient, HCA (Hydroxycitric Acid), which suppresses appetite,” according to Fit Tea’s website.

Appetite suppressants induce the release of two hormones, epinephrine and norepinephrine, which reduce hunger pangs, and interrupt the brain’s signal to the body that it is time to feel hungry, according to an eHow article by Michael Joseph Hall called “How Do Appetite Suppressants Work?”

So your brain may not be telling you that you’re hungry, but your body is hungry. Therefore, when you suppress your appetite, you are essentially starving yourself. Hence, this is one reason why detox teas do result in weight loss.

Many of these teas also contain laxatives. For example, the brand Bootea contains senna leaves, which are non-prescriptive laxatives in the form of leaf derivations.

So yes, you’ll lose weight because of the laxatives, but it’s just because you’re dehydrating your body when your colon produces artificial bowel movements, resulting in a loss of fluids from your body.

And when you’re drinking these laxative-containing teas so often, as the companies often advise you to drink at least one cup a day, it can become laxative abuse. Laxative abuse occurs when someone tries to get rid of unwanted calories, lose weight or “feel thin” through the frequent use of laxatives, according to nationaleatingdisorders.org.

Consequences of laxative abuse include electrolyte and mineral imbalances, which can cause improper nerve and muscle functioning, as well as severe dehydration, which can lead to tremors, fainting and kidney damage.

Worse is when someone becomes laxative dependent, and their colon stops reacting to their usual usage of laxatives, so larger and larger amounts of laxatives are needed to produce bowel movements. This can result in internal organ damage, “lazy” colon, colon infection, irritable bowel syndrome and even the risk of colon cancer.

Though these teas do result in weight loss, it’s unhealthy weight loss. They starve the body through ingredients like appetite suppressants, so you don’t eat much, and through laxatives, which produce artificial bowel movements, causing you to lose water weight.

Don’t turn to detox teas for weight loss. While you can lose weight, it’s just a quick fix. You’re frequently starving yourself and unnaturally defecating, so of course you’ll lose some pounds.

It takes time to achieve a lean and healthy body long-term, inside and out. You can’t expect to get lasting results within a few weeks. A healthy body comes from consistently eating healthy, being active and staying hydrated with water, not by drinking detox tea. So rather than being persuaded by these detox tea companies, try improving your diet and lifestyle instead.

Engaging in extreme detoxing is often a sign of an eating disorder. If you think you or someone you know could be struggling with an eating disorder, go to the Counseling Center for free, confidential services. Never be embarrassed to seek out help for yourself or others. 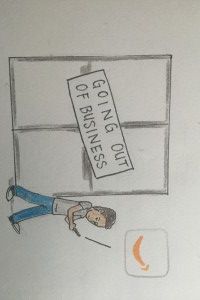 Art by Kris Harper It used to be that if you finished a book and were dying to start the next in the series, you had to run out to a bookstore...
Copyright 2013 Jupiter Premium Magazine Theme
Back to top