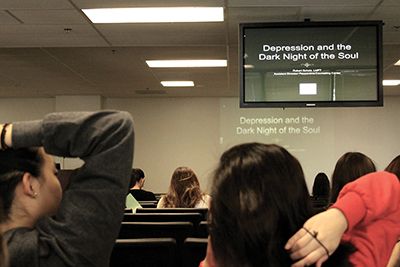 Assistant Director of the Seaver Counseling Center Robert Scholz led a convocation Wednesday about depression, and the best way to deal with it as a victim or a friend. In 2011, 12 percent of Pepperdine students reported feeling depressed.

“People often describe depression as a numbness, so you’re numb to the world, and even numb to yourself,” Scholz said. “It’s kind of like an out-of-body experience.”

“The percentage of students who identified with loneliness [at Pepperdine] is significantly higher than the national average,” Scholz said. “There’s a sense of disconnect … Depression is a lot more than feeling down in the dumps. It really sticks to you. It’s a condition that requires diagnosis and treatment. It’s not something to be ashamed of. It’s not a character flaw or a sign of weakness. It’s a medical problem, yet we often put mental health in a different category.”

The second leading cause of death among teens is suicide, said Sholz, who mentioned that suicide rates were very high among LGBT youth and victims who hate themselves because of sexual impurity, sometimes leading to symptoms of depression.

“Sometimes Christians give trite responses like ‘pray more,’ and they don’t understand what people are going through,” Sholz said.

According to Sholz, approximately 80 percent of people who receive treatments for depression will improve.

“Going to get help for depression is courageous,” Sholz said. “It’s not a sign of weakness.”

Sadness and irritability
Loss of interest or pleasure in activities
Changes in weight or appetite
Increase in guilt and shame
Changes in sleep patterns
Inability to concentrate, remember things, or make decision
Loss of energy
Restlessness
Decreased activity
Recurrent thoughts of suicide or death 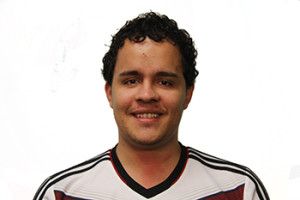 The start of the overnight Malibu Canyon Road closures will be delayed until January 2015, according to Mike Kaspar of Los Angeles...
Copyright 2013 Jupiter Premium Magazine Theme
Back to top