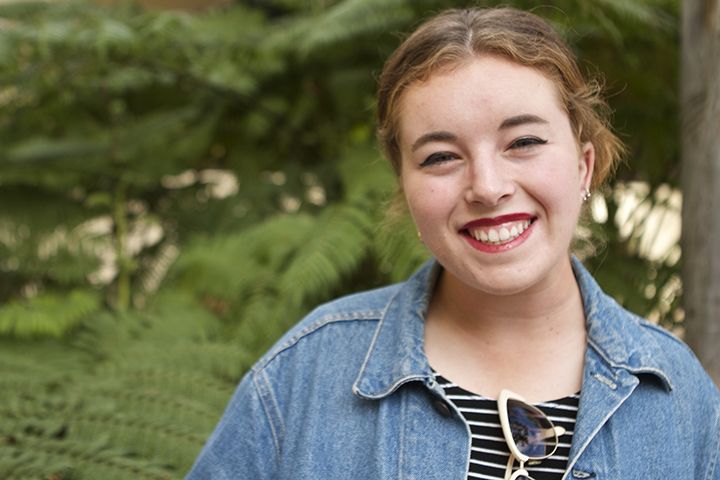 We’re always told to live life to the fullest because we never know when our final day will come. Knowing or choosing death is something beyond my comprehension. But not for Brittany Maynard.

If you’re not familiar, Maynard has recently been in the news for having terminal brain cancer and deciding to end her own life through a process called “Death with Dignity” after having been diagnosed with terminal brain cancer. Death with Dignity, according to Maynard’s website, thebrittanyfund.com, is “a medical practice in which a terminally ill and mentally competent adult requests, and a doctor prescribes, a life-ending medication the person self-administers.”

Death with Dignity is legal in five different states including Oregon. Maynard and her husband moved there from San Francisco so that she could legally do what she felt was right for her.

Maynard chose this route because she felt the pain was ultimately too much to bear.

Maynard had planned to take her life on Saturday, but her death was confirmed on Sunday evening. Maynard was 29 and died just days after her husband’s birthday.

Maynard’s story is shocking and perplexing to many, especially me. I am a firm believer in taking every day as it comes. The thought of planning my own death, even if I were going to die anyways, is just baffling. It was when I was educating myself on Maynard’s story that I first heard of the concept of Death with Dignity. I really thought the extent of planning a death in a medical situation was taking someone off life support, but I’d never heard of a person planning their own death willingly. This idea addresses a touchy subject in terms of the morality of euthanasia. It was hard for me to grasp, but I certainly think it’s rather strange and almost unnatural to know and plan when you’re going to die in a medical situation.

I come from a family that taught me to embrace every day because you never know when it will be your last. That’s the point: You never know. And certainly in a medical situation. But what’s been on my mind is that if you are sick, you’ll never know which day you’re going to go. It’s perplexing to me that Maynard would decide when and how she would die.

Personally, here’s what it boils down to: Although people may want to take their life because they know they will eventually die, by doing this, they are cutting their life and what they have left to live for even shorter because of the anticipation of death. Yes, it was confirmed that Maynard’s disease was terminal, and yes, this is probably devastating to know in itself. However, I think planning her own death adds to the devastation and sadness.

Maynard, although in extreme pain and discomfort from her disease, had her husband and family there to support her at all times. She should’ve felt comfortable enough around these people to continue to live until the tumor truly got the best of her and not have to anticipate her death. Had I been in that situation, I think that the anticipation and knowledge of when my own death would come would become just an unnecessary stress to my already-diminishing life. I find that even in the face of such a harsh medical diagnosis, no one should plan to end his or her life early. Every moment of life is precious, and it is especially precious in its final moments.

Even though those around Maynard during her final moments cared for and loved her, these moments were full of the certainty of Maynard’s death, rather than the pure mystery of love and life.

I think what really hurts me the most about this situation is the complete anticipation. Maynard was in total control of her life, and honestly, a human having full control of life is totally scary to me. Yes, we have control of most aspects of our lives, but the mystery of when we’re going to die shouldn’t be one of them, so we can live how we really want. The fear of the unknown fuels us to do what scares us and what we really love.

Having said this, I think Maynard could’ve really enjoyed the last moments of her life, rather than preparing for the end of it. I will hopefully never be in Maynard’s exact position, but I know in my heart that I would want to die naturally, no matter how tough the pain of anything became. In my current state, I’m healthy despite a few scabs and bruises, but how would I feel if I were in her position? Afraid, lost and hopeless? Maybe.

I will never be able to say how Maynard felt exactly. Although my opinions remain, I will say that Maynard’s actions are daring, especially in today’s time of medicine and technology. But when it all comes down to it, no one else is Brittany Maynard, and no one could have changed her mind or made the decision for her. I have an opinion, but the opinion of one will not stop another from doing what they truly believe is right.

Let's Use Computers to Create a New World 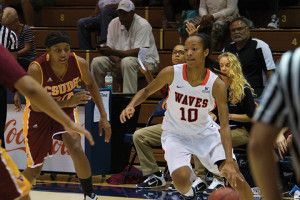 Photos by Marisa Padilla Women’s basketball opened the season with a win over California State, Dominguez Hills. The Waves...
Copyright 2018 Pepperdine Graphic
Back to top