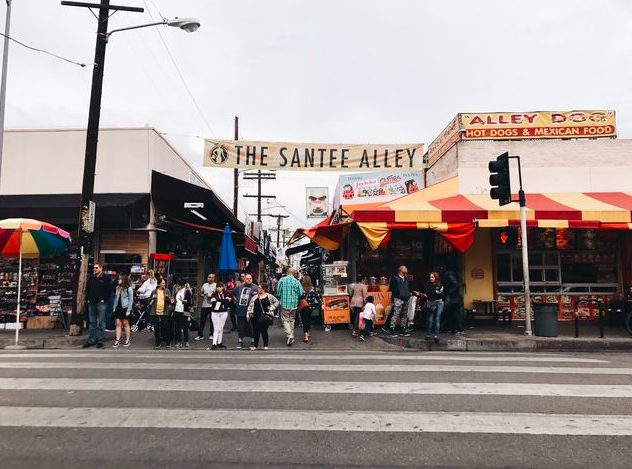 On the runway, street style and high fashion are separate entities. On the streets of Los Angeles, the lines can get blurred — through the trade of imitated and even counterfeit goods. This is especially the case in the hustle-and-bustle of The Fashion District’s Santee Alley in Downtown Los Angeles and Chinatown, Pepperdine senior Rebecca Franklin said. Fairfax is also counterfeit hubs, according to Fox 11.

“The best way to think about it is counterfeiting is the most egregious form of trademark infringement,” LA based attorney and Pepperdine Alumnus (’02) Paul Bost said. “That’s where you use someone’s registered trademark in a manner that is essentially a direct copy of the trademark.” 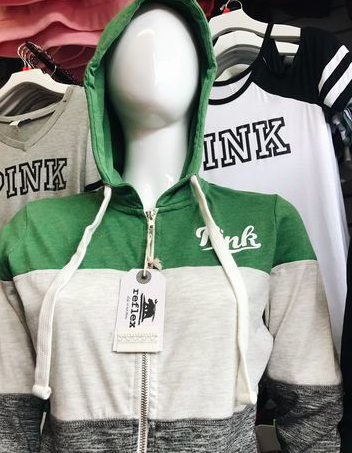 But the crime can exist all over the Los Angeles County, Los Angeles Sheriff Department Deputy Enrique Goldinez said.

“There are no set boundaries where [counterfeit] crimes do happen. It’s an array of cities’ jurisdictions and county lines,” Goldinez said.

Protection against lookalike and imitation clothing is more available in European countries like France as opposed to the United States. This is due to their historically rooted view of fashion as a “fine art” and a significant economic contribution to that country, Bost said. 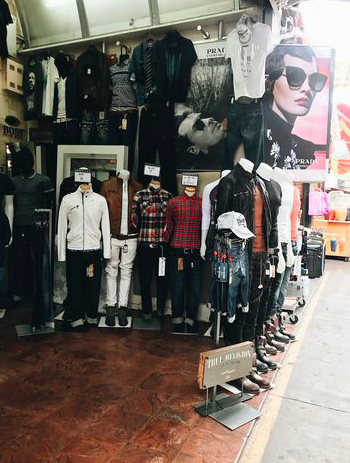 Bost has represented both defendants and plaintiffs on issues of imitations and counterfeiting including a defendant “In the Matter of Certain Footwear Products” filed by Converse Inc., in front of the International Trade Commission. He said he understands the “bonafide and legitimate” grievances designers have with unauthorized parties copying their goods.

“I think the frustration is that, especially nowadays with manufacturing capabilities in China, a company can release a look book and release photographs identifying what their offers are going to be for the next season, and even before they hit the marketplace, some third-party can come in and, just based on those pictures, can create essentially stitch by stitch copies on the cheap in China and even have them out to market before the fashion designer has their products out to market,” Bost said.

The law draws the line at the complete identity theft of an item. In the U.S., brands can acquire three forms of protection: patent, trademark (with a subset of trade dress) and copyright, Bost said. Trademark protects logos, like Chanel’s intertwined Cs. If an entity were to use a designer logo without permission, it could result in infringement. To claim that an entire copied designer brand were the real thing would be a counterfeit, Bost said.

Copyright protects “original works of authorship.” In the context of clothing, “If something is conceptually separable from the clothing item, it can be protected by copyright,” Bost said. For an example, if a belt buckle features a “sculptural component” that can “exist separately from the belt” it falls under the jurisdiction of copyright. Patents protect inventions, which are primarily for jewelry and handbags, he said.

Out of all the protections, trademark, specifically “trade dress,” is the most common legal protection for designer goods, Bost said. Trade dress protection is when a product packaging or design has developed “secondary meaning” or, in other words, the packaging or design identifies a specific brand in consumers’ minds, he said. He drew on the iconic Tiffany’s box as one example. 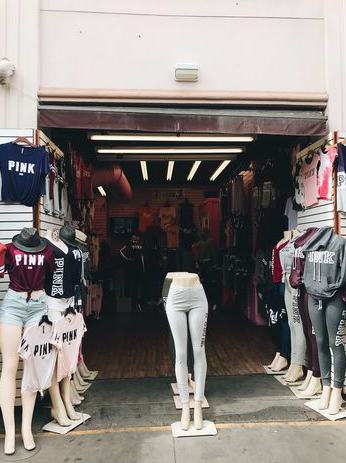 Specifically in Los Angeles law enforcement, the Los Angeles Police Department’s Piracy Unit investigates the manufacturers’ sales and distribution of counterfeited beauty and fashion merchandise, according to the LAPD website. The Los Angeles Sheriff’s Department’s Counterfeit and Piracy Enforcement Team also handles trademark related crimes. The LASD conducts investigations and follows the cases with the Superior Court, who makes the final decision on counterfeit matters. Offenders can spend a year in jail and face fines up to $100,000, Godinez said. The LAPD and LASD have a lot of crossover in dealing with intellectual property, Godinez said.

Even with the legal enforcement and protections, counterfeiting still has a presence all over Los Angeles and the country. Pepperdine senior Rebecca Franklin and Pepperdine freshman Abby Lapine know friends and family members who carry counterfeit bags. Franklin, who has grown up in the Los Angeles area, personally sees knockoffs as harmless, she said.

“In the case of the bags or clothing or belts, it’s not really hurting anybody. The designers are still making a lot of money,” Franklin said. “If anything, it should be a mark of your success if someone wants to imitate what you have done, so you’re probably doing OK if someone is trying to counterfeit your stuff.”

Franklin said she does have an issue with counterfeit makeup items, like counterfeit Kylie Lip Kits.

“The makeup, that’s something people are actually applying directly on their skin, or potentially ingesting if it’s lipgloss or something,” Franklin said. “That I think is when it starts to turn a little more on the dangerous side, because a lot of people have sensitive skin.”

Lapine personally does not purchase counterfeit items, but said doing so is a personal choice.

“I’d prefer to go to the flagship to purchase the item directly from there because I know it’s good quality, and it’s the real thing,” Lapine said. “I know other people are fine with something they know are counterfeit, but they don’t think others would notice. That’s fine, but personally I take pride in having a few items I really enjoy and like but are true to the brand.”

For consumers who, like Lapine, prefer to have the authentic good, Bost said the answer is in the stitching.

“Obviously the nicer the product, the more difficult it is to counterfeit,” Bost said. “A lot of times counterfeit goods, they just don’t have the same quality of craftsmanship as the authentic good.” Bost highlighted lower prices for normally expensive goods as another counterfeit clue. Deputy Godinez reiterates that poor quality and price are telltale signs of false fashion. Besides stitching and the packaging, grammatical errors of the brand’s labels are counterfeit tip-offs.

“If something’s too good a deal to believe, it probably is,” Bost said.