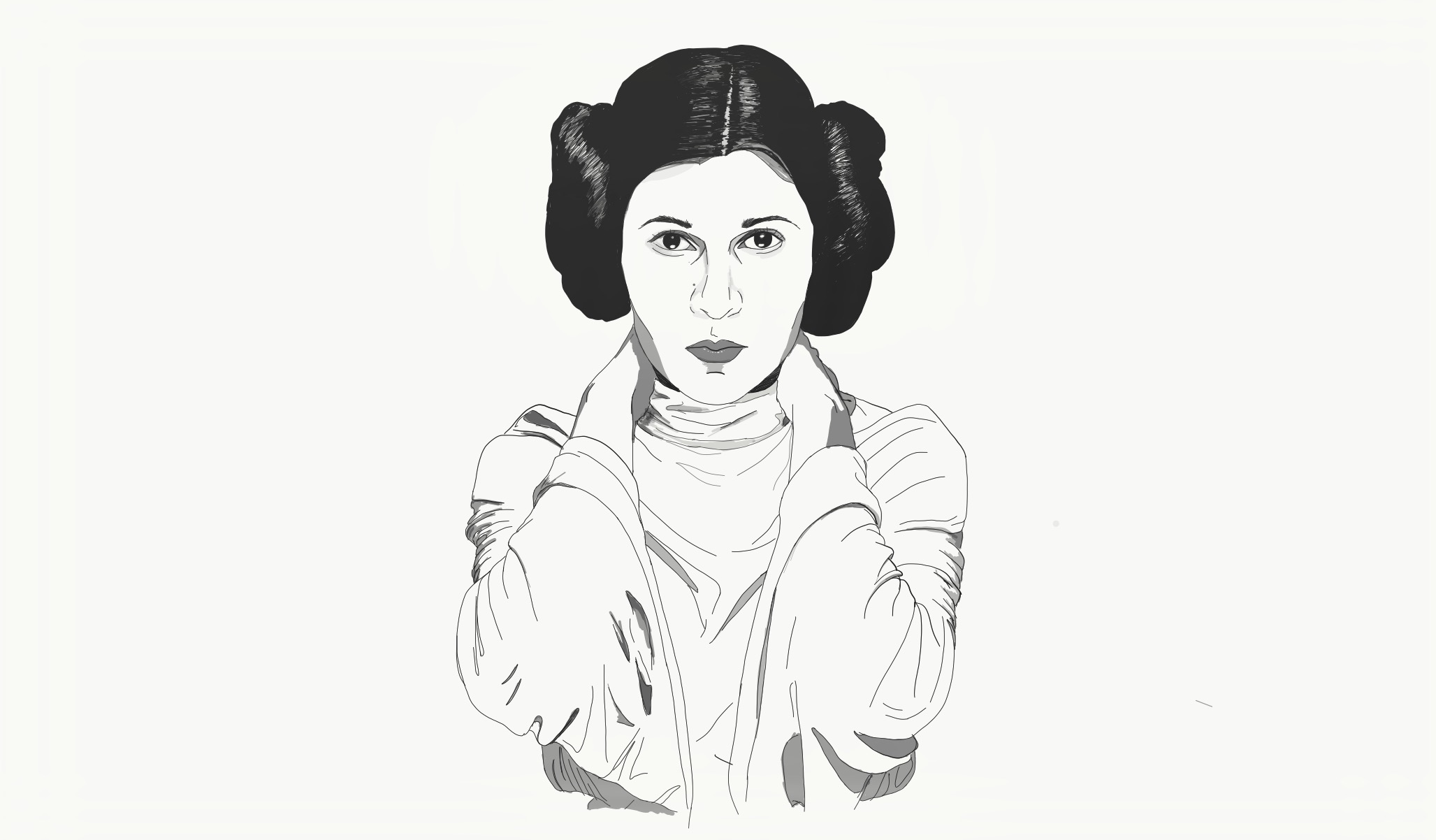 Princess Leia was my childhood hero. Even though I was born in the 90s and Star Wars had already been out for a while, my parent’s enthusiasm for the original trilogy wore off on me. I remember dressing up as her for Halloween, and my mom spending hours twisting my hair into the iconic bun-style. Since the actress who played her, Carrie Fisher, recently passed away, it’s important to continue the legacy she left.

For me, Princess Leia was the first strong female action and sci-fi hero; she was independent and adventurous, two traits I desperately wanted to imitate. My brother had plenty of action heroes that inspired his adventurous side, and when Princess Leia came along, I did too.

“Mostly what we are offered, when it comes to grown-up women, are a variety of corsets, be they of the literal or metaphorical kind” according to Glynnis MacNicol in her article, “In Defense of Princess Leia and ‘Star Wars’ Feminism,” published Aug. 14, 2015 by Elle Magazine. Leia was one of the first characters to break this mold. She wasn’t restricted by her clothes or societal expectations.

A lot of this relied on Carrie Fisher’s performance. Star Wars isn’t without bits of objectification toward women — mainly in “Return of the Jedi” when Leia is depicted as a slave to Jaba the Hut. However, “Fisher imbued the character with a toughness and resourcefulness” according to Adam Howard’s article, “Carrie Fisher Was a Feminist Force to Be Reckoned With” published Dec. 27, 2016 by NBC.

In addition, Fisher paved the way for the Star Wars heroines who followed her. In “Episode VII: The Force Awakens” and “Rogue One,” the Star Wars franchise tells the story of adventurous, independent and bold women. These characters might not have existed without Fisher’s interpretation of Princess Leia.

“The Force Awakens” actress Daisy Ridley said Fisher was an inspiration. “People have been asking me about crushes out of the original film, and I say you every time. They were like, ‘Is there anyone you particularly look up to?’ And I’m like, ‘Well, Carrie, obviously,'” said Ridley in a co-interview with Carrie Fisher on Oct. 30, 2015 for Interview Magazine.

Outside of her Star Wars character, Fisher was a strong voice for women in the film industry. In the same interview, she told Ridley, “Well, you should fight for your outfit. Don’t be a slave like I was,” referencing her revealing outfit in “Return of the Jedi.”

Fisher was outspoken about the expectations placed on her appearance. She was asked to lose 35 pounds before filming “Force Awakens.” “They don’t want to hire all of me — only about three-quarters! Nothing changes: It’s an appearance-driven thing. I’m in a business where the only thing that matters is weight and appearance. That is so messed up,” she said in an interview with Good Housekeeping on Dec. 7, 2015.

Through Fisher’s characters and experience as a woman in the film industry, one can see the accomplishments women have made, but also the changes that still need to come. She portrayed an iconic, strong-willed woman on film and was not afraid to speak out against the unfair expectations for actresses. Fisher was a maverick of the film industry and her spirit should be carried on into the next generation of actresses.