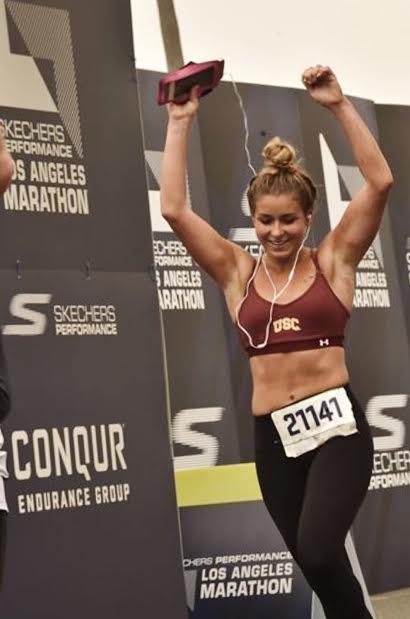 To compete in a collegiate sport is an accomplishment very few college students achieve. Going professional after NCAA competition ends is a feat even fewer athletes accomplish. For most college athletes, the NCAA is the end of the road, leaving them with a major shift in identity, from both student and athlete to neither in a matter of months.

For most high school athletes the probability of playing their sport in college is less than 10 percent, with a few sports having slightly greater chances, according to the NCAA. Furthermore, fewer than one percent of college athletes go on to play professionally, leaving most with a huge transition after their eligibility expires, according to another NCAA article.

This identity shift brings about obvious concerns. Athletes who have spent their whole lives focused on a sport must now learn how to direct that toward the pursuits. Instead of having coaches in charge of their physical fitness, athletes must be self-disciplined. After being around teammates everyday and working toward something greater, they now have only themselves. While equipped with unique experiences, athletes lose a lot of what define their lives up to college graduation.

According to an article published in Northwestern’s Helix magazine, many athletes feel relieved to be done with the pain and intensity of collegiate athletics, while others feel lost without their sport. Sport psychologists suggest that the best way to cope with the end of a career is to find new activities to channel similar passion into.

Katie Giacobbe, a 2015 graduate of Pepperdine who was a member of the swim team, has done this in her post graduate life.

“Swimming had literally been my entire life since I was 6,” she said. “So it was super weird when I finally finished conference and realized I didn’t have to go to practice the next day and didn’t have to compete anymore.”

While she said she worried about staying in shape and missing her teammates after she finished swimming, she ended up finding these things in a new way. She recently started teaching pilates, which she found a passion for after swimming ended.

Giacobbe recently competed in the Los Angeles Marathon, a goal she has always had, but never had time for alongside swimming.

“That was something I always wanted to do,” she said. “I ran my whole life, but swimming never allowed me to train for a run like that.”

Erin Polries, a senior at Washington University in St. Louis, more recently finished her swimming career. She said she knew it was time to be done earlier in the season, but started to be sentimental about its end toward the end of her career.

“Around December and during winter training, I was so ready to be done swimming,” she said. “My body didn’t recover like it used to and I found it physically and mentally difficult to keep practicing hard. I thought I would be relieved to be done. By the time February rolled around, I knew I was going to miss it. Perhaps I would feel a little lost. I had been swimming competitively since age 4 and it’s always been a huge part of my life.”

Northwestern’s article touches on this topic as well, saying that many athletes find the pressure of injury overwhelming and are relieved to give their bodies a break after graduating.

While the physical pain of collegiate sports is tough, the mental focus it helps to build sticks with athletes. Polries says that swimming has given her values that will drive her in the future.

“Swimming in general has made me very goal oriented and able to handle many things at once,” she said.

Giacobbe said the same of her experiences two years out from her career. She is in graduate school and still notices the impact of swimming on her life.

“It taught me discipline and time management,” Giacobbe said. “I’m in grad school now and I see a lot of people struggling to have time to do things. Its demanding for me, but not as demanding as undergrad because I’m not handling swimming on top of it.”

While Giacobbe finished swimming two years ago, she says she can’t imagine a time that she won’t be around the sport in some way.

“I’ve embraced that I’lll never be my best again, but that’s OK,” she said.

For collegiate athletes that see college as the end of the road, channeling their work ethic into new pursuits and finding new ways to stay in shape is essential to helping find a new identity.