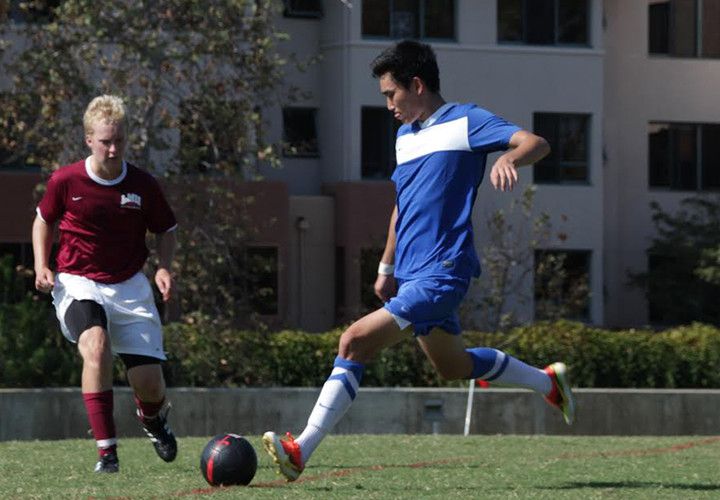 Men’s club soccer kicked off its season this weekend at Loyola Marymount University, playing to a scoreless draw.

Its league season carries on through the fall and consists of five games — three at home and two away.

“We have 24 on our roster this year,” junior midfielder and co-captian Kai Imazu said. “Our tryout process this season was tough due to a strong turnout of 30-34 players. But we’re really confident in the decisions we made for our final roster.”

The Waves compete in the West Coast Soccer Association (WCSA). The league is divided into six divisions exclusive to universities within California.

“If we finish well in conference play, there are options to go to playoffs and ultimately, a national championship between club teams around the country,” Imazu said.

In years past, the Waves have done well in the Central Division conference. Last year, they finished third overall, going 2-2-1 on the season.

Pepperdine has lost some key players due to preseason injuries, but their bench depth is encouraging.

“Our defense looks like it will be our strong suit this upcoming year,” senior goalkeeper and co-captain Andrew Cotton said. “We’ve already had a couple of major injuries to some of our key players, but our team is talented enough from top to bottom to pull through. We’re confident that we can compete for first place in the WCSA Central League and make it to the regional playoffs.”

Pepperdine opened up the season last weekend against LMU. They battled to a 0-0 draw. As the first game of the season, the Waves hope to build off the match.

“The LMU game was a hard-fought, physical match,” Cotton said. “Our defense played a fantastic game and only allowed a couple of shots on goal.”

The Waves were unlucky, missing a crucial goal-scoring opportunity in the second half.

“Mario Rodriguez had a shot that hit the side post of the goal and Maximus De Planta was in great position to get the rebound but kicked the ball over the goal,” Cotton said.

Club soccer is back on the pitch Saturday, Oct. 11, as they face California State University, Northridge at home at 1 p.m. 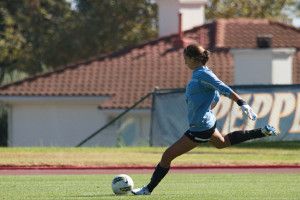 Photo by Marisa Padilla Women’s Soccer // No. 7 Pepperdine defeats Southern California 2-1 to claim yet another on-the-road...
Copyright 2018 Pepperdine Graphic
Back to top