Clothes for a Cause: Malibu’s Pop-Up Night of Fashion 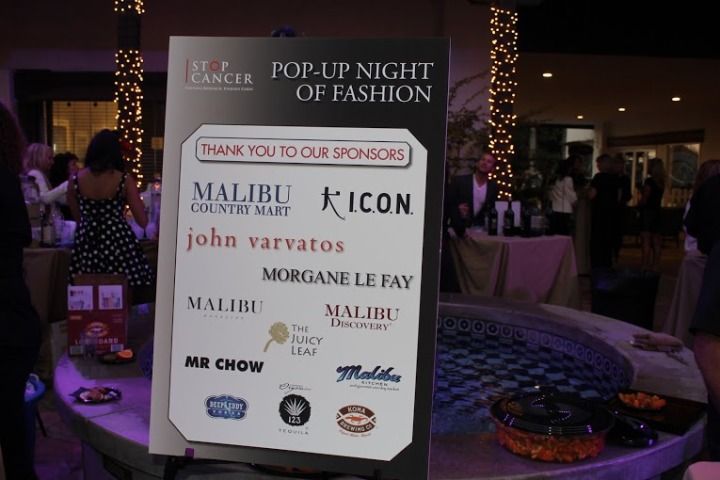 Clothes for a cost? More like clothes for a cause! Morgane Le Fay, John Varvatos, I.C.O.N., and Stop Cancer teamed up to make the fight against cancer the star of their runway at Malibu’s Pop-Up Night of Fashion.

On Thursday, Sept. 4, a fashion show was held in Malibu Country Mart, featuring looks by the famous fashion house, Morgane Le Fay and menswear designer, John Varvatos. Looks seen on the runway could be worn during the day, night and everything in between. The show boldly displayed that in a world where cancer never sleeps, fashion doesn’t have to either.

The recurring theme for women’s wear included feathers, flared skirts and lots and lots of tulle.

“Our basic design philosophy is that fashion can be a healing force for women and make them feel limitless. We believe in the ability for fashion to empower people, therefore if one feels good about what they’re wearing, then they will in general feel better,” said Christina Grande, Manager of the Morgane Le Fay store in Malibu.

The designs executed the image of a strong woman who can conquer anything life throws at her, including cancer.

The feminine pieces were paired with sleek hairstyles by I.C.O.N. for some extra edge. Co-Founder and Creative Director of haircare company, I.C.O.N., Chiara Scudieri, has a personal connection with the cause. She lost her mother at a “very young age” and her sister was also diagnosed. Scudieri herself was also diagnosed.

“When I was diagnosed it became even more personal. It’s a situation very near and dear to me. Being in the industry I’m in, I feel that I can touch so many people’s hearts and make some noise.” 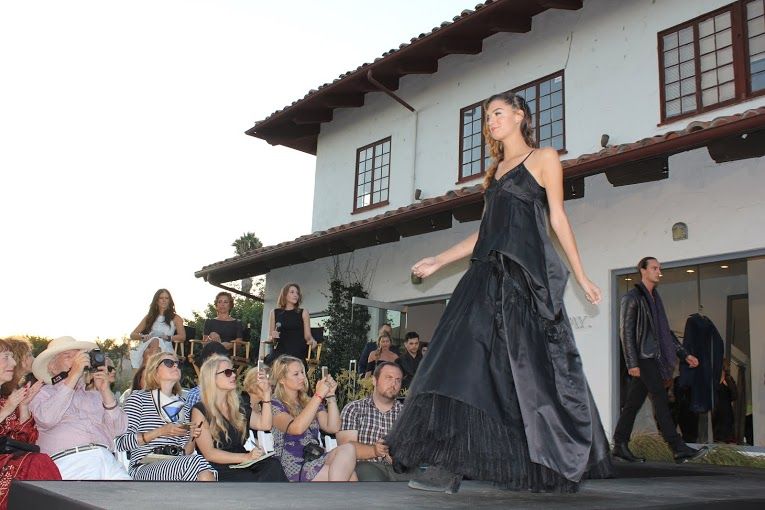 John Varvatos’ collection also grabbed attention on the runway. Menswear went back to basics with fitted suits and snazzy footwear that could make any girl swoon!

Both John Varvatos and Morgane Le Fay models represented the image of the brands well, but our focus fell on Pepperdine alumni power couple and models, Victor Armano Hammer and Angelia de Meistre-Hammer (’12). The Hammers not only walked in the show, but are also honorary board members of Stop Cancer.

“I am a part time model, and I love it because it keeps me in my element. For this show in particular, it felt amazing to give back to the organization,” said de Meistre-Hammer. “Modeling is a very public thing, it has the ability to make a difference.”

Over the last 26 years, Stop Cancer has raised 60 billion dollars for cancer research. Now with their passion for finding a cure combined with help from the fashion industry, cancer will be combatted in style, no pun intended. 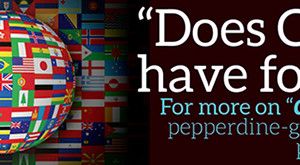 Art by Xander Hayes When abroad, Pepperdine students often speak of homesickness. For 9.95 percent of Seaver, that is a constant...
Copyright 2013 Jupiter Premium Magazine Theme
Back to top